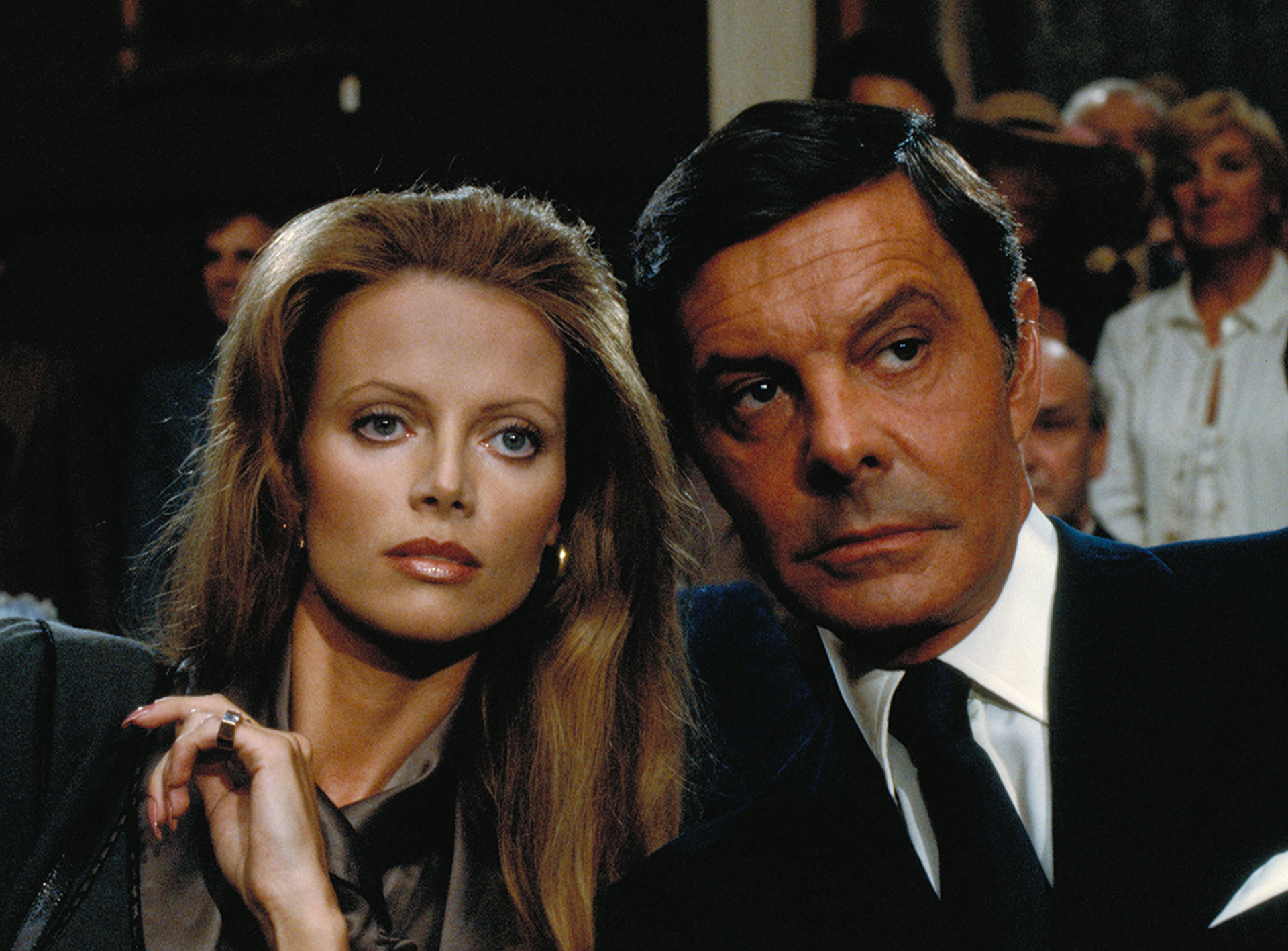 Charismatic and captivating, Octopussy’s Kamal Khan (Louis Jourdan) is an exiled Afghan prince with a taste for the finer things in life; priceless art, fine wines, expensive jewels. Yet Khan is as corrupt as he is cultured. The suave art dealer and international gem smuggler is in cahoots with the power-crazed Soviet General Orlov (Steven Berkoff) – the two men are plotting to create a ‘nuclear accident’ on a US air base in West Germany.This mishap will encourage NATO to abandon nuclear arms, allowing Orlov’s armies to invade Western Europe while Khan makes a fortune selling priceless masterpieces.

To finance this crazed scheme, the pair generate funds by Orlov stealing Soviet art treasures from the Kremlin Art Depository and replacing them with forgeries designed in the basement workshop of Khan’s Monsoon palace. They use Khan’s mistress Octopussy (Maud Adams)’s travelling circus as a front to smuggle the treasures into the West. Kahn and Orlov betray Octopussy by replacing the treasures with a nuclear warhead.

Bond (Roger Moore) first encounters Khan at an auction where the art collector is clearly desperate to purchase a real Fabergé egg. Bond swaps the real one for a fake, forcing Khan to pay £50,000 for a forgery. 007 tracks Khan back to his palace in India and exposes his cheating at backgammon. Bond is subsequently chased by Khan’s henchman Gobinda (Kabir Bedi) and his hoodlums but evades his pursuers in an auto rickshaw. Gobinda later knocks 007 unconscious and brings him back to Khan’s palace. Bond discovers Khan is working with Orlov and escapes.

As the action switches to Germany, Khan discovers Bond on board Octopussy’s circus train and forces him off. Bond chases the train in a stolen car but Khan is confident Bond will cease to be a problem. Preparing to return to India, unaware that Bond has defused the nuclear bomb (disguised as a clown), Khan starts to pack the smuggled treasures. His departure is thwarted by Octopussy and her gymnast guards who infiltrate his palace. While Octopussy’s guards deal with Khan’s men –  Octopussy confronts Khan but he pulls a gun on her.   Bond and Q (Desmond Llewelyn) arrive to the chaotic battle in a Union Jack hot air balloon. Khan kidnaps Octopussy and escapes first on horseback and then on a light aircraft. Bond gives chase.

Bond jumps onto the outside of the plane and engages Gobinda in hand-to-hand combat as Khan puts the plane through aerobatic manoeuvres. After flicking a metal antenna at Gobinda’s head, causing him to lose his grip, Bond detaches the fuel line sending the plane into a nosedive. 007 and Octopussy leap clear as Khan desperately tries to land the plane on a short runway. Unable to stop the plane falling off a cliff, Khan falls to an expensive death.