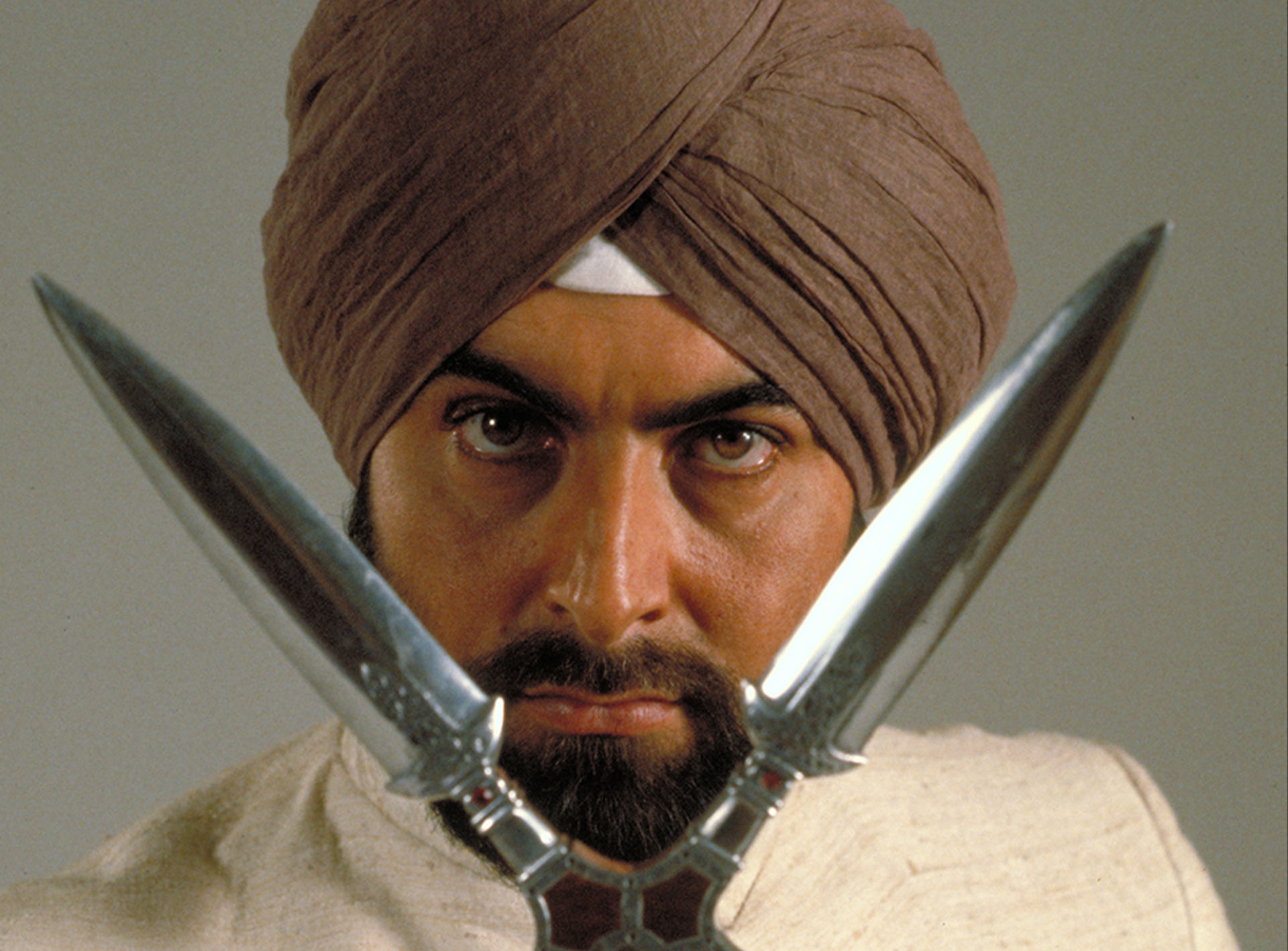 Commanding, extremely loyal and well versed in deadly antique weapons, Gobinda (Kabir Bedi) is a fearsome opponent for James Bond (Roger Moore) in Octopussy (1983). He is in the employment of amoral exiled prince Kamal Khan (Louis Jourdan), addressing his boss as “Your excellency”. Saying very little but with an intimidating presence, Gobinda is completely dedicated to eliminating any problem in Kamal Khan’s way.

Gobinda makes his mark on his first meeting with Bond by crushing the dice 007 uses to defeat Khan at backgammon with his bare hands. He subsequently tries to kill Bond on numerous occasions; by firing a blunderbuss at him from a tuk-tuk taxi, by shooting at him during a tiger hunt and attempting to cut him in half with a sword on top of Octopussy (Maud Adams)’s train.

Not to be deterred, Khan and Gobinda hire thugs, led by the nefarious Mufti (Tony Arjuna) to assassinate Bond. Under Gobinda’s directive, the hired hands kill Bond’s Indian contact Vijay (Vijay Amritraj) using a yo-yo saw. Later they employ snorkels disguised as lily pads to cross the lake surrounding Octopussy’s floating palace. Sneaking inside, they try to kill Bond in bed until he notices water dripping from the saw’s blade and evades the attack just in time. In the ensuing fist fight, Bond pulls the assassin over the balcony using the weapon’s cord. The brawl continues in the lake outside the palace until the killer is mauled by a crocodile.

In the final showdown with Kamal Khan on board a Beech 18 aircraft in mid-air, the prince sends Gobinda out of the plane to tackle Bond who is hanging onto the fuselage. During the struggle, 007 pulls back the antenna and whips it into Gobinda’s face. The sting forces the usually implacable henchman to lose his grip and plummet to his death.