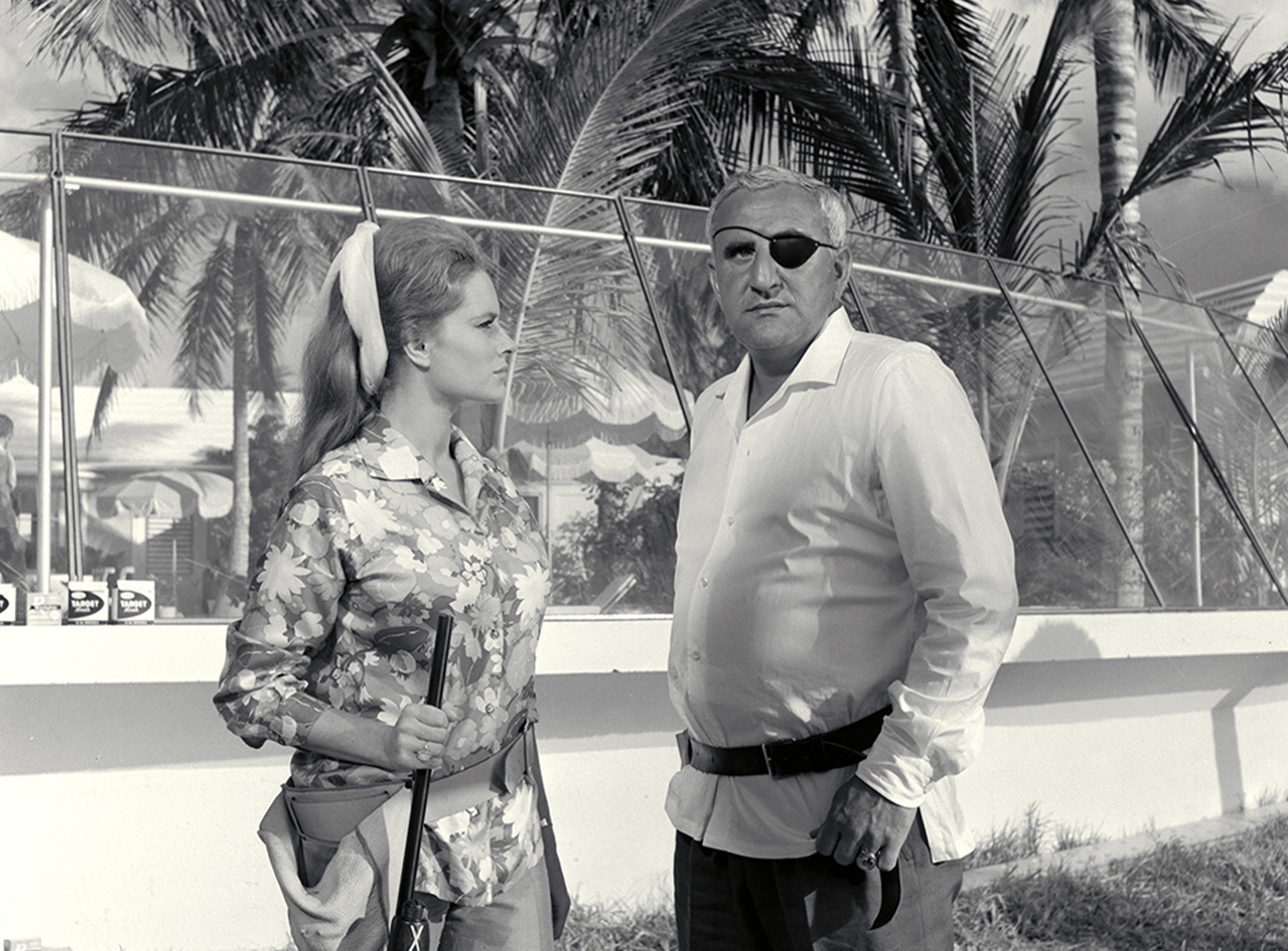 The head of SPECTRE’s Execution Branch, Thunderball’s (1965) Fiona Volpe (Luciana Paluzzi) is a deadly weapon herself. Cunning, strategic and alluring, she seduces her prey, often by playing on their egos, before sending them to their doom. Volpe plays a key role in SPECTRE’s plan to ransom two atomic weapons and is strong enough to stand up to No. 2 Emilio Largo (Adolfo Celi), rebuking him for trying to kill James Bond (Sean Connery). She (reasonably) points out Bond’s death would lead to the British Secret Service discovering SPECTRE’s plan.

Volpe becomes NATO pilot Francois Derval (Paul Stassino)’s lover in order to steal the Vulcan plane and its cargo of two atomic bombs, a key component in the plot to blackmail NATO for the sum of $100 million. She sets up Derval to be killed by mercenary Angelo Palazzi (also played by Stassino) who demands more money for impersonating the pilot. Count Lippe (Guy Doleman), the second of three conspirators, threatens Palazzi with a pistol but the more pragmatic Volpe tells him to put it away. She agrees to Palazzi’s requests to keep the plan on schedule.

Once the plan has been successful, Volpe is charged with killing Lippe for hiring the avaricious Palazzi. The following day, Volpe destroys Lippe’s car by shooting a missile from her BSA Lightning A65L motorcycle. She subsequently pushes the bike into a lake to hide the evidence.

Volpe meets Bond when he flags down her car in the Bahamas. As she drives him to the Coral Harbour hotel, he notices the SPECTRE insignia on her ring. Fiona holds British Secret Service operative Paula Caplan (Martine Beswicke) hostage but Caplan takes a cyanide pill before she can divulge any information. Bond discovers Fiona is his closest neighbour and sneaks into her apartment where he finds her in the bath.

The next morning, as Bond leaves, he comes face to face with Largo’s henchmen Vargas (Phillip Locke) and Janni (Michael Brennan) and turns to see Volpe holding him at gun-point. Taking him captive, the group sit in traffic at the Junkanoo street parade until Bond knocks a reveller’s alcohol into the car and uses Volpe’s lighter to set the car interior on fire.

Bond flees into the crowd, pursued by Volpe and her men, and attempts to disappear among the dancers in the Kiss Kiss Club. He starts to dance with a woman but Volpe cuts in. A henchman takes aim at Bond behind a curtain but 007 spins Volpe into the trajectory of the bullet. Bond slips Volpe into an empty chair, quipping to the couple at the table, “Mind if my friend sits this one out? She’s just dead.”