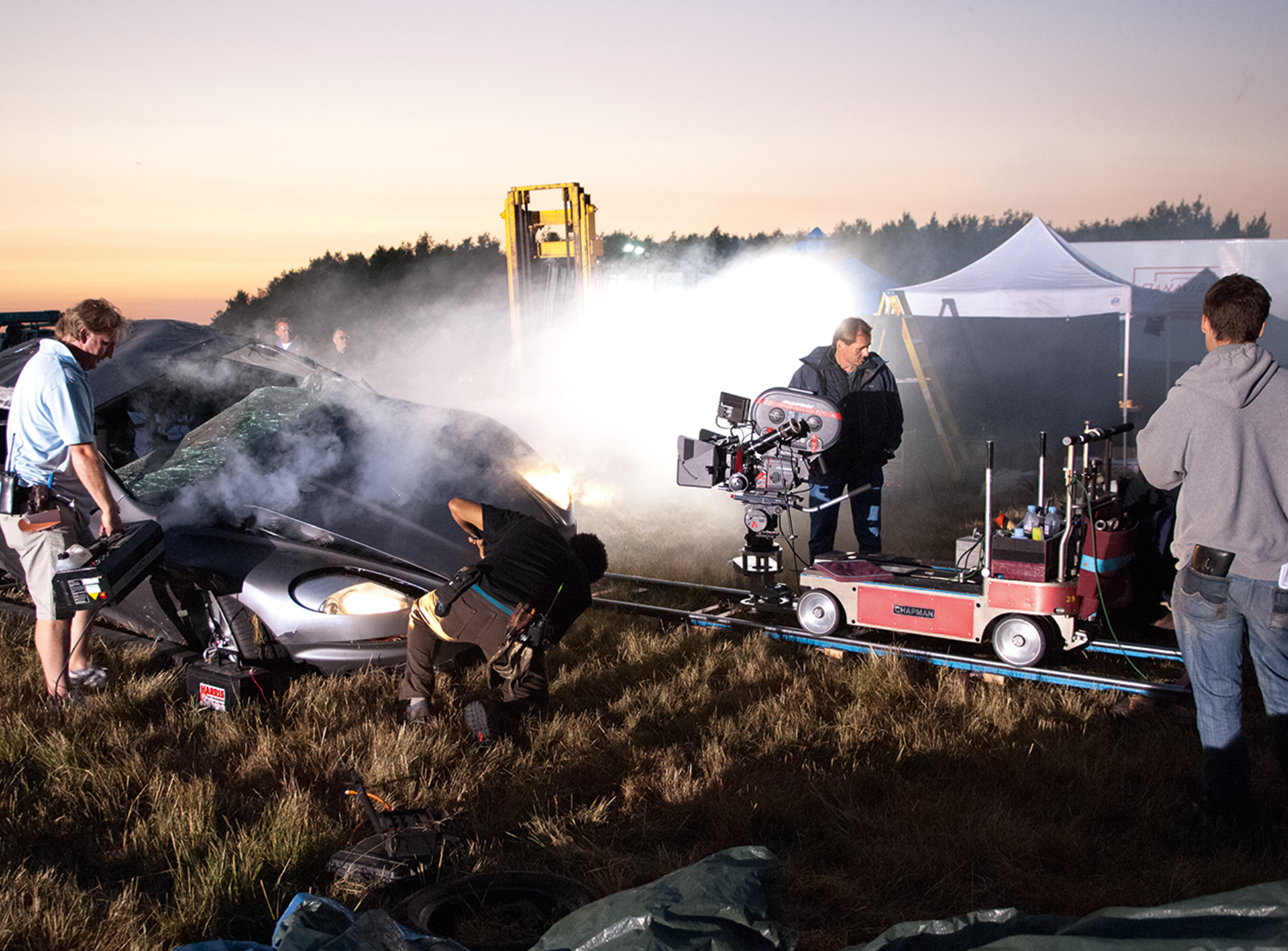 The Aston Martin DBS car flip provides perhaps the most heart-stopping moment in Casino Royale (2006). Discovering treasury officer and new love Vesper Lynd (Eva Green) has been kidnapped by terrorist banker Le Chiffre (Mads Mikkelsen), James Bond (Daniel Craig) sets off in hot pursuit, speeding through the countryside of Montenegro. Without warning, he is confronted by Vesper tied up in the middle of the road so takes evasive action, forcing his Aston Martin DBS to barrel roll into the surrounding woods.

The DBS wasn’t scheduled to launch until the following year so Aston Martin’s prototype workshop hand-built two cars for use in close-ups, and three stunt cars to participate in the stunt. While the main unit were filming Bond’s destruction of Miami airport, second unit director Alexander Witt assembled his team in Millbrook Proving Ground, a vehicle testing centre in Bedfordshire, England, to capture the car flip. Having set up a ramp and tested it with cars which approximated the DBS’s weight, Stunt Coordinator Gary Powell and stunt driver Adam Kirley discovered a snag — the Aston Martin wouldn’t roll over.

To help save the stunt, the crew raised the ramp to 18 inches without success, then attempted it at almost two feet high, with Kirley hitting the ramp at 80mph. The $200,000+ car took off, levelled out and landed on a mannequin of Vesper laid out for the shot. As a remedy, Special Effects Supervisor Chris Corbould and his crew fitted the car with an air cannon that utilised pressurised nitrogen to fire a ram out of the bottom of the car and flip it at exactly the right moment. When Kirley triggered the cannon, this time it rolled.

“We were going to be happy with a couple of rolls, maybe three at a push,” remembered Kirley. “As I hit the button the car flipped, landed on its roof and then started to roll. I could feel that we were going for quite a few rolls, so it was just a case of holding on for the ride.”

The stunt not only became one of the most spectacular in the series’ history, it also inadvertently set a new world record — the car rolled seven times, confirmed by the Guinness Book of Records as the most cannon rolls ever completed in a car.