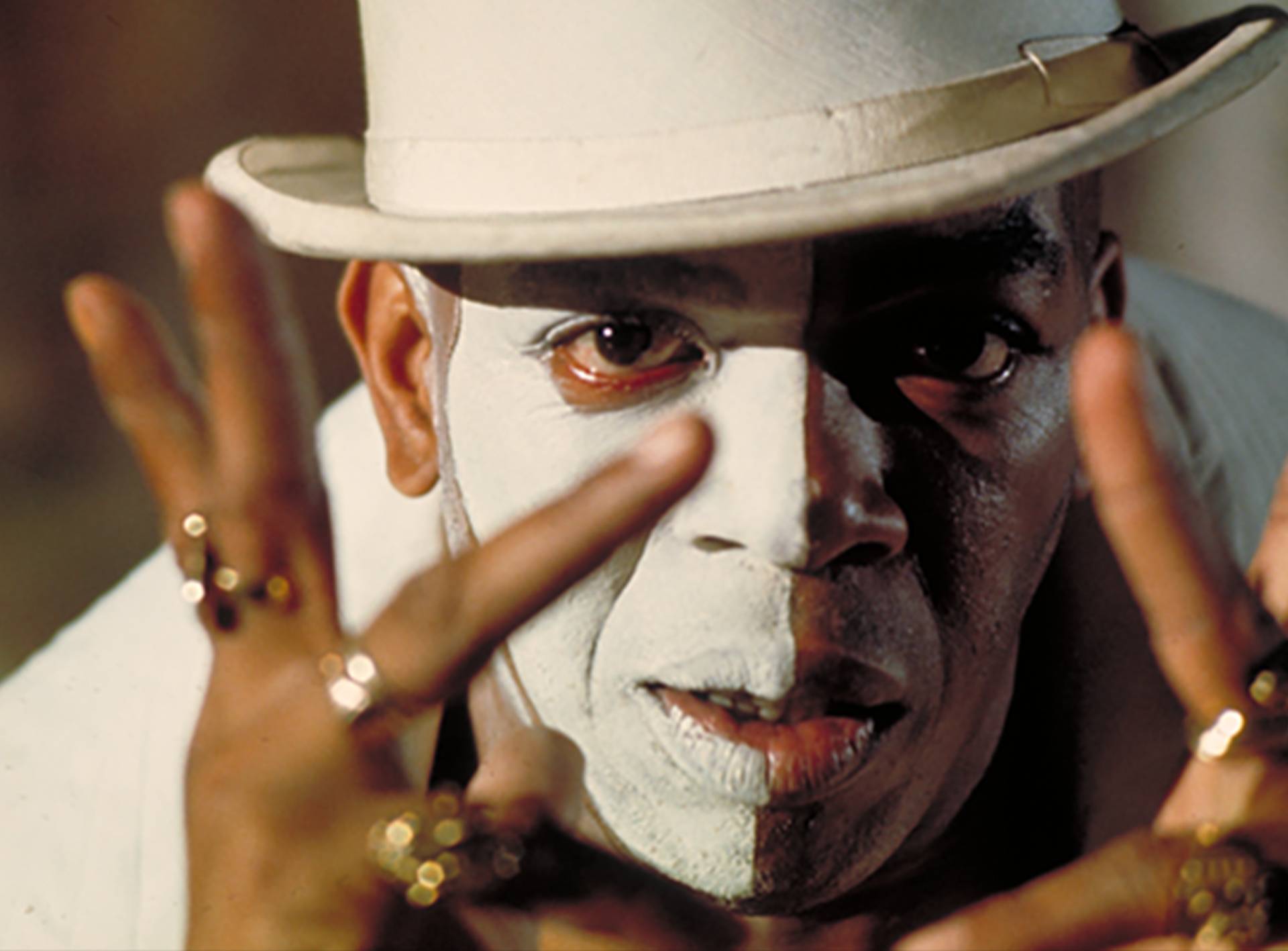 The legendary figure of Baron Samedi is a mischief-maker who both tempts and punishes humans. In Live And Let Die, the host at a show for tourists in San Monique describes Baron Samedi as the “voodoo god of cemeteries and Chief of the Legion of the Dead, the man who cannot die.” Dr. Kanaga employs a man who claims to be the Baron (Geoffrey Holder) to instill fear in his minions and to protect his thousands of acres of poppy fields. He crosses Bond and Solitaire’s path several times before Bond throws him into a coffin filled with poisonous snakes, apparently killing him. But nothing is certain where the God of Cemeteries is concerned, and Baron Samedi sits mockingly on the front of the Crescent train at the film’s end.