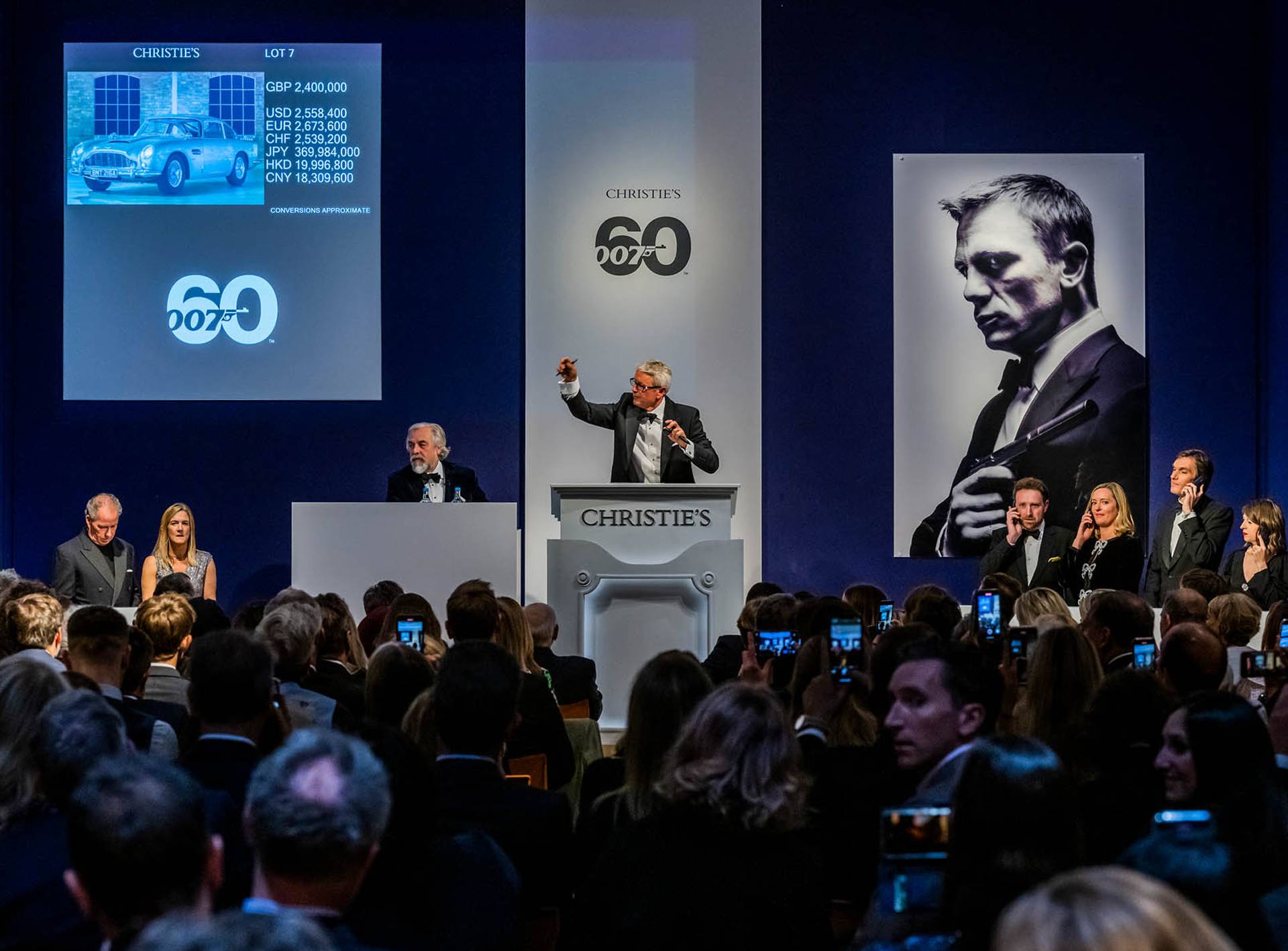 The Sixty Years of James Bond: Part I – Live Charity Auction in conjunction with Christie’s has raised over £6 million for charitable causes.

Taking place in London yesterday evening (28 September), a grand total of £6,103,500 was achieved across 25 lots, ranging from vehicles and props to memorabilia signed by cast and crew.

Across Part I – Live Charity Auction and Part II – Online Auction which ends on 5 October, over 45 charities will benefit from 100% of all proceeds; recipient charities represented in last night’s sale include The Princes Trust, UNHCR and Severn Hospice.

The iconic egg from Octopussy raised £327,600 for UNICEF, over 54 times its estimate, while the OMEGA Seamaster Diver Watch as worn by Daniel Craig sold for £226,000 in aid of Time’s Up UK.

In addition to Bond Producers Michael G. Wilson and Barbara Broccoli, Bond alumni in attendance included No Time To Die’s Dali Benssallah, Samantha Bond, The Living Daylights’ Maryam d’Abo and A View To A Kill actress Carole Ashby. Video messages from Daniel Craig and Pierce Brosnan were played to those in attendance.