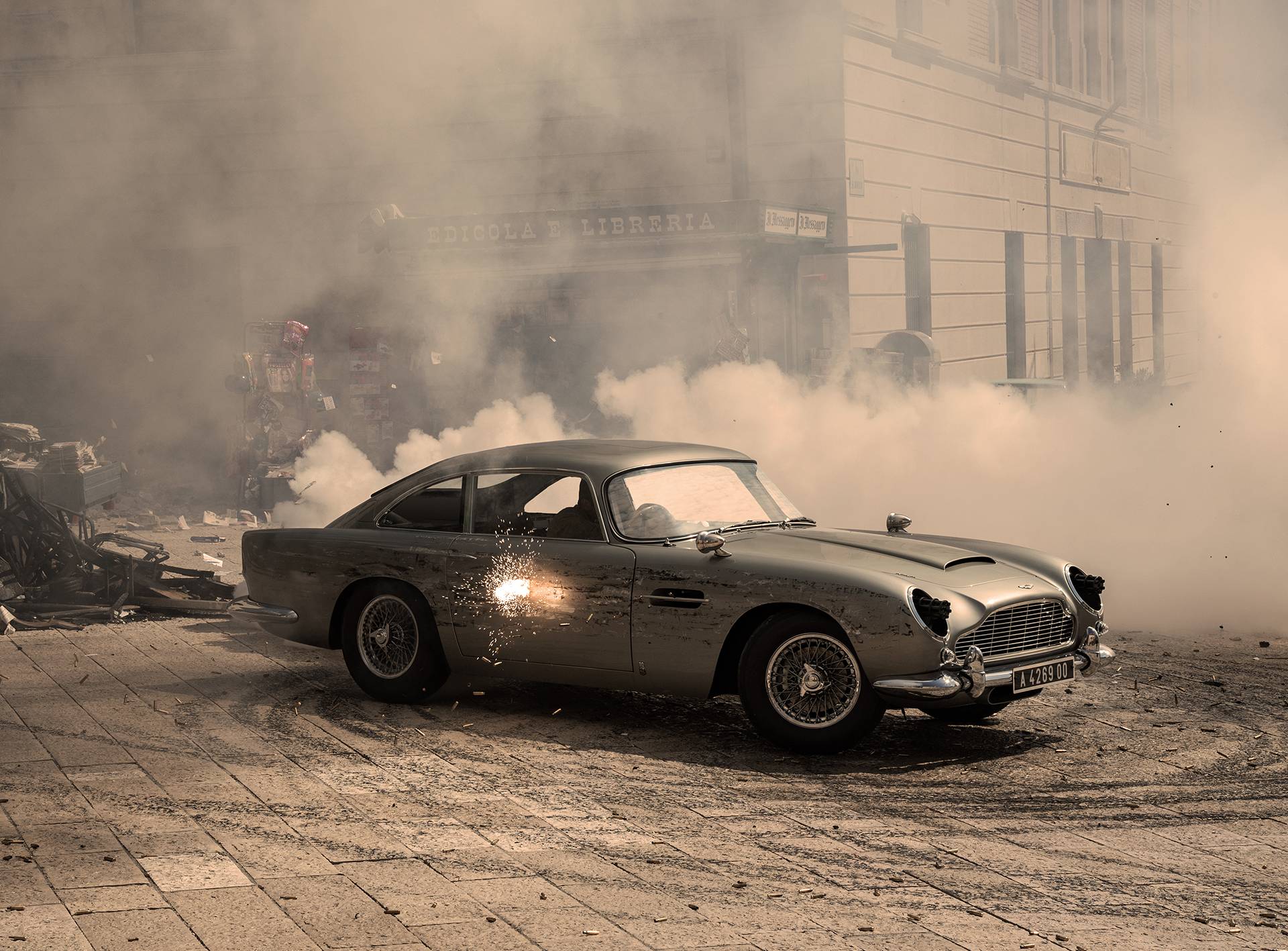 Cars from No Time To Die will be in pole position at Silverstone for The Classic over the coming bank holiday weekend, 26-28 August.

Eight vehicles will be on show together for the first time before going under the hammer at the 60 Years of James Bond Christie’s charity auction in September. Topping the bill at The Classic is an iconic Aston Martin DB5 stunt car driven by James Bond in the opening chase sequence in Matera, Italy. It is the only DB5 stunt car ever to be released for public sale and is expected to raise between £1,500,000 and £2,000,000 at auction.

Silverstone has a history with Bond dating back to 1965 when the track was used to film Sean Connery driving an Aston Martin DB5 as part of a Thunderball chase sequence. The DB5 will once again line-up at the circuit alongside seven other No Time To Die vehicles, including an Aston Martin V8 and Triumph Scrambler 1200 XE – used by James Bond – and limited edition Land Rover and Jaguar models driven by Safin’s team.

Get tickets for The Classic 2022 here.