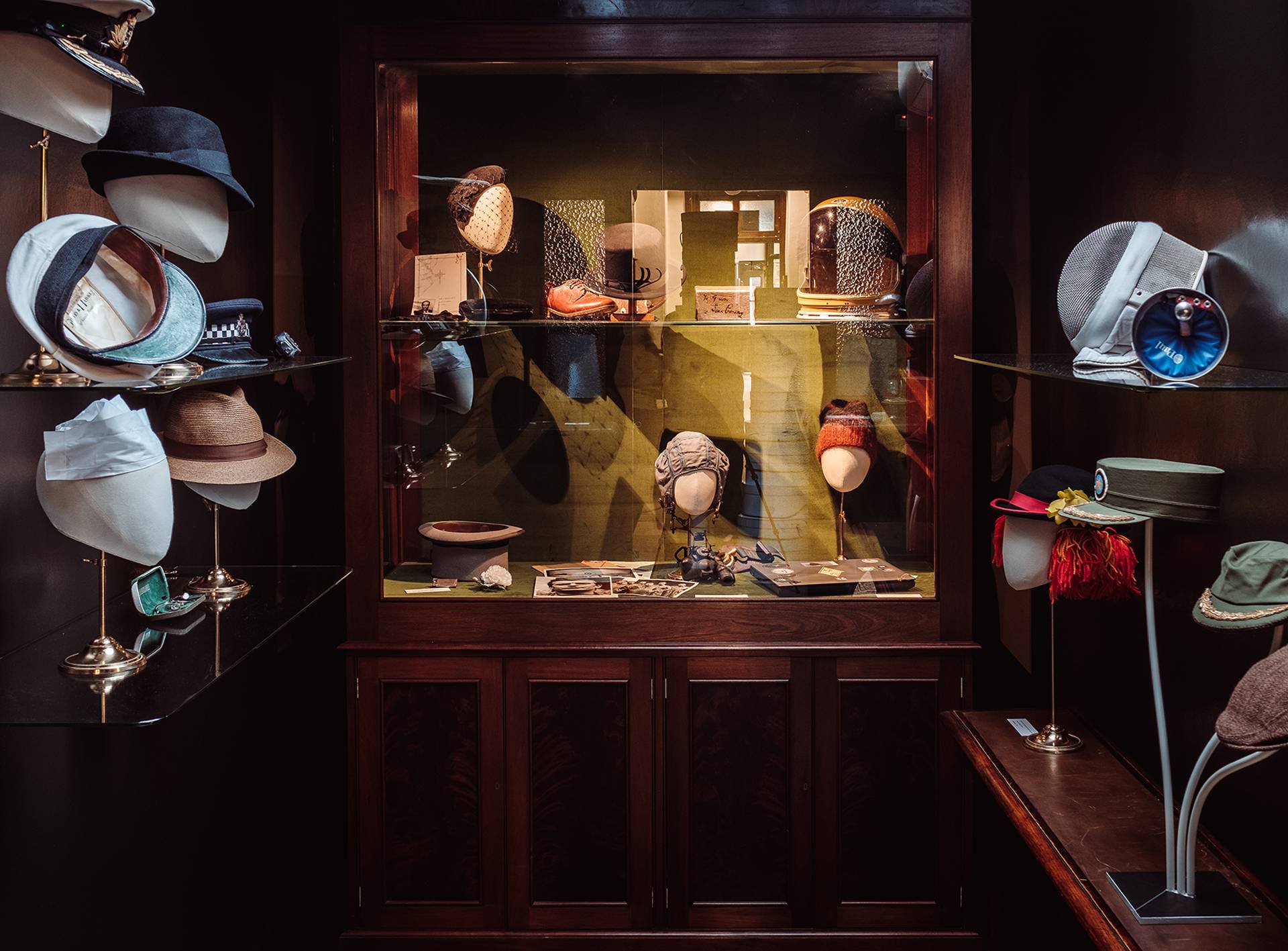 60 Years of James Bond Hats, an exhibit featuring hats from the EON Productions Archive, took place in London. The 60th anniversary display opened at the oldest hat shop in the world, Lock & Co. Hatters, on October 26 by The Living Daylights actress Maryam d’Abo.

The exhibit was curated by EON Archive Director Meg Simmonds and included many never-shown-before pieces. Meg tells us more:

“We had all six decades of Bond represented in this mini exhibition. From Oddjob’s SFX hat seen in Goldfinger in the 60s, to Monica Bellucci’s funeral hat seen in Spectre in 2015. We included extra props to set the scene – so for example Q’s laptop and hotel pass to accompany the woolly beanie he wears in the mountain sequence in Spectre; Goldfinger’s golf shoes are shown with the Oddjob hat; fencing foils from Die Another Day set-off Bond’s fencing mask; and an inscribed Best Man lighter Felix gives to Bond in The Living Daylights, is shown with Tim’s bullet-damaged top hat. It was fun to be able to create little tableaus around each of the hats to give them context. We also had two full costumes from the Spectre Mexico City Day of The Dead scenes – Bond’s stunning hand painted skeleton tux alongside Estrella’s look.

“Some of the 19 hats on display had never been shown before. We’ve never exhibited Sir Roger Moore’s clown hat from Octopussy or Maryam’s nurse hat from The Living Daylights – probably because those costumes were both ‘disguises’ that didn’t, in a single look, sum up their characters. But it is fun to revisit those moments and plotlines. I hope visitors enjoyed seeing these pieces from the archive.”

To mark the 60th anniversary of James Bond on screen, two new Lock & Co. hats have been released in the 007 retail collaboration. The ‘James’ Trilby is a recreation of the original Lock & Co. hat worn in the very first 007 gun barrel sequence in Dr. No. Built on the same blocks, the new hat is crafted in luxury Escorial wool. This is joined by a limited edition ’Sixty’ Baker Boy cap, inspired by the style of James Bond, made in navy wool with an anniversary satin lining. Both hats are available now at 007Store.com.