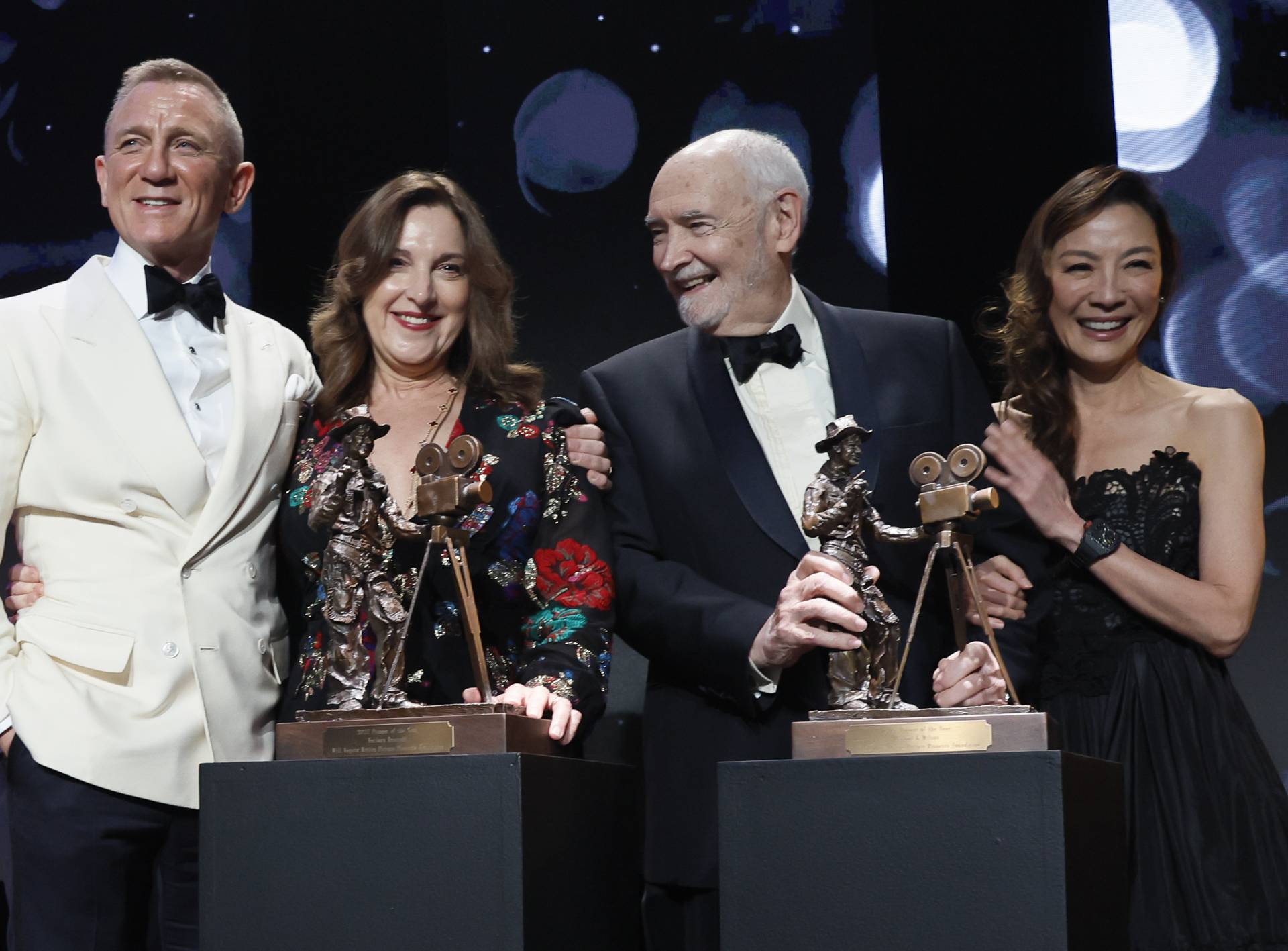 Michael G. Wilson and Barbara Broccoli were honoured by US film industry charity, the Will Rogers Motion Picture Pioneers Foundation, last night in Beverly Hills (21 September). The Bond producers were guests of honour at the 2022 Pioneers of the Year Dinner, where they were presented with their award by Daniel Craig and Michelle Yeoh.

The event has been running for over 70 years and celebrates leaders in the film industry whose career achievements and commitment to philanthropy is exemplary. Alongside philanthropy, the evening was a celebration of the Producers’ cinematic achievements and the franchise’s 60th anniversary. The night also featured a special live set by multi-platinum, GRAMMY, BRIT, Golden Globe and Oscar winning artist/songwriter Sam Smith.

This year’s event raised $1.5 million for the benefit of the Pioneers Assistance Fund which provides financial assistance to individuals in the motion picture distribution and exhibition community who are encountering an illness, injury, or a life-changing event.