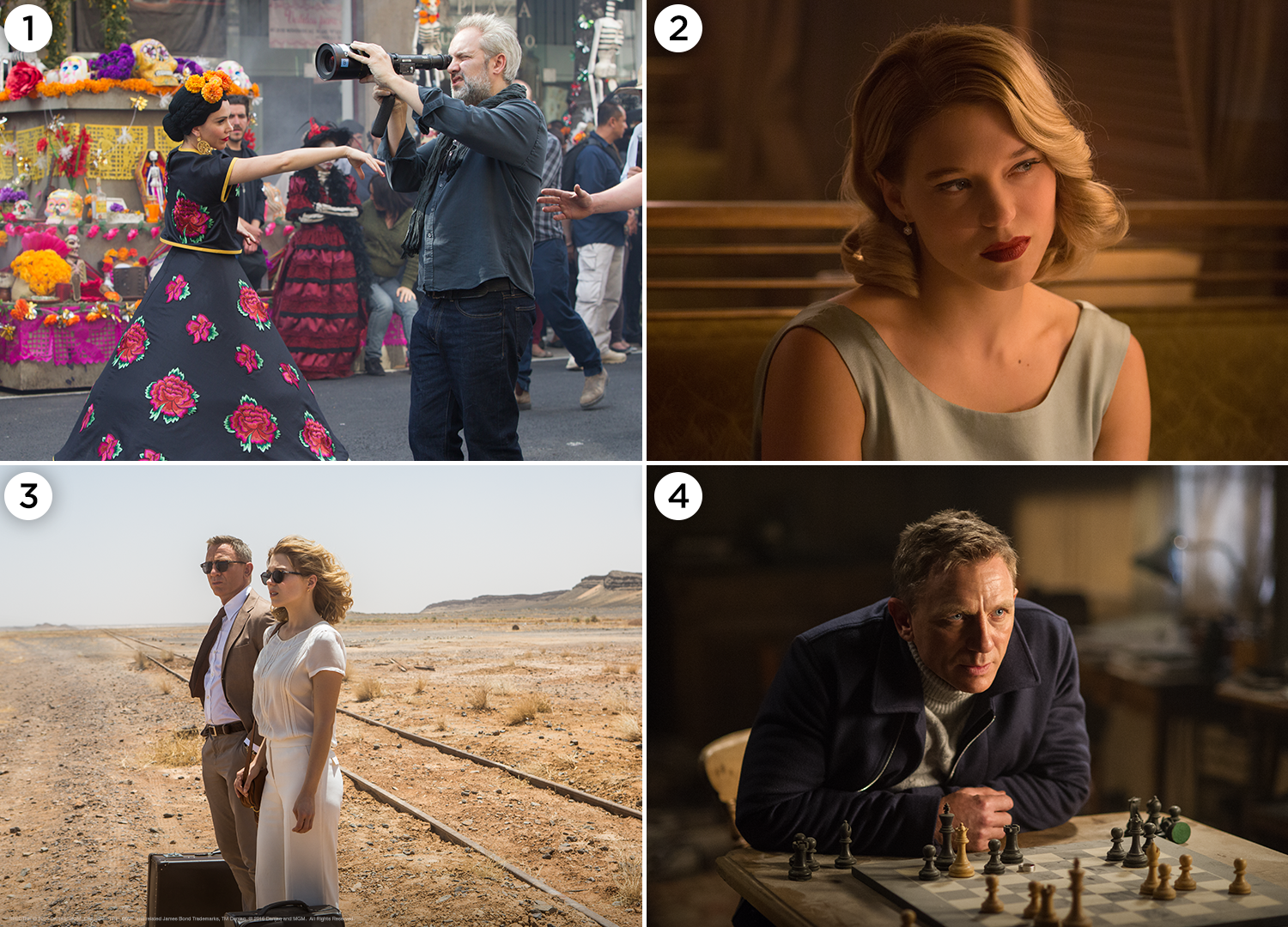 Zoe Tahir, Bond Hair Designer is nominated for Best Contemporary Hair Styling for her work on Spectre at the 2016 Make-Up Artist and Hair Style Guild Awards this weekend. Here she explains some of Spectre’s iconic hair styles….

1.
“The dresses, the movement and the unity of the group inspired me for this sequence. I instantly knew I wanted the dancers on wheels to look like identical peg dolls, this then led to the idea of making their wigs from wool. It was clear they needed centre partings, waves and balls of wool for buns, finished off with traditional flowers.”

2.
“I initially struggled logically with this look, Lea really wanted vintage glamour and the dress did suggest it but I like a bit of realism and she’s on a train in the middle of a desert with no beauty salon I presume. Then I figured what the heck it’s a Bond film and this girl can pull apart and reassemble a gun in less than 10 seconds flat, she can for sure throw a few rollers in her hair!”

3.
“The hair for this scene evolved on its own, the weather was fierce and the more windswept it got the better it looked. Nothing like a sandstorm for some sexy Bond hair!”

4.
“I love Daniel’s hair in this scene, he has just travelled across a lake with a hat on so I wanted his hair to look disheveled and relaxed. I love the texture and movement, a nice change from the perfect hair he usually has and it really suits him.”