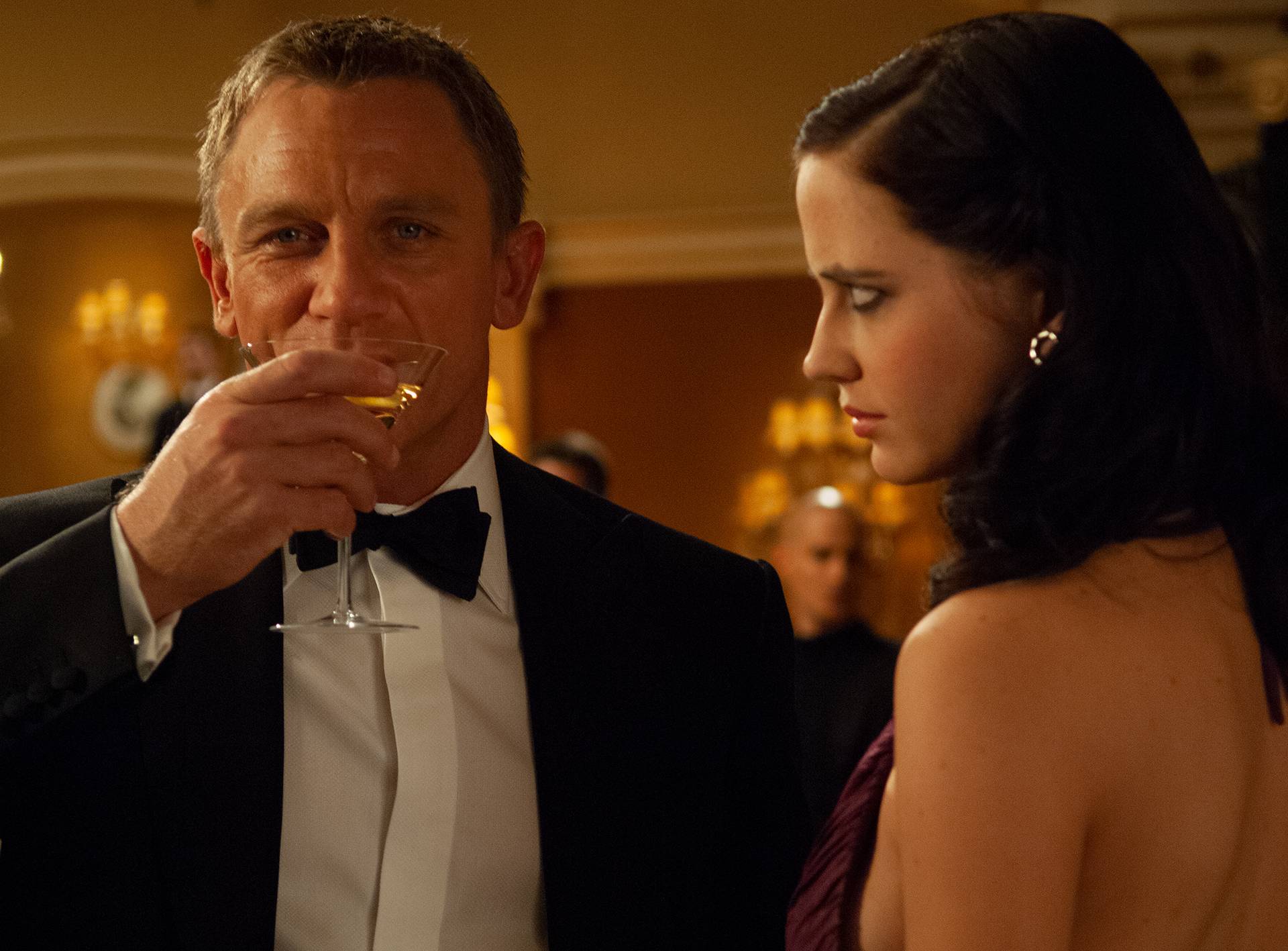 Famous for his discernment in all things, James Bond is at his most assured when ordering and appreciating drinks. His penchant for a particular type of martini is evident from the beginning of the film series – it being his first cinematic drink in Dr. No (1962). On assignment in Jamaica, a white-jacketed steward brings him “One medium dry vodka martini, mixed like you said Sir, and not stirred.”

In Sean Connery’s third outing as Bond in Goldfinger (1964), we hear 007 say those now familiar words. As he wakes up on Goldfinger’s private Lockheed JetStar after being tranquilised, inflight assistant Mae-Lei asks, “Can I do something for you Mr. Bond?” His reply, “Just a drink. A martini, shaken not stirred.”

Since then the vodka martini has been a constant presence in 007’s world. It came to the forefront once again with the arrival of Daniel Craig as Bond in 2006’s Casino Royale. This time with a twist. Facing Le Chiffre across the casino table, Bond calls the barman over and asks for what he later names a Vesper. The order is “Three measures of Gordon’s, one of vodka, half a measure of Kina Lillet, shake it over ice, and then add a thin slice of lemon peel.” Later, when Vesper asks Bond if he named the drink after her “because of the bitter aftertaste”, he replies that he named it for her, “because once you have tasted it, you won’t drink anything else.”

A change of style was seen in 2015’s Spectre. James and Madeleine enjoy ‘dirty’ martinis onboard the train heading to Blofeld’s desert base. Served with olives instead of lemon, this variation is usually made with the addition of a shot of olive brine.

To shake or to stir? The subject has been debated by mixologists and scientists the world over. Purists would argue for stirring saying it chills the molecules in the vodka without bruising and altering their original taste. Bond would argue that a vodka martini that isn’t shaken is no martini at all. Certainly there is an energy and aeration in the shaken drink that provides a cleaner colder taste. Shaken or stirred, the choice is yours. But Bond, as legions of defeated villains will tell you over the last 60 years, is a tough man to argue with.

Which martini suits your style? Bond’s signature martini is neat, sophisticated and potent. It features a twist of lemon peel and can be customised to suit your tastes by adding less or more dry vermouth.

The Vesper martini combines gin, vodka with Kina Lillet liqueur, a fortified wine that was phased out by its maker in 1986. You can use Lillet Blanc with a dash of bitters to get the same authentic botanical flavour. If you prefer a more salty, bitter taste, the dirty martini is worth a try.

Shake to mix, pour into a martini glass, rub peel around the glass rim before placing it in the drink

Shake to mix, strain into a martini glass, rub peel around the glass rim before placing it in the drink

Shake to mix, strain into a martini glass, garnish with olives on a cocktail stick