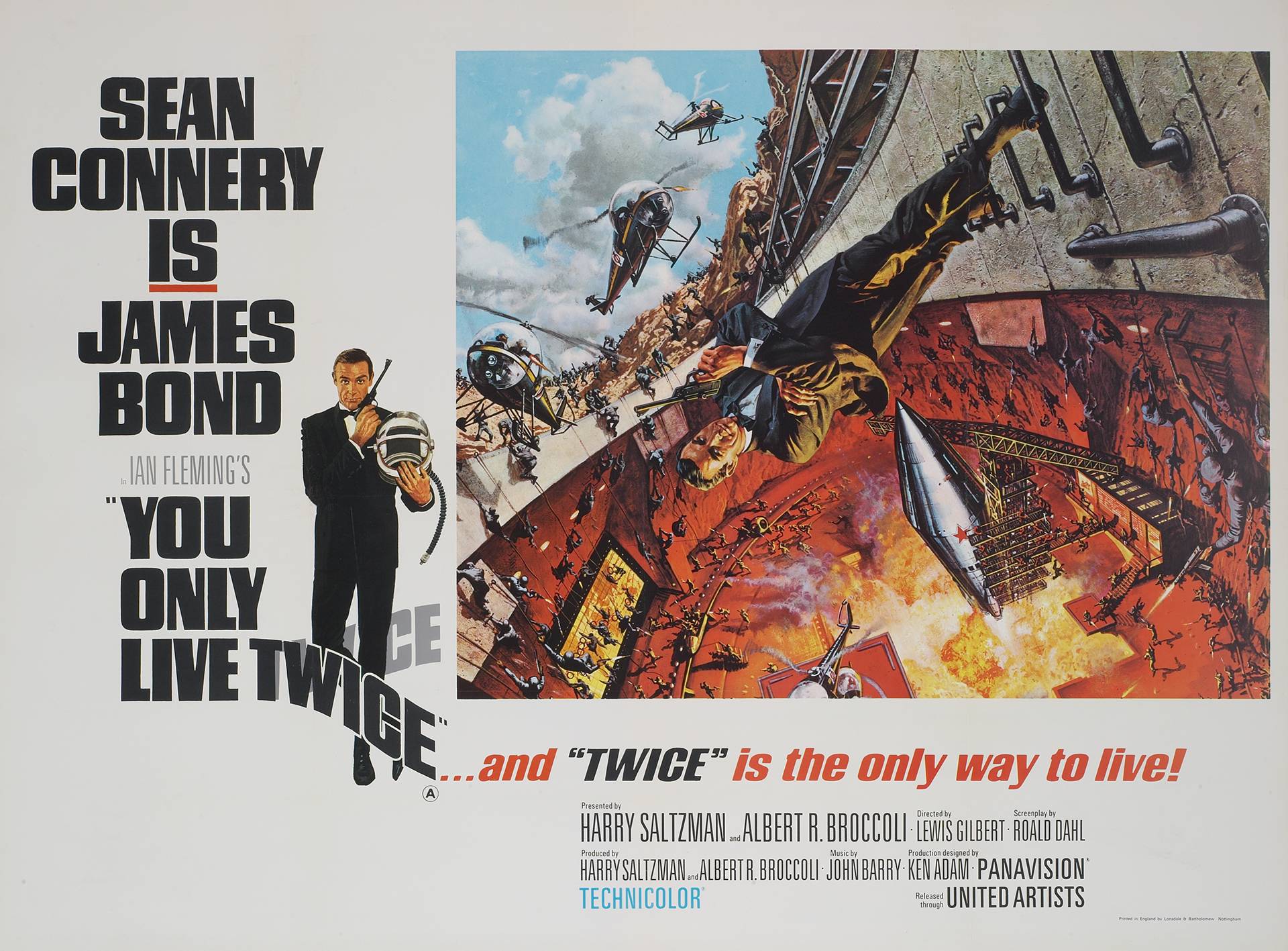 James Bond is assassinated by Chinese agents in Hong Kong, but it is a ruse so that Bond can travel incognito to Japan and investigate the hijacking of American and Russian spacecraft. Together with Tiger Tanaka and Aki of the Japanese Secret Service, Bond traces a supply of liquid oxygen, which is use to fuel rockets, to a southern Japanese island. So that Bond can live on the island without arousing suspicion, he becomes Japanese in appearance, trains with Tanaka’s ninjas, and marries Kissy Suzuki. Bond and Kissy look into the mysterious death of a fishing girl, and discover that SPECTRE, commanded by Ernst Stavro Blofeld, have a secret rocket complex hidden inside a volcano. Bond, Tanaka, Kissy and the ninjas attack the base, and stop Blofeld from detonating a nuclear war between Russia and America, but Blofeld escapes, leaving the base to self-destruct.

“You Only Live Twice” – performed by Nancy Sinatra, lyrics by Leslie Bricusse, music composed and conducted by John Barry

Sean Connery’s wife, Diane Cilento doubled for Mie Hama in the diving/swimming scenes because the Japanese actress was not a confident swimmer

The sumo wrestlers would not ‘fake’ a match and therefore this scene was shot with a real match taking place and a crowd of 8,000

The volcano set cost more than the entire budget of Dr. No