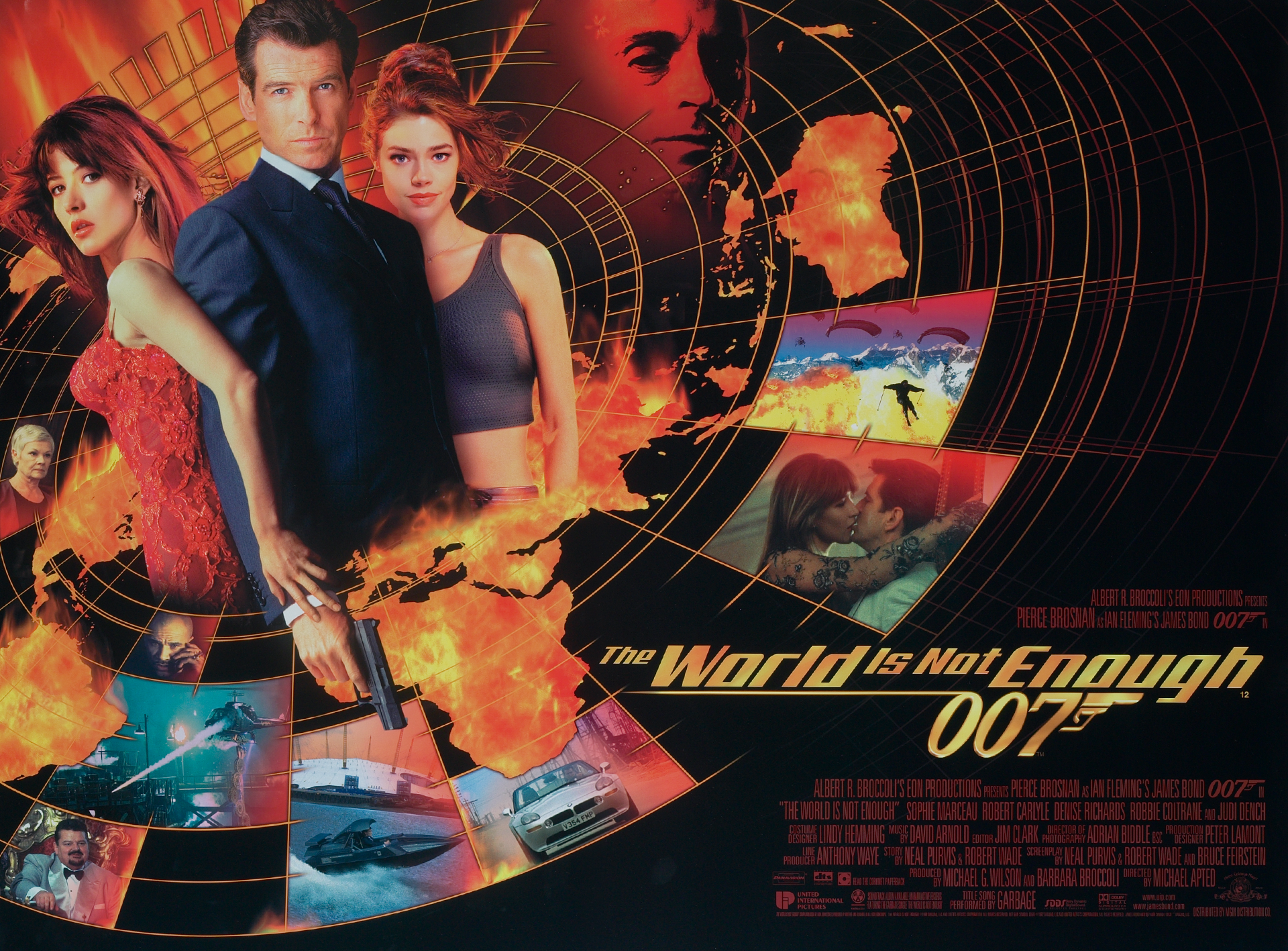 Following the murder of her father, oil magnate Sir Robert King, Elektra is assigned a bodyguard – MI6’s top agent James Bond. Sir Robert, an old friend of M’s, has been assassinated by terrorist Renard, who also seems to be targeting the 800-mile King pipeline, under construction from Azerbaijan to bring oil to the West. Freelance terrorist Renard has a bullet lodged in his skull following a run-in with 009; slowly dying, he feels no pain. Bond and Elektra become emotionally involved, but it transpires that Elektra, previously the victim of a kidnapping plot by Renard, seduced him and has engineered the takeover of her father’s business empire. Elektra kidnaps M and plans to detonate a nuclear explosion in Istanbul, contaminating the Bosphorus and ensuring the King pipeline is the sole oil route west. Bond, aided by atomic physicist Dr Christmas Jones, kills Elektra and Renard, rescues M, and prevents the cataclysm.

“The World Is Not Enough” – performed by Garbage, lyrics by Don Black, written by David Arnold

Bond (Pierce Brosnan) on skis for the fifth time on location in Chamonix, France doubling for the Caucasus Mountains between the Caspian and Black Seas

Stunt co-ordinator Simon Crane selected champion extreme skiers Francine Moreillon and Stephan Dan to double for Sophie Marceau and Pierce Brosnan because they were also expert guides who knew the rocks, crevasses and other hazards of Mont Blanc and the surrounding mountains

Shooting took place at 12,000 feet to get the virgin snow and rugged backdrop that second unit director Vic Armstrong wanted

The 14 minute pre-title sequence is the Bond series’ longest