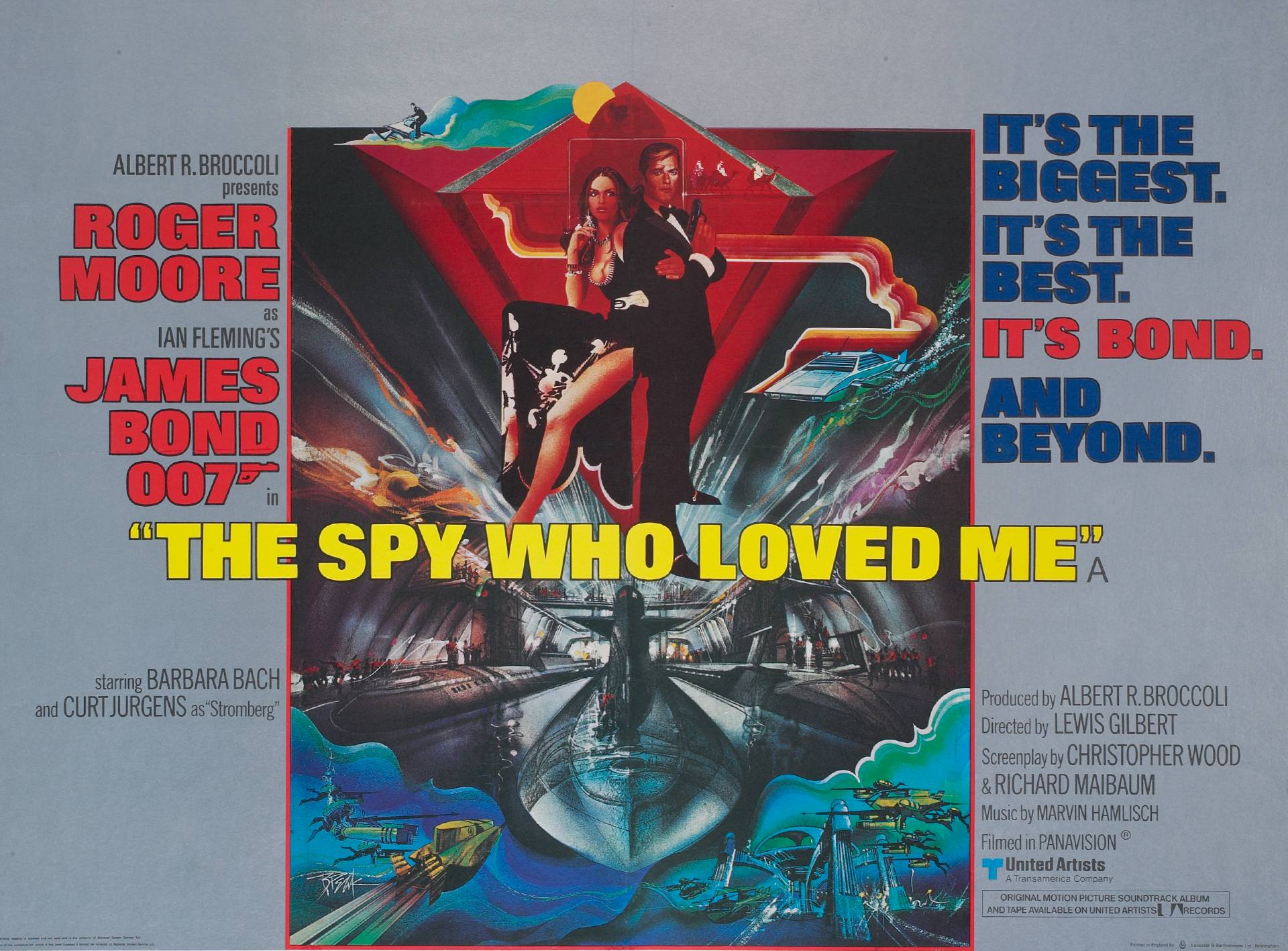 After British and Russian submarines carrying nuclear warheads vanish, James Bond travels to Egypt, where illicit microfilm plans for a submarine tracking system are being offered for sale. In Cairo he meets KGB agent Major Anya Amasova, who is on the same mission. After their contact is murdered, they fight Jaws, a steel-toothed villain in the pay of industrialist Karl Stromberg. MI6 and the KGB order Bond and Amasova to work together. In Sardinia, they encounter Stromberg and suspect that he is behind the submarine disappearances. After being chased by Jaws and Stromberg’s henchmen, they escape underwater in Bond’s amphibious Lotus Esprit. Onboard a US submarine, the spies learn more about Stromberg’s underwater base, Atlantis, and about the supertanker The Liparus. When their sub is captured by The Liparus, a huge vessel, that “swallows” submarines, Bond discovers Stromberg’s plan to trigger a nuclear war. Bond leads the captured sailors against The Liparus’ crew and defeats Stromberg. Atlantis sinks but Jaws escapes.

“Nobody Does It Better” – performed by Carly Simon, lyrics by Carole Bayer Sager, composed by Marvin Hamlisch

In July 1976 John Glen directed a skeleton crew and stunt performer Rick Sylvester at the remote location of the Asgard Peak, a 3,000ft cliff on Baffin Island, Canada for the Union Jack parachute jump for the pre-title sequence. After waiting weeks for good filming weather conditions, it took three minutes and three cameras to successfully put this opening stunt in the can on the first and only take

The production team could only get to the summit of Mount Asgard by helicopter but you can’t fly helicopters all the way from Frobisher Bay. They had to dismantle the helicopters, pack the parts in crates, fly the crates to the take-off point in the area, then reassemble them

Filming in St. Moritz had to be abandoned when bad weather descended. Visiting press photographers were evacuated first. The weather deteriorated and – with the exception of Glen, Bogner and stunt skier Ed Lincoln – the remaining crew were forced to stay put and survived the blizzard by building a snow house

Producer Michael G. Wilson took many of the underwater film stills which feature on several of the posters for The Spy Who Loved Me