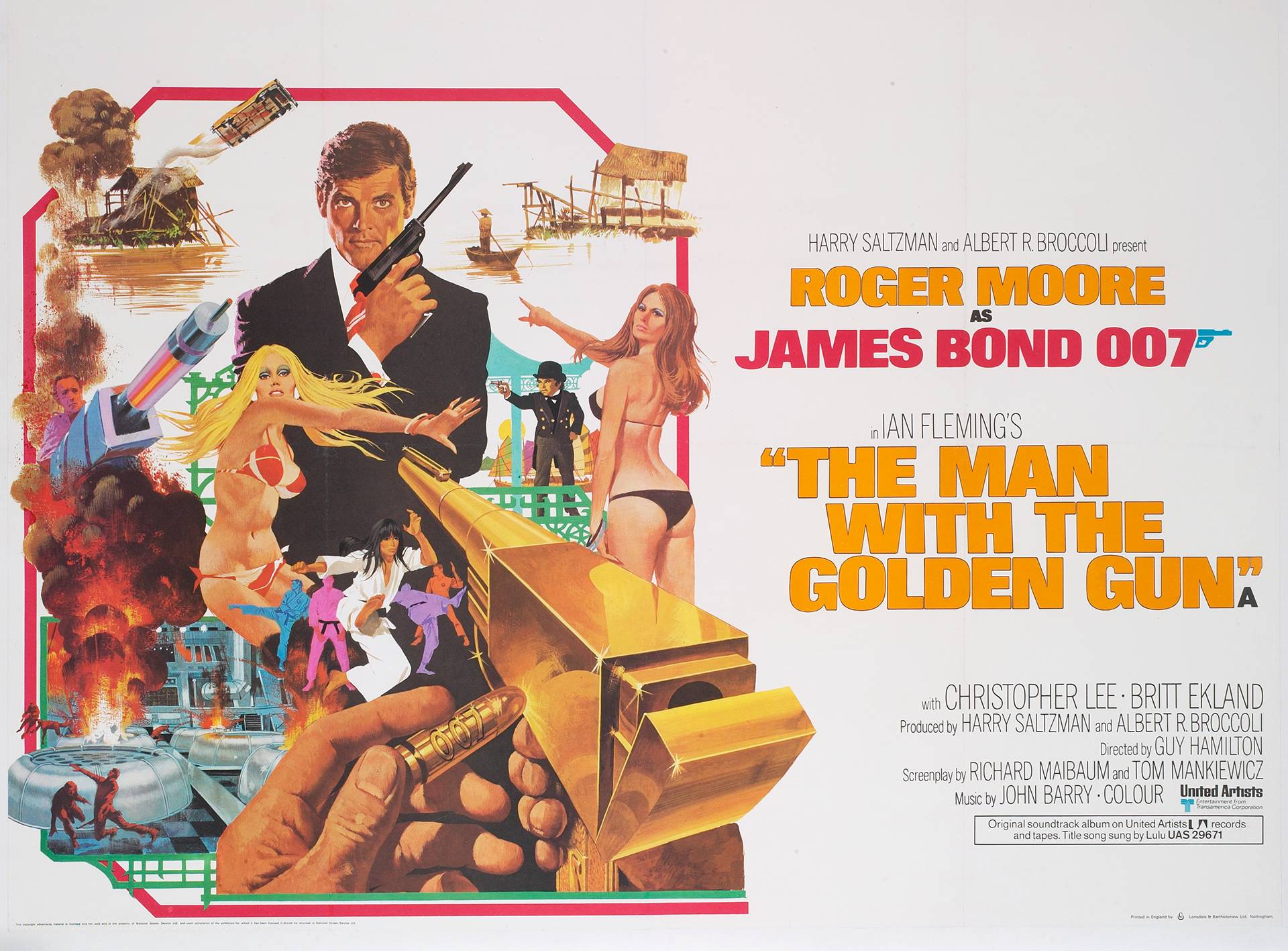 James Bond receives a gold bullet inscribed with “007”, signifying he has been targeted by high-class professional assassin Francisco Scaramanga known as “The Man with the Golden Gun”. 007 is relieved of his current assignment, the search for scientist Gibson and his solex agitator, the solution to the global energy crisis, and determines to find Scaramanga. The trail leads to a specialist armorer Lazar in Macau, then to Scaramanga’s contact Andrea and industrialist Hai Fat in Hong Kong. After killing Gibson, Scaramanga steals the solex agitator and kidnaps MI6 liaison office Mary Goodnight. A homing device leads Bond to Scaramanga’s lair, an isolated island in Chinese waters. Bond travels there by seaplane, kills Scaramanga in a duel, retrieves the solex agitator, and escapes with Goodnight in Scaramanga’s junk.

“The Man With The Golden Gun” – performed by Lulu, lyrics by Don Black, composed by John Barry

This was Ian Fleming’s last 007 novel before he died

For the famous corkscrew jump, the car had to be completely stabilised, so the steering wheel was relocated to the middle of the car

Loren “Bumps” Willert performed the corkscrew stunt in one take. Director Guy Hamilton was worried the car stunt looked ‘too perfect’, and that audiences would think it was unrealistic

This was the last Bond film produced by Harry Saltzman