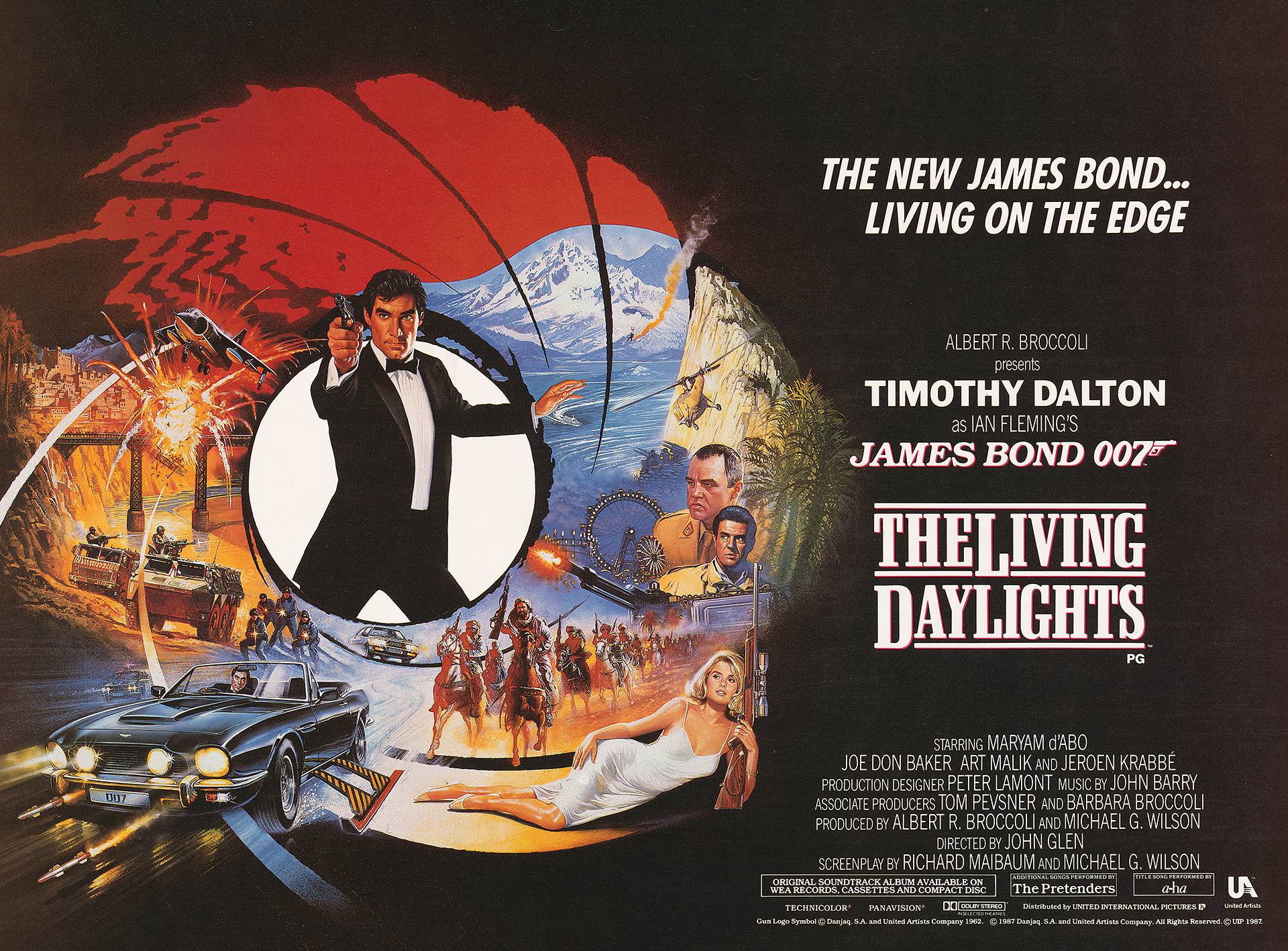 After a training exercise in Gibraltar is hijacked and an MI6 agent is murdered, it seems that the KGB’s old policy of Smert Spionam (Death to Spies) has been reactivated. Bond is sent to Czechoslovakia to support the defection of a Russian Army Officer, Koskov. He becomes suspicious when the sniper he has to assassinate appears to be a glamorous cellist, Kara Milovy. Later, when Koskov is kidnapped from the MI6 safe house, Bond’s suspicions are heightened and he combines his official assignment to assassinate General Leonid Pushkin – the new head of the KGB, whom Koskov has named as the initiator of the Smert Spionam policy – with an investigation into Kara and Koskov. Bond, with Kara in tow, pursues Koskov to Tangier, where he is hiding with arms/drug dealer Whitaker and his hired killer, Necros. Betrayed by Kara, Bond is kidnapped and taken to Afghanistan. He escapes and, with the assistance of an army of Afghan rebels led by charismatic Kamran Shah, brings down Whitaker’s illegal activities.

“The Living Daylights” – written and performed by A-ha, produced by John Barry

At a script conference in LA, director John Glen came up with the idea to use Kara’s cello case to make their escape down the snowy hillside after self-destructing Bond’s Aston Martin. Glen had a cello case sent up from the MGM music stage and invited Cubby Broccoli to try out his idea with him. It was snug but they both fitted – it went into the script

Bond and Kara’s escape included sliding through a border control requiring Bond to throw the cello in the air and catch it after they pass under the barrier. Timothy Dalton wanted to try it himself and executed this stunt perfectly for the camera

One of the prop missiles in Q’s lab was set off by Prince Charles, who visited the set with Princess Diana