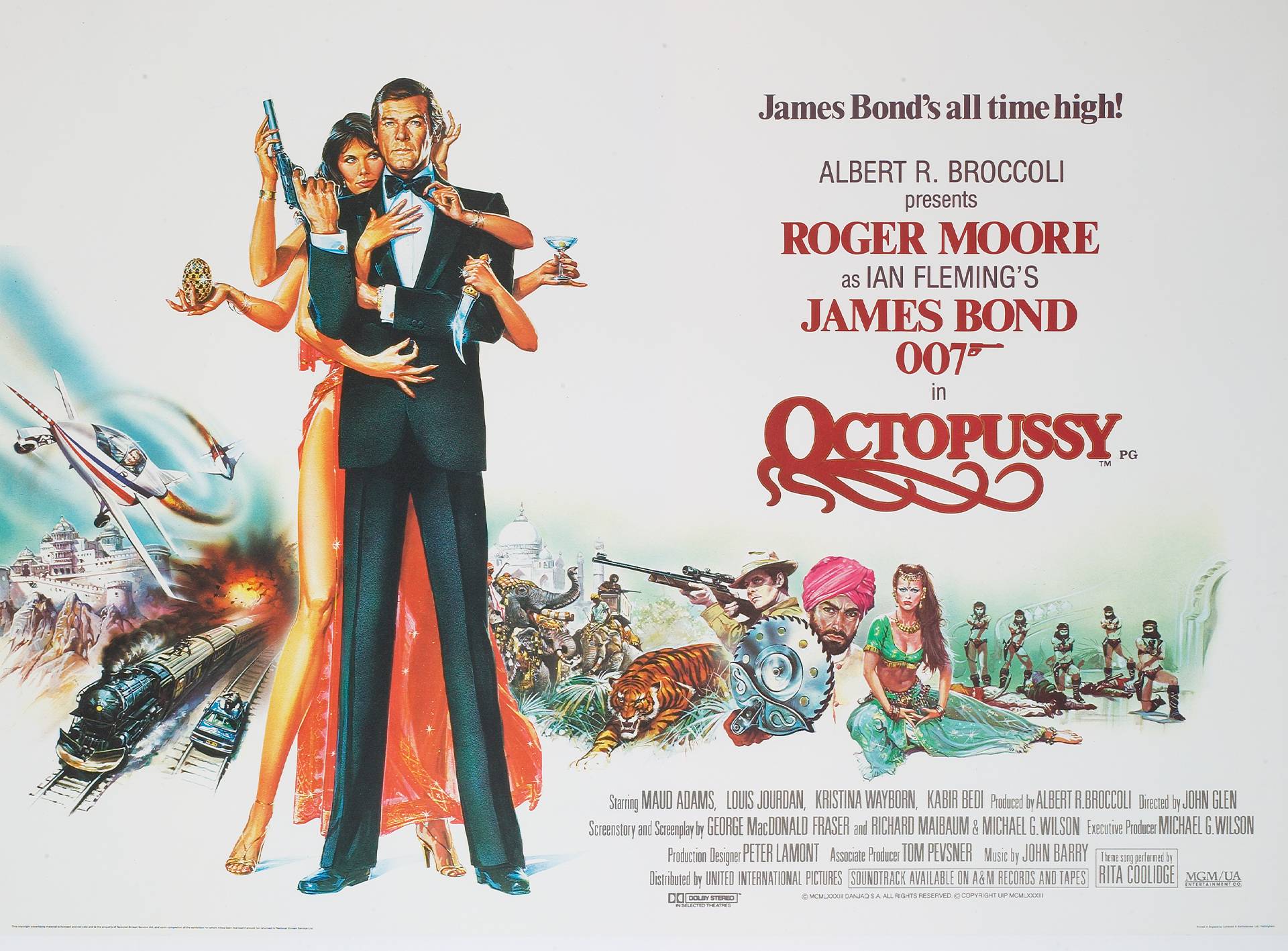 009 is found dead at the British Ambassador’s residence in East Berlin, dressed as a circus clown and carrying a fake Fabergé egg. MI6 sends Bond to investigate when the real egg appears at a London auction. Bond swaps the real egg with the fake, and drives up the bidding against exiled Afghan prince Kamal Khan, who ultimately wins the auction. Bond follows Khan back to his palace in Rajasthan, India, where he discovers that Khan is working with Orlov, a renegade Soviet general, and is using Octopussy’s circus troupe to smuggle Soviet treasures into the West. Bond infiltrates the circus, and finds that Orlov has replaced the treasures with a nuclear warhead, primed to explode during the show at a US Air Force base in West Germany. He convinces Octopussy that Khan has betrayed her and she assists Bond in deactivating the warhead. Bond and Octopussy return to India and launch an assault on Khan’s palace. Khan and bodyguard Gobinda capture Octopussy as they escape in a plane. Bond clings to the fuselage in a fight to the death with Gobinda, and manages to rescue Ocotpussy moments before the plane crashes, killing Khan.

Executive Producer, Michael G. Wilson along with his wife, Jane, pose as tourists on a boat in India who help Bond escape

Tennis player Vijay Amritraj was the first person cast after Cubby, a huge tennis fan, met him at Wimbledon

The crew faced many problems with large crowds in India. The bicycle riding between the tuk tuks in the chase sequence was not planned, and the man riding the bike completely ignored the film crew