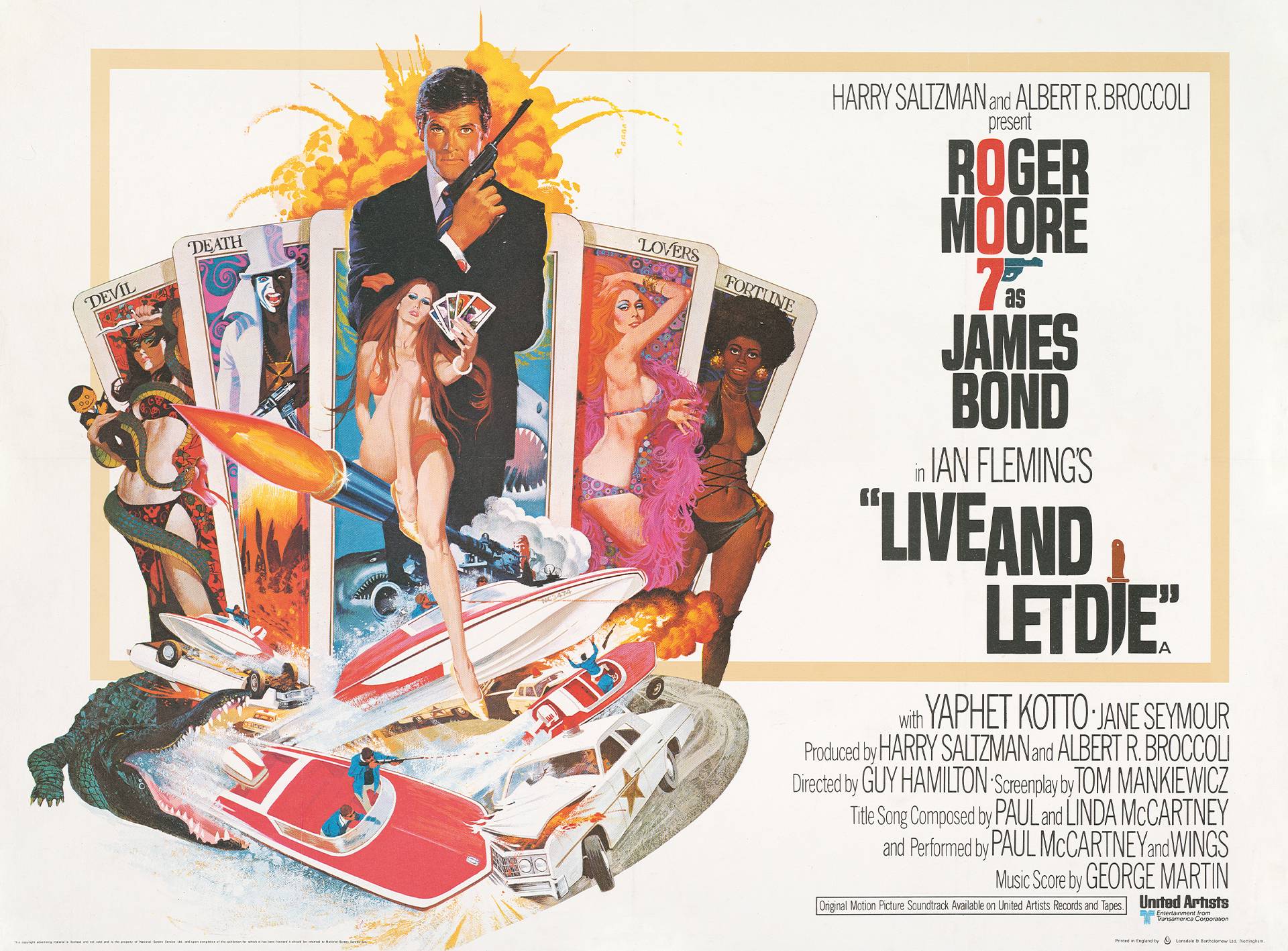 While investigating the deaths of three British agents, James Bond falls foul of gangster Mr. Big, who seems to have connections to Dr. Kananga, the president of San Monique. Bond follows leads to New Orleans, then to San Monique, where he is aided by double agent Rosie Carver. After freeing Kananga’s girlfriend, Solitaire, a seer who foretells the future with Tarot cards, Bond discovers that Kananga and Mr. Big are one and the same. Via his chain of Fillet of Soul restaurants, Kananga plans to flood the USA with two tons of free heroin, which will put his competitors out of business and allow him to monopolise the drug’s supply. When Solitaire is recaptured by Kananga, Bond, with help from CIA agent Felix Leiter and Quarrel Jr, returns to San Monique to kill Kananga and save Solitaire, before she is ritually sacrificed by Baron Samedi, the voodoo chief.

This is only the second time we see the interior of Bond’s townhouse since we saw a glimpse in Dr. No 11 years before

Many of the cast received tarot card readings on set

The driver of the London bus was an instructor for the London Passenger Transport Board. Jane Seymour was actually in the back of the bus for filming the stunt, not a body double

It took stuntman Ross Kananga five attempts to execute the famous crocodile stunt, where Bond jumps across three crocodiles to cross the water