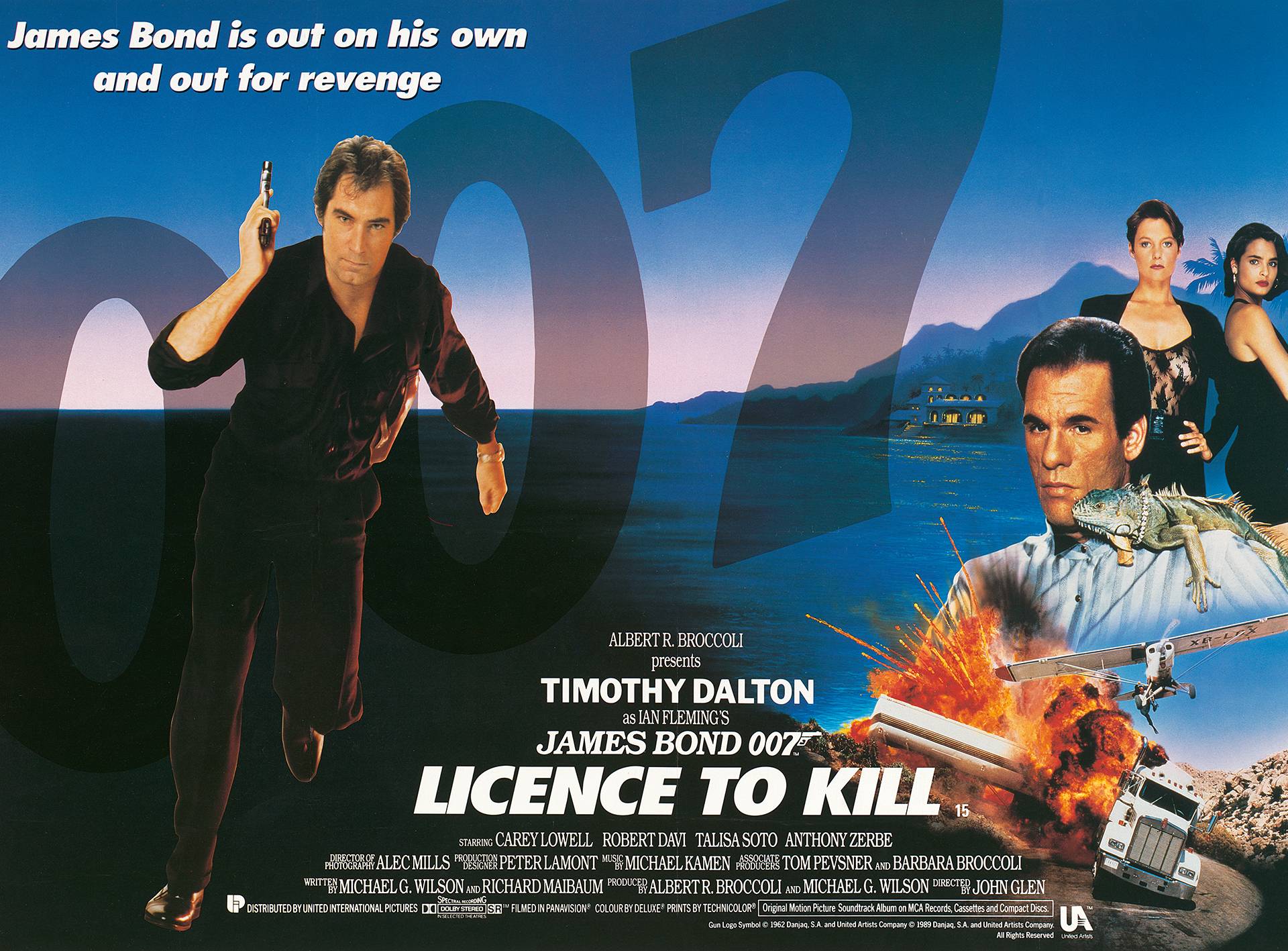 En route to the wedding of his friend Felix Leiter in Florida, Bond and Leiter take a detour to arrest drug baron Franz Sanchez. It doesn’t take too long, however, for Sanchez to break himself out of jail, and kill the new Mrs Leiter and maim Felix. Bond seeks revenge. With his licence revoked by the British government, and with the aid of CIA operative Pam Bouvier as well as MI6 gadget specialist Q, they bring Sanchez and his entire corrupt drug empire to its knees.

Dalton did many of the stunts himself, including running from the exploding tanker

This was the first Bond film to be shot outside the UK in its entirety, with Estudios Churubusco in Mexico replacing Pinewood for interior shots