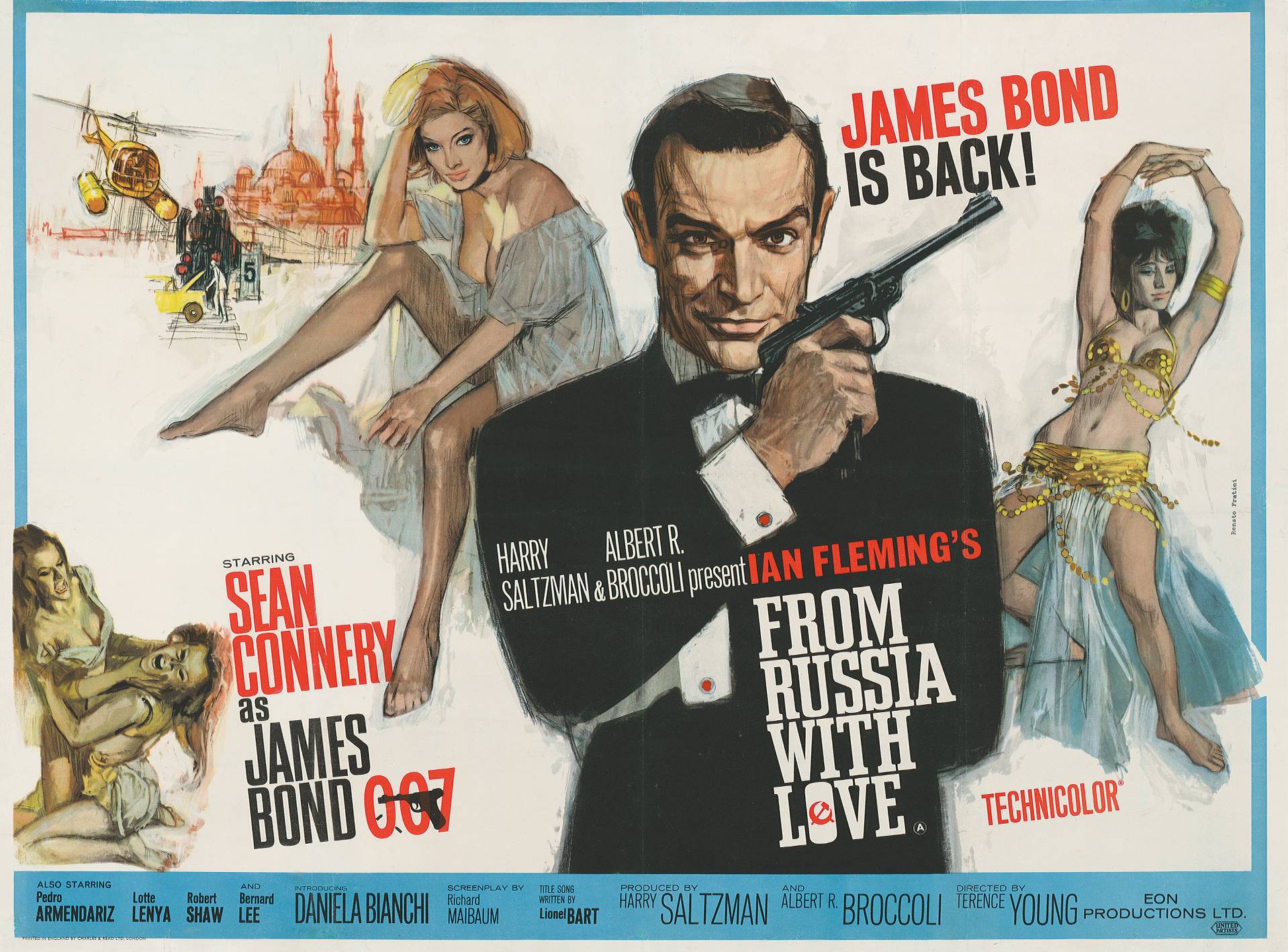 James Bond is assigned by his superior M to help a young Russian girl Tatiana Romanova, who has declared her desire to defect from her job as a clerk in the Russian embassy in Istanbul with an invaluable Lektor cipher machine. Believing herself a willing tool of her government, Tatiana is actually the pawn of SPECTRE, a group of international criminals who plan to use the beautiful Russian girl to lure Bond to his death and to confound both the British and Russian Secret Service agencies.
In the intriguing atmosphere of Istanbul, Bond is aided by Kerim Bey, the Turkish agent for the British Secret Service, whom Bond comes to respect and admire. After eluding several death traps in Istanbul, Bond and Tatiana escape aboard the Orient Express. SPECTRE has assigned their cold-blooded killer, Grant to kill and discredit the famed British agent, in hand-to-hand combat Bond triumphs over Grant in the close quarters of his train compartment, but the attempts on his life are by no means over. He later fights an unequal battle against a SPECTRE helicopter and makes a desperate dash across the Gulf of Venice in a speedboat chased by a horde of enemy agents. In Venice, he faces the final attempt on his life when Rosa Klebb, the master planner of the SPECTRE murder organisation, makes a personal bid to kill him.

“From Russia With Love” – performed by Matt Munro, written by Lionel Bart

Location Manager Bill Hill was pressed into making his screen debut in Turkey when the actor chosen to play the ill-fated MI6 agent Captain Nash proved unavailable at the last minute. Hill suddenly found himself in Nash’s clothes for his tragic encounter with Red Grant

Fleming’s novel From Russia With Love was considered a personal favourite of President John F. Kennedy

Filming on location in Istanbul attracted such huge crowds of onlookers Director Terence Young decided to create a diversion for the scene where Bond runs to the station. Just before shooting the scene Young signalled with his handkerchief for a stunt man to appear on a 3rd floor balcony opposite shouting and teetering precariously – the crowd shifted their attention to him leaving Bond to run free to the station

Mrs. Harry Saltzman and her mother are seen looking out of the train window when it pulls into Zagreb and Bond stops to look out the window between them