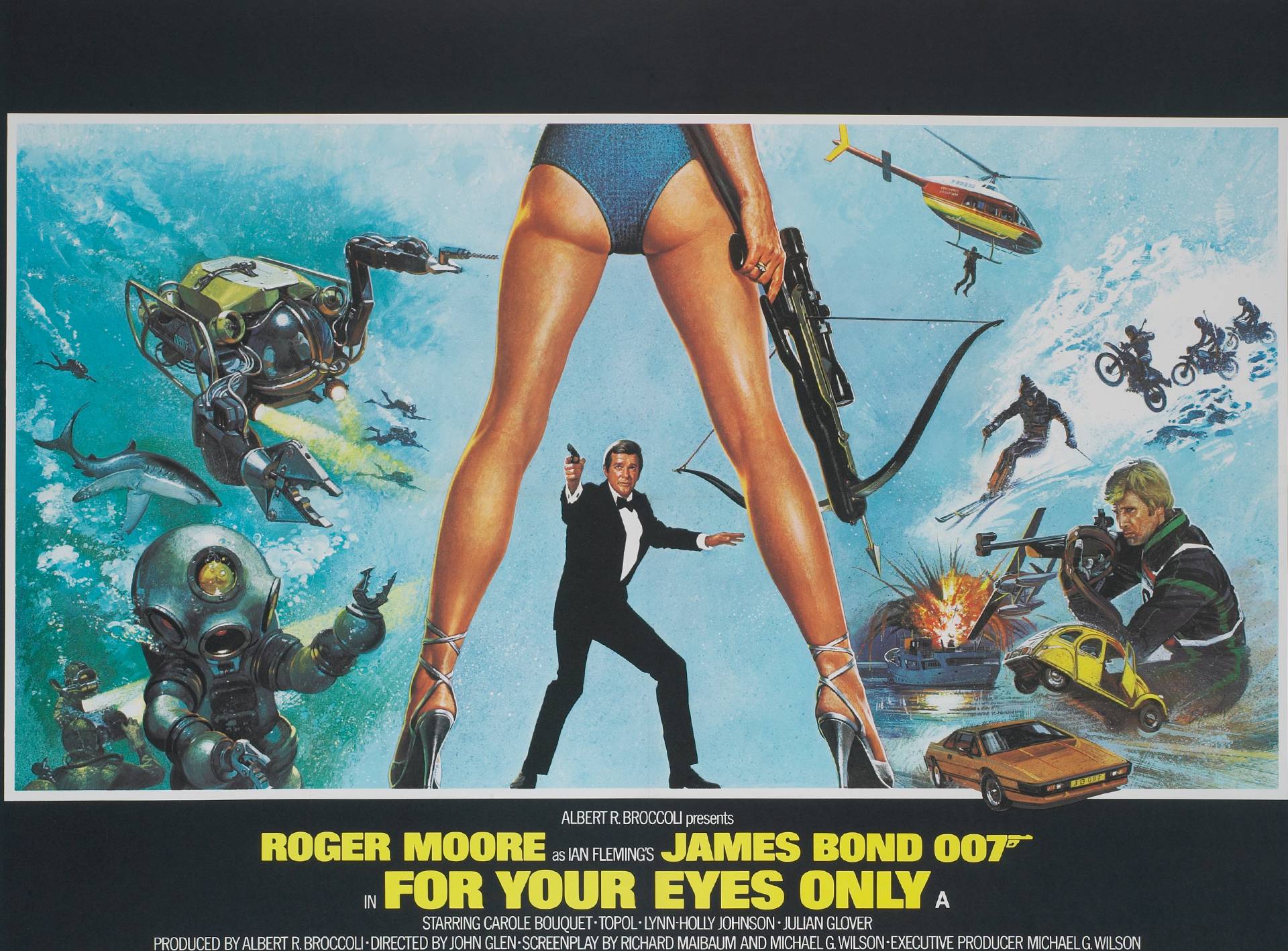 James Bond is ordered to retrieve the Automatic Targeting Attack Communicator (ATAC), housed on a sunken spy ship, the St. Georges. When Sir Timothy Havelock, a marine archaeologist secretly helping the British to locate the ship, is murdered along with his wife, Bond is dispatched to Spain to find out who hired the hitman, Gonzales, but before he can find out, Gonzales is killed by Havelock’s daughter, Melina. In Italy, Bond and Melina seek organised-crime figure Milos Columbo through businessman Aristotle Kristatos, then travel to Corfu to pursue Columbo. Columbo reveals that Kristatos is responsible for the Havelock’s murder and is working with the Russians to obtain the ATAC. After retrieving the ATAC from the wreck of the St. Georges, Bond and Melina are captured by Kristatos, but survive his attempt to drown them. Aided by Columbo, Bond and Melina infiltrate the mountaintop monastery of St. Cyril’s, where Bond retrieves the ATAC and prevents Melina from killing Kristatos, who dies by Columbo’s hand. As the Russians arrive to collect the ATAC, Bond destroys it so neither East nor West can have it.

“For Your Eyes Only” – performed by Sheena Easton, written by Bill Conti and Mike Leeson

John Glen’s directing debut and the first of five Bond films. Glen has directed more Bond films than any other director.

Third time we see Bond on skis this time in Cortina, Italy

Michael G. Wilson the Executive Producer and co-screenplay author has a cameo as a Greek priest

The film was inspired by two of Fleming’s short stories, For Your Eyes Only and Risico

Because of an inner ear problem Carole Bouquet couldn’t actually dive, so her underwater scenes were shot with wind machines and fake bubbles

The film was Peter Lamont’s first film as Production Designer, taking the sets in a more realistic direction

Director John Glen’s onscreen trademark became pigeons flying out and surprising his characters. In For Your Eyes Only, Bond almost falls from the rocky outcrop when this happens