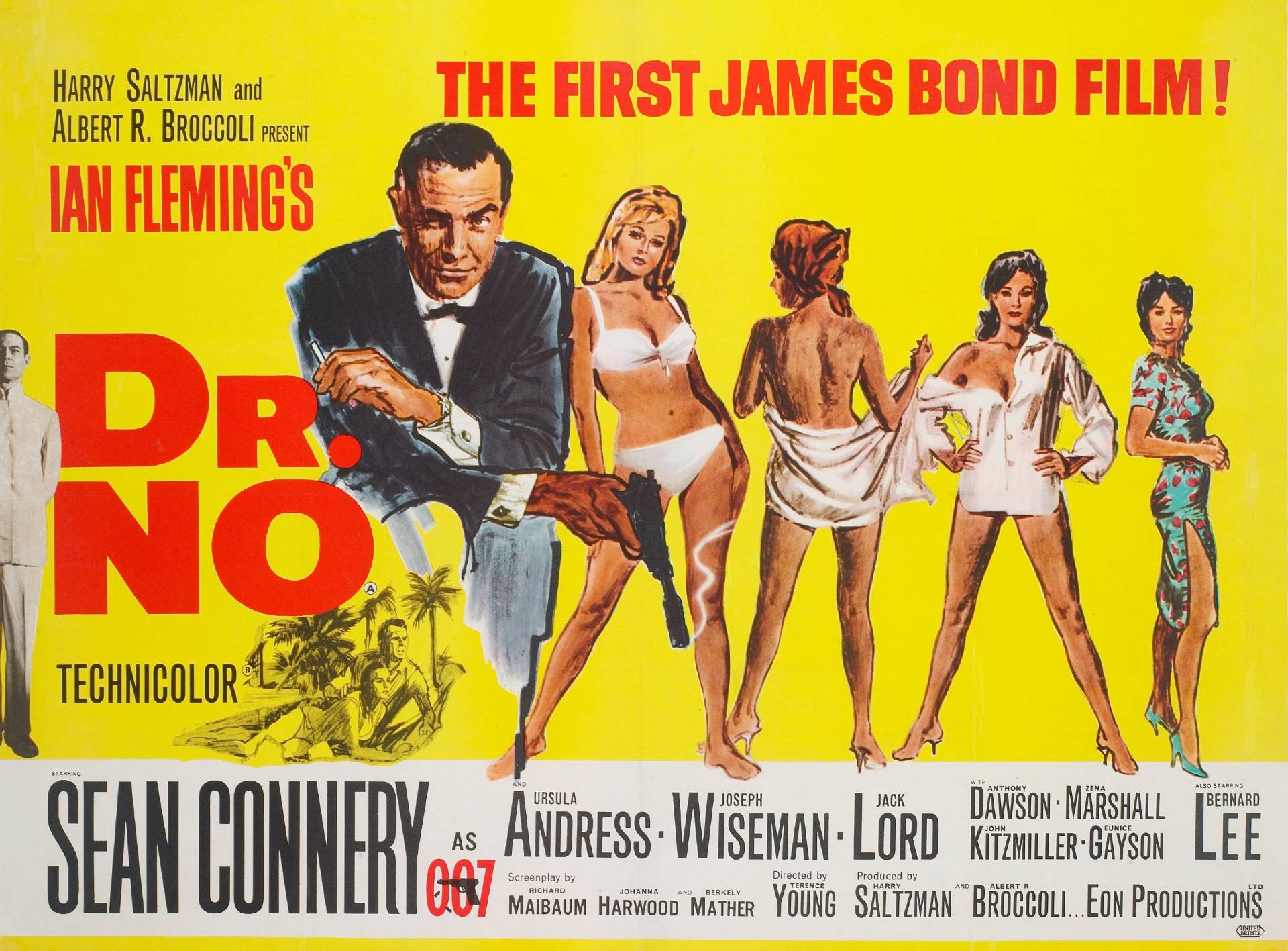 Arriving in Jamaica to investigate the suspected murder of a fellow agent and his secretary, James Bond eludes several attempts on his life. With the help of CIA agent Felix Leiter and local fisherman Quarrel, Bond follows the sinister trail of Dr. No to his island Crab Key. Shortly after landing on the beach with Quarrel, Bond encounters alluring shell collector Honey Ryder. The three uninvited visitors are hunted down by Dr. No’s private army, who kill Quarrel and take Bond and Honey to Dr. No’s magnificent lair. Their megalomaniac host, Dr. No tells Bond that by utilising the nuclear laboratory on site, he plans to destroy the US Space program as his first move towards world domination. Bond outwits Dr. No who falls victim to his own scheme and dies. Rescuing Honey Ryder, Bond commandeers a motorboat and together they escape from Crab Key, seconds before it explodes, leaving the final devastation of Dr. No’s laboratory behind.

Vodka Martini is Bond’s first cinematic drink in Dr. No

We get a rare glimpse of the interior of Bond’s London townhouse. The only other films that show Bond’s living space are Live And Let Die and Spectre

The only Bond film not to have a pre-title sequence

Norman Wanstall created the muffled sound for the silenced gun that Bond uses which is not like the real sound of a silenced gun. His cinematic sound has been copied so often many people believe this is what a silenced gun really sounds like

Production Designer Ken Adam incorporated many moving parts on his sets. In the decontamination scene Bond and Honey are transported through showers on a ‘moving walkway’ now known as travelators