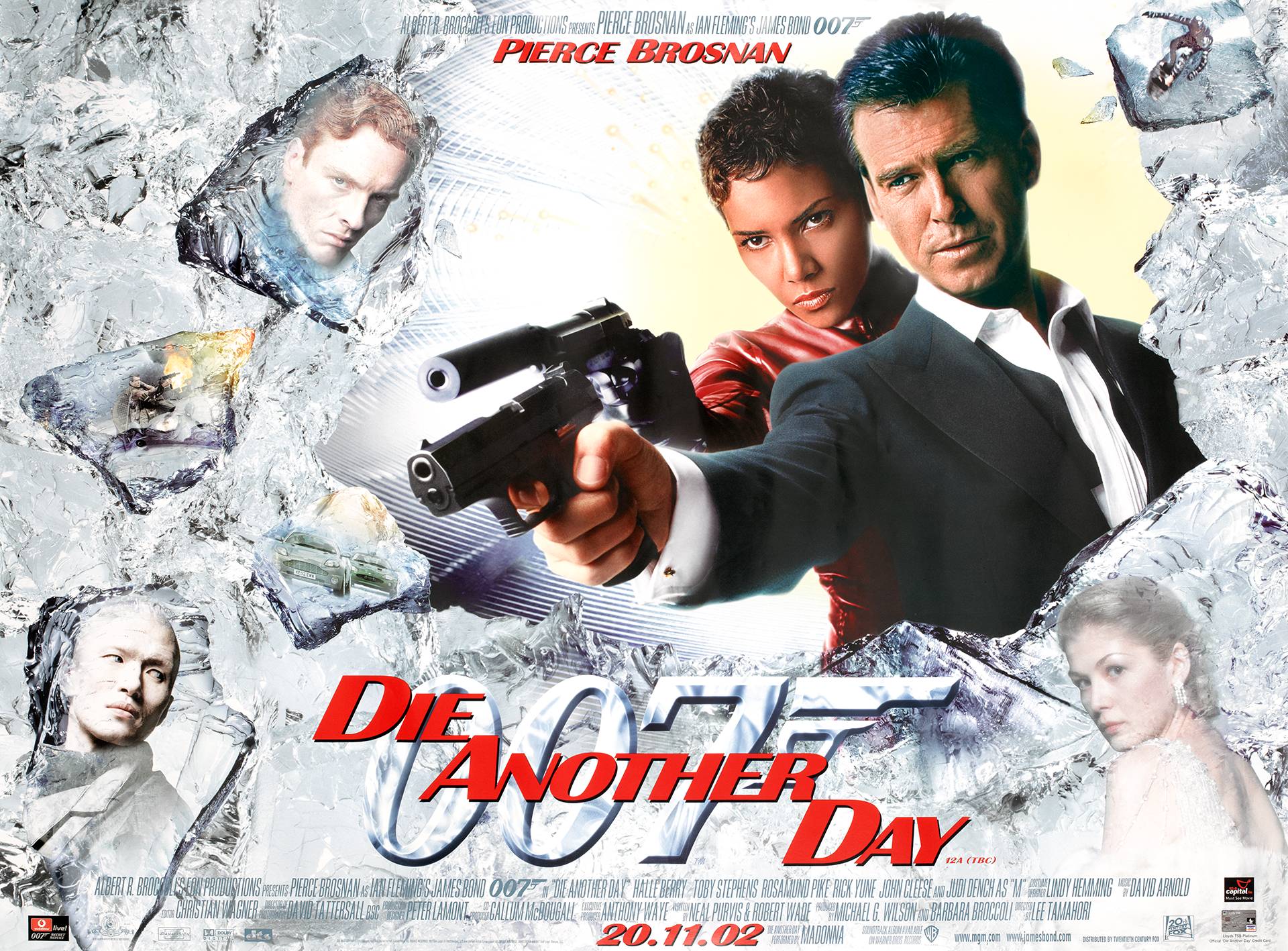 In North Korea, Bond kills Colonel Moon, who is trading weapons for African blood diamonds, and disfigures Moon’s henchman Zao in the process. Bond is captured and spends 14 months in prison before being exchanged for Zao, who had been captured by the British. MI6 believe Bond has cracked under torture, so he is disavowed. Bond tracks Zao to a Havana clinic, where he meets NSA agent Jinx Johnson, and finds out Zao is receiving DNA therapy to alter his appearance. After Zao escapes from the clinic, Bond follows the diamonds to London and then to billionaire Gustav Graves. M also suspects Graves – she planted agent Miranda Frost as Graves’ assistant – and gives Bond back his 00 status. In Iceland Graves unveils Icarus, a powerful laser satellite. Working together, Bond and Jinx discover that Graves is actually Moon; the colonel didn’t die in Korea and altered his appearance with gene therapy. Moon plans to use Icarus to help North Korea invade the South, but Bond and Jinx stow away on his cargo plane, where Jinx kills Frost, who had switched her allegiances to Moon, and Bond kills Moon, so preventing the invasion.

“Die Another Day” – written and performed by Madonna, produced by Mirwas Ahmadzaï

Scenes featuring a North Korean beach in the pre-titles were in fact filmed in Cornwall, England

The first film where Bond is seen with a beard

Although producer Michael G. Wilson had made several cameos in Bond films since Goldfinger, this was his first credited cameo appearance

The film marked the 40th anniversary of the franchise