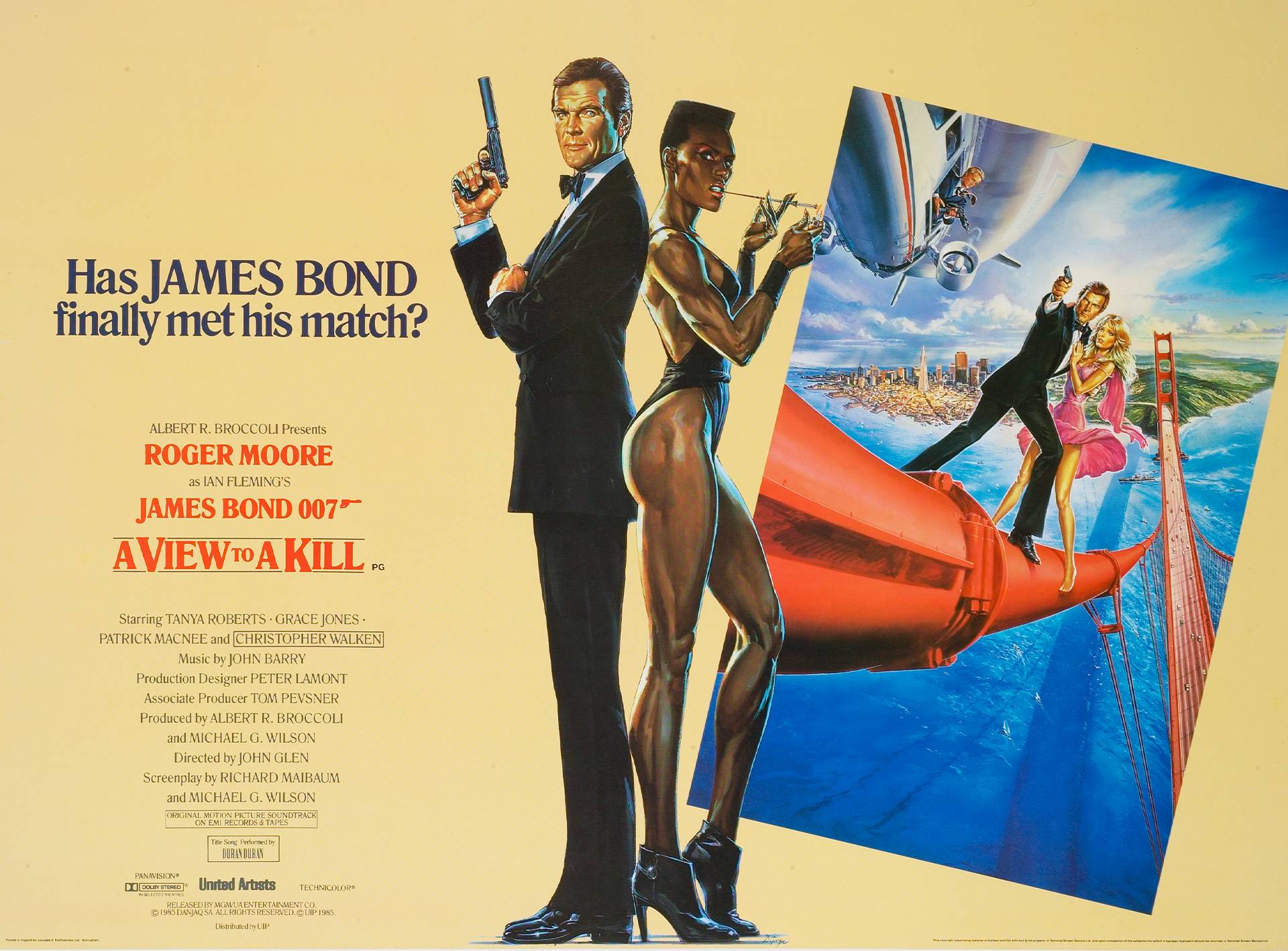 A microchip James Bond recovers from the body of 003 in Siberia is a copy of one that is impervious to the magnetic pulse of a nuclear blast. It is made by a company recently acquired by Anglo-French combine Zorin Industries, so Bond is assigned to investigate Max Zorin. In Paris, Bond meets detective Aubergine to find out about Zorin, but Aubergine is killed by Zorin’s bodyguard May Day. Bond poses as a horse trainer to infiltrate Zorin’s equestrian estate, but his cover is blown and Zorin tries to drown him. 007 survives and tracks Zorin to San Francisco, where Zorin is planning Project Main Strike: the destruction of Silicon Valley by detonating explosions in mines beneath lakes and flooding the Hayward and San Andreas faults. With help from geologist Stacey Sutton, Bond sabotages Zorin’s scheme. Finding an unexpected ally in May Day, whom Zorin has betrayed, Bond prevents the main explosion from detonating. As Zorin escapes in his airship, he kidnaps Stacey. The final confrontation between Bond and Zorin is atop the Golden Gate Bridge in San Francisco, where Zorin falls to his death.

For A View To A Kill, 1985 Bond (Roger Moore) dons a ski suit for a 4th time on location in Lake Jökulsárlón, Iceland and Piz Palü on the Vedretta di Scerscen Inferiore glacier, Swiss Alps doubling for Siberia

Bond escapes his pursuers by jumping into an ice floe getaway vehicle with a Union Jack hatch. His co-pilot, agent Kimberley Jones, was played by Mary Stavin, Miss World 1977, who had also been in Octopussy

Tom Sims, snowboard pioneer and World Snowboard Champion (1982) along with Steve Link doubled for Roger Moore for the snowboarding sequences

The film was Moore’s seventh and final appearance as 007

The production was set back after the 007 stage was burnt down during filming of Ridley Scott’s Legend, meaning the stage had to be re-built

The film was Lois Maxwell’s final appearance as Miss Moneypenny

During filming in San Francisco, Maud Adams visited the set to see Moore, and appeared as an extra