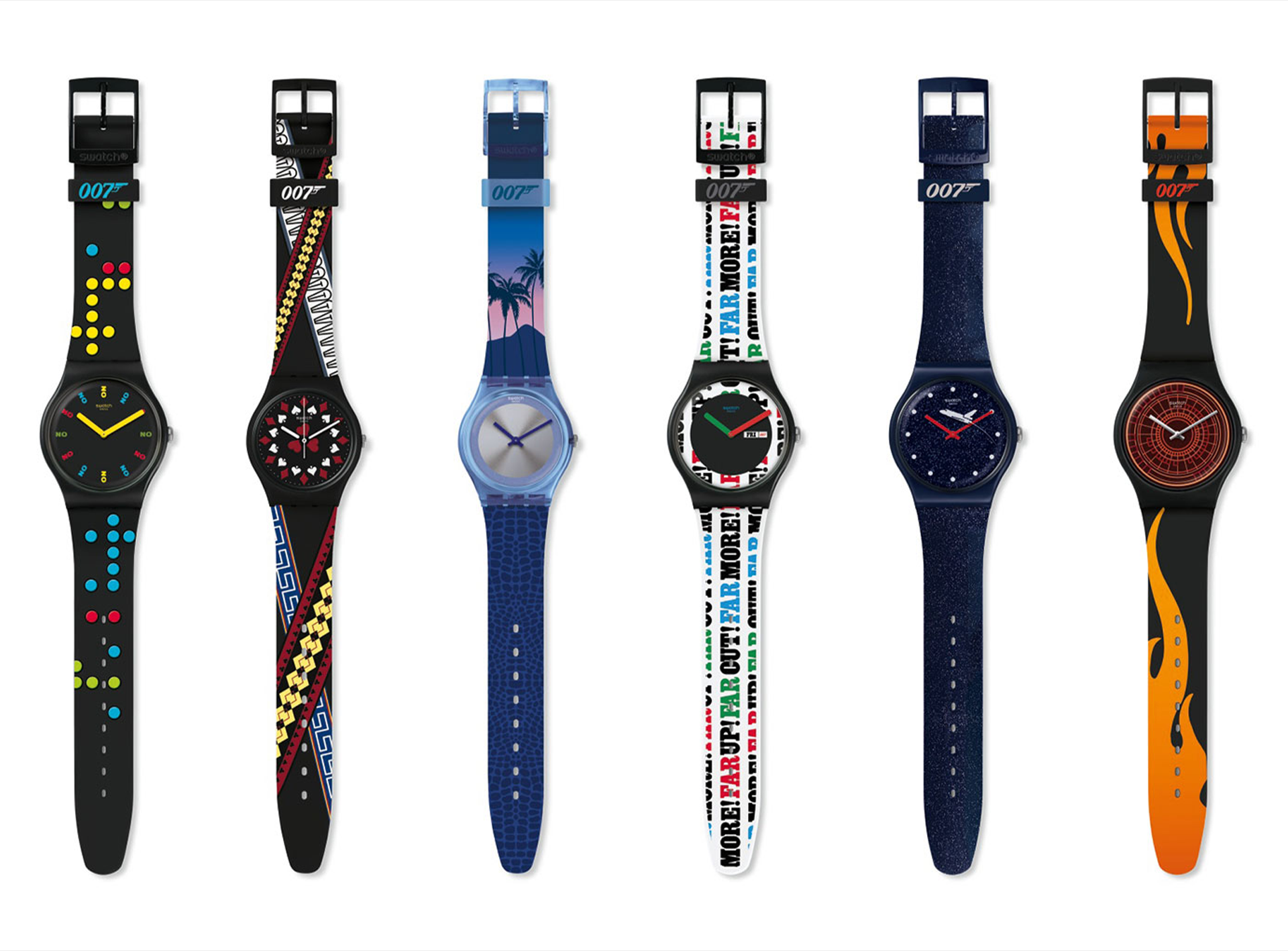 Swiss watchmaking brand Swatch have announced the launch of their collection of 007 inspired watches.

Original movie posters and opening title sequences from Dr.No (1962), On Her Majesty’s Secret Service (1969), Moonraker (1979), Licence To Kill (1989), The World Is Not Enough (1999) and Casino Royale (2006) have provided the inspiration for a capsule collection of six designs to be released at the end of February.

The seventh watch in the collection has been designed by No Time To Die costume designer Suttirat Anne Larlarb alongside Swatch and will be worn by Q in the upcoming film, No Time To Die. It will be available in stores this March.

Shop the collection at 007store.com