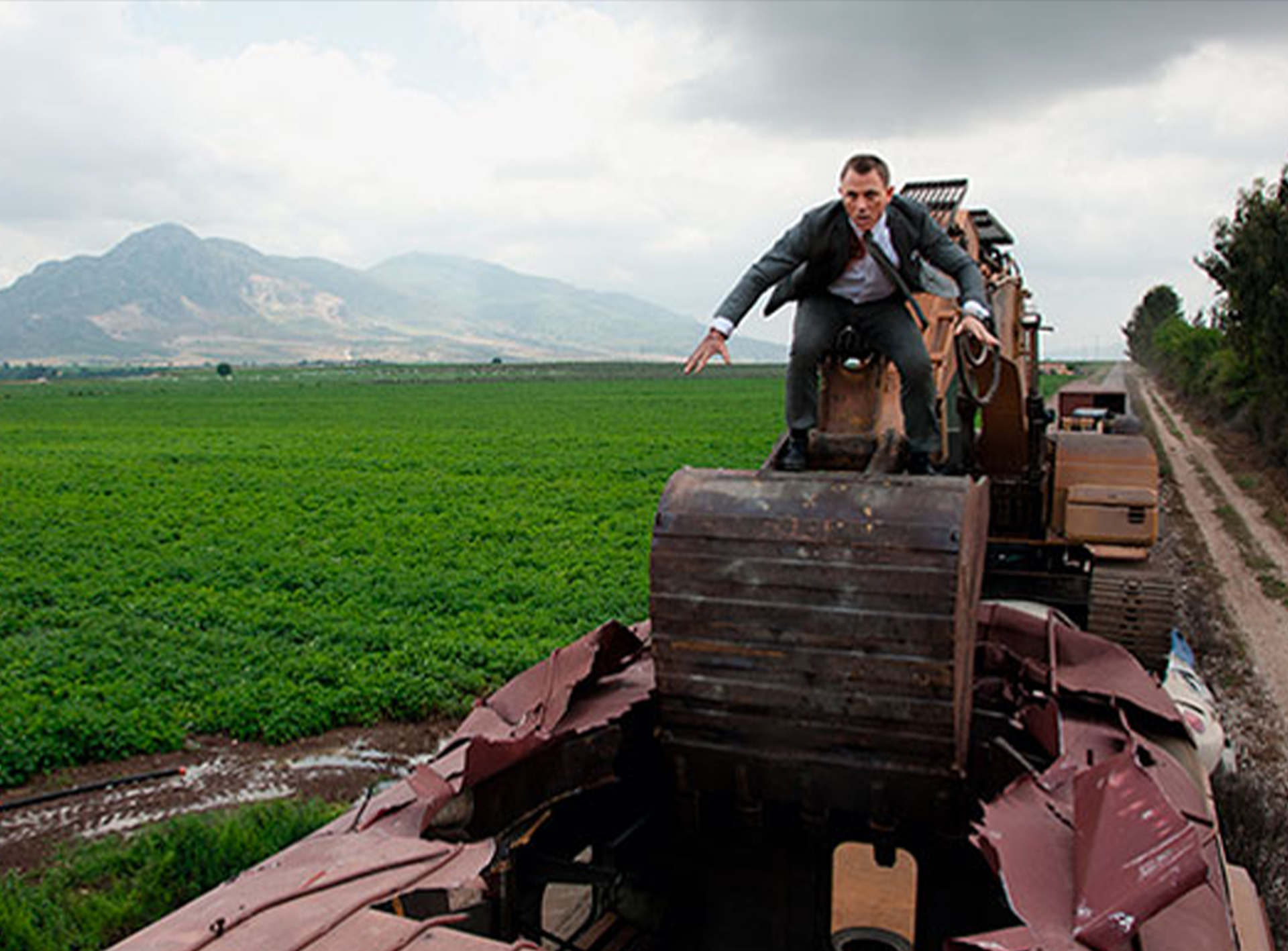 The train chase was shot in Adana, a modern city in the agricultural heartland of Turkey, close to the Eastern border. The second unit, directed by Alexander Witt, spent one month setting up the action in Turkey and then filmed for two months.

Working on a speeding train, proved both technically challenging and dangerous. Both Daniel Craig (James Bond) and Ola Rapace (Patrice) performed their own stunts attached to safety wires while the train was travelling at 40mph.

As Producer Barbara Broccoli said: “We were in Turkey for the train sequence and I had my heart in my mouth the whole time; he (Daniel) and Ola were fighting on the roof of a moving train and the moves that they were doing were just heart stopping. Daniel’s the reason why the action works as well as it does because he sells it, he’s up there and I think audiences know that.”

The climax of the sequence took place on the Varda Bridge, an hour outside of Adana. The fight comes to an end when Eve, implored by M to “take the shot” shoots Bond instead of Patrice, sending Bond plummeting into the river below.