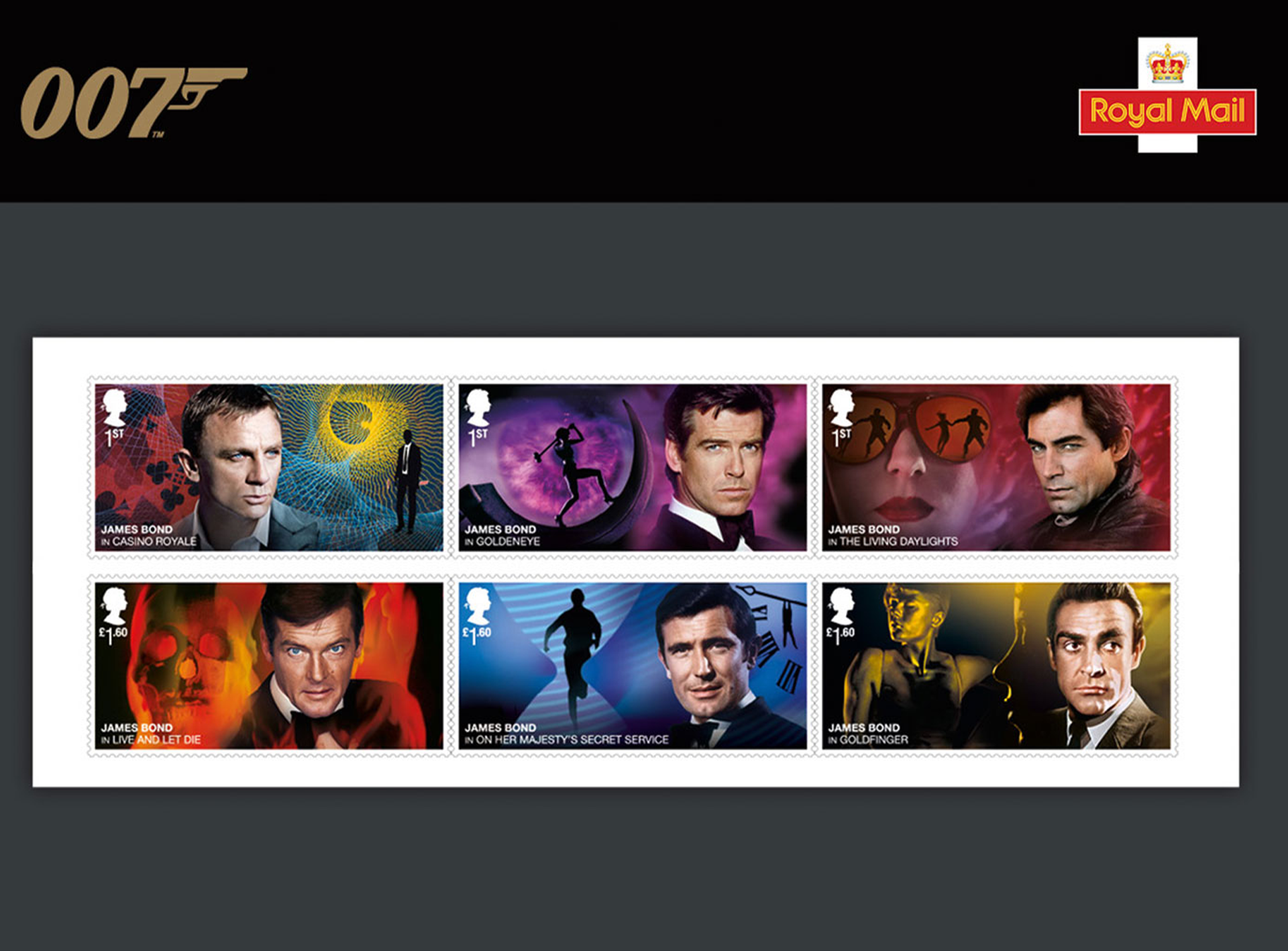 Royal Mail has revealed images of 10 new stamps being issued to celebrate the James Bond film franchise and the release of the 25th Bond film, No Time To Die.

The stamps take inspiration from six key James Bond films across the decades, with the designs a stylistic tribute to the opening titles from each film.

James Bond is depicted in the following films: Casino Royale (Daniel Craig, 2006); GoldenEye (Pierce Brosnan, 1995); The Living Daylights (Timothy Dalton, 1987); Live And Let Die (Roger Moore, 1973); On Her Majesty’s Secret Service (George Lazenby, 1969); and Goldfinger (Sean Connery, 1964). A further four stamps celebrate some of Q Branch’s iconic vehicles and the films they appear in: the Lotus Esprit S1 Submarine from The Spy Who Loved Me (1977); Little Nellie, the autogyro from You Only Live Twice (1967); the Bell-Textron Jet Pack from Thunderball (1965); and the Aston Martin DB5, as seen in Skyfall (2012).

The stamps are available for pre-order at www.royalmail.com/jamesbond. They’ll be available on general sale from Tuesday 17 March.