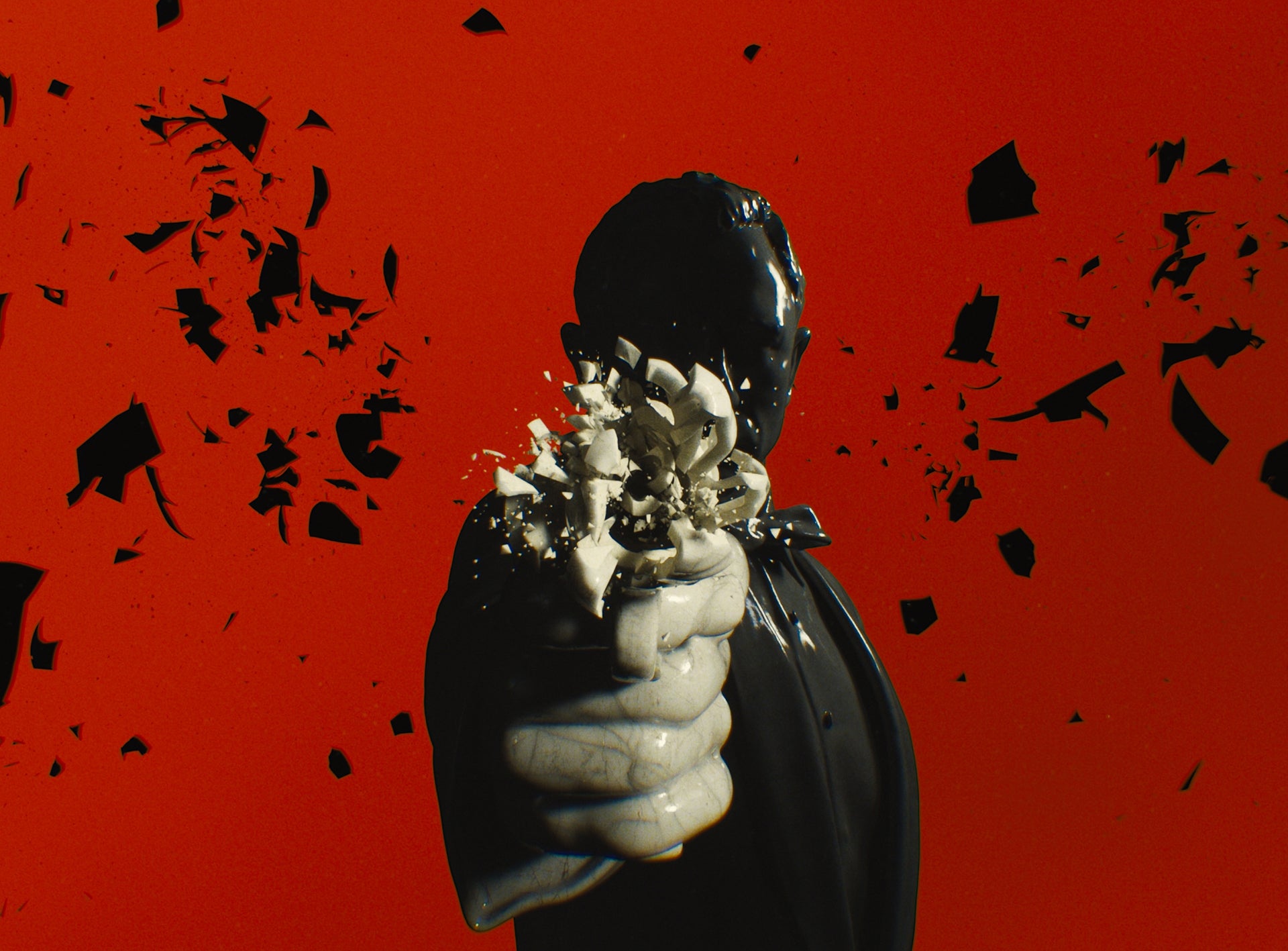 Since 1995, Daniel Kleinman has designed eight iconic James Bond movie title sequences, including the opening to the latest 007 adventure No Time To Die.

“I was always a fan of the title sequences,” he explains. “I was involved in art and music and was in the right place at the right time to start doing music videos in the early 1980s. When MTV got started, a lot of feature films used MTV and videos as a way, not only of publicising the songs and the bands but also the films. I used to do quite a lot of videos and because of that I got asked to do the music video for Licence To Kill by Gladys Knight. That video was my salute to the title sequences on James Bond, which I had always liked.”

After working on all but one 007 film since 1995’s GoldenEye, where does Kleinman start when coming up with the theme for a new Bond title sequence? “I start with the script and look for moments that stand out,” he explains. “I think the moment when I started to think, ‘Ah, I’ve got it. I’ve got the hang of it’ on No Time To Die was when I thought about the connection to the Heracles virus, a swarm of microscopic nanobots that infect Bond’s DNA which, without wishing to spoil anything, becomes crucial towards the end of the film’s storyline. I began to think, ‘What would James Bond’s DNA look like? It’s made of guns!’ Bond is an assassin and once I saw the structure of the double helix with the Walther PPKs firing, with the trails of the bullets making the faces of the people he’s come across in the past and killing being in his DNA, I realised I had the perfect hook and a moment to pin everything onto.”

Kleinman worked closely with director Cary Joji Fukunaga and producers Michael G. Wilson and Barbara Broccoli to create the sequence. How did Kleinman find working with Fukunaga compared to the other 007 directors he’s worked with? “Cary was great, he had some great ideas and gave good feedback which helps in the collaborative process. It’s entirely ironic though because Cary wanted to shoot the movie on film and he was very into it having a retro feel to the quality of the visuals. I was kind of going backwards in time. I couldn’t actually shoot on film because some of the things I worked on were too technical to shoot on film. I had to shoot on video to make it look retro. I had to put on artificial film grain and an artificial weave to make it look like film. I’m actually using modern technology in order to make it look like it used to before the technology came along.”

As with all of Kleinman’s work on Bond the No Time To Die credits feature an array of compelling motifs and multiple layers of symbolism. “There are quite a few little nods to things from years gone by. The falling statues at the beginning has two ideas weaved around it. On one hand it’s Britannia falling down and breaking apart. One of the themes in the film is that M has slightly lost his way and it’s not Britain’s finest hour. Britain is doing something which isn’t great, creating this technology which was actually quite maleficent and Bond is almost fighting against that. Bond is almost fighting against his own side. That’s how we get Britannia crumbling at the beginning but also it harks back to GoldenEye with the Soviet Union statues crumbling. Whether anybody else picks up on those nuances we’ll have to see.”

How does Kleinman decide which names get to appear over which graphics and can he save the best bit for when his own name appears? “One forgets that the title sequence is just a lovely excuse to have the names of the people who worked on the films and celebrate their work as best as possible and, as long as it’s not boring, I’m allowed to create some pictures to put with them.” When asked if there are specific rules about where most of the names have to appear  Kleinman explains that “the list of names actually changes and the order of the names can move up and down. It’s not until quite late in the process when I get the final list of names, by which point, the graphics have been made, so I tend to not worry too much about who appears where and how long they are going to be up for. Where they are placed is quite coincidental actually.”

As Daniel Craig’s swansong, No Time To Die is infused with an air of nostalgia (the use of We Have All The Time In The World in the soundtrack is especially poignant) so we ask Kleinman whether he had something similar in mind when thinking about the tone of the credits sequence? “I wanted the whole sequence to bring Bond together from across the years in one way,” he agrees. “Which is also what Cary was doing in the main film, tying up all these loose ends and coming to a conclusion bearing relevance to previous films. There are the Dr. No style dots at the beginning as a nod to the past, even though my dots are a little more sophisticated now in 2021 than the original dots made by Maurice Binder. Technology allows me to make them fly around then blow away and do stuff which Maurice could not do at that time, but they still purposely look like those dots. It was nice to repeat those.”

Bond fans may have recognised items including the inner workings of a clock, sands of time and an hourglass similar to those seen in On Her Majesty’s Secret Service indicating the theme of time. “There is something even more subtle than the hourglass and time in there. The colours are closely linked to the films of the 1960’s” says Kleinman. “I really like the title sequences of that era and the likes of You Only Live Twice and the nod to that time is the mix of colour combinations. I was conscious of No Time To Die’s title sequence having echoes of those previous films through style and in the imagery of some of the people from previous films such as Vesper Lynd and Blofeld. Those characters are still relevant within the story of this movie.”

So what does Kleinman feel is the secret to making a classic Bond title sequence? “There are a lot of things to put in the main titles to ensure it’s jam packed with stuff and you have to be able to enjoy it initially without knowing all those references on the first viewing but I think die-hard fans will enjoy some of those references. I’m sure there will be people who miss them the first time but will get them eventually.”