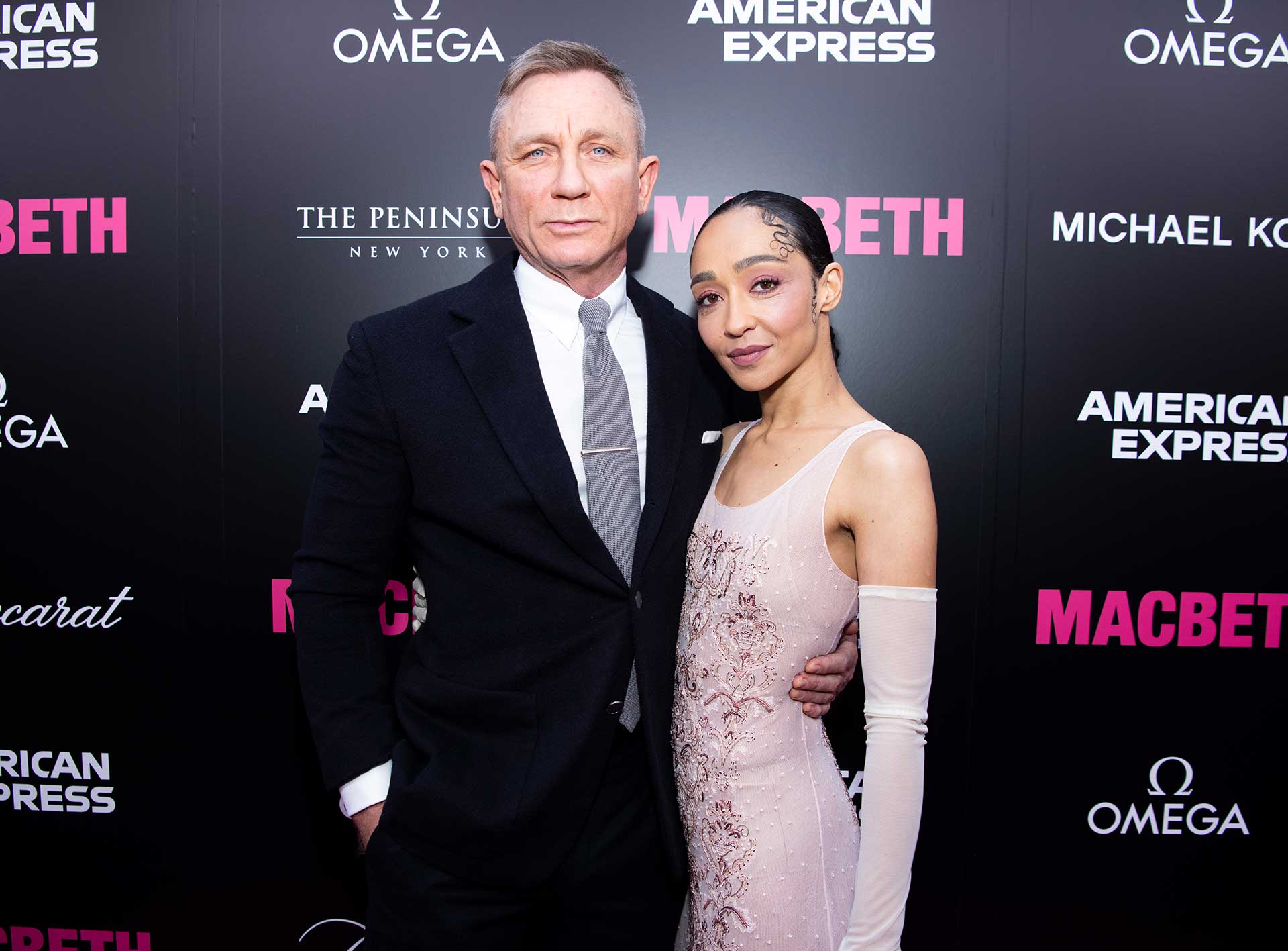 Macbeth has had its pink carpet opening night at the Longacre Theatre on Broadway in New York City. Produced by Michael G. Wilson and Barbara Broccoli, the play stars Daniel Craig in his first post-Bond acting assignment.

This fun new production of Shakespeare’s drama stars Ruth Negga in her Broadway debut as Lady Macbeth and is directed by Tony Award winner Sam Gold. Costumes are designed by Suttirat Larlarb, creator of No Time To Die’s costumes. A tale of malice, matrimony and murder, Macbeth tells the story of one couple’s obsession with power – and their guilt after doing the unthinkable. The production captures the passion and ferocity of Shakespeare’s most haunting text like never before and runs for a limited season until 10th July.

“Daniel is not only a great film actor but a magnificent theatre actor as well,” Broccoli said in a statement. “I am thrilled that he will be supporting the return of Broadway playing this iconic role with the exquisitely talented Ruth Negga making her Broadway debut and under the expert direction of Sam Gold.”