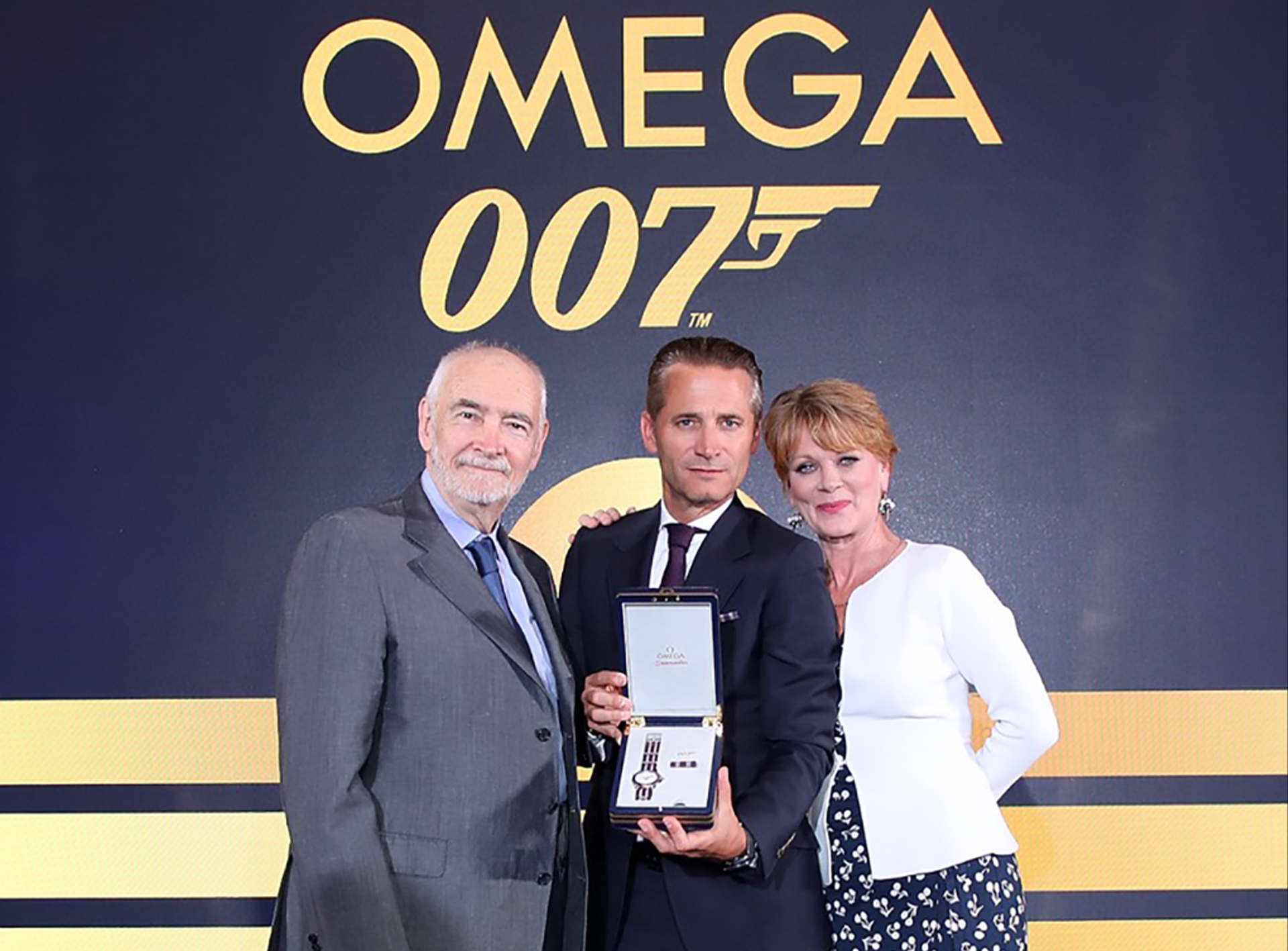 2017 marks three noteworthy anniversaries for Albert R. Broccoli’s EON Productions and Metro-Goldwyn-Mayer Studios’ (MGM) Bond franchise including: the 50th anniversary of You Only Live Twice; the 40th anniversary of The Spy Who Loved Me; and the 20th anniversary of Tomorrow Never Dies. In each of these films, James Bond can be seen wearing his official military uniform.

To celebrate these anniversaries, OMEGA have created a unique watch design inspired by the red, white and blue colours of the Royal Navy as well as the Commander’s insignia itself. Presented on a NATO strap with an additional metal bracelet, the stainless steel version is limited to 7,007 pieces and the 18K yellow gold version to just seven pieces.

OMEGA has been the choice of James Bond since 1995, when the spy first wore a Seamaster watch in the film GoldenEye. Since then, the character and OMEGA have shared every on-screen adventure together. A Seamaster Diver 300M “Commander’s Watch” Limited Edition will be on display at Bond In Motion in London alongside Commander Bond’s costume from Tomorrow Never Dies.