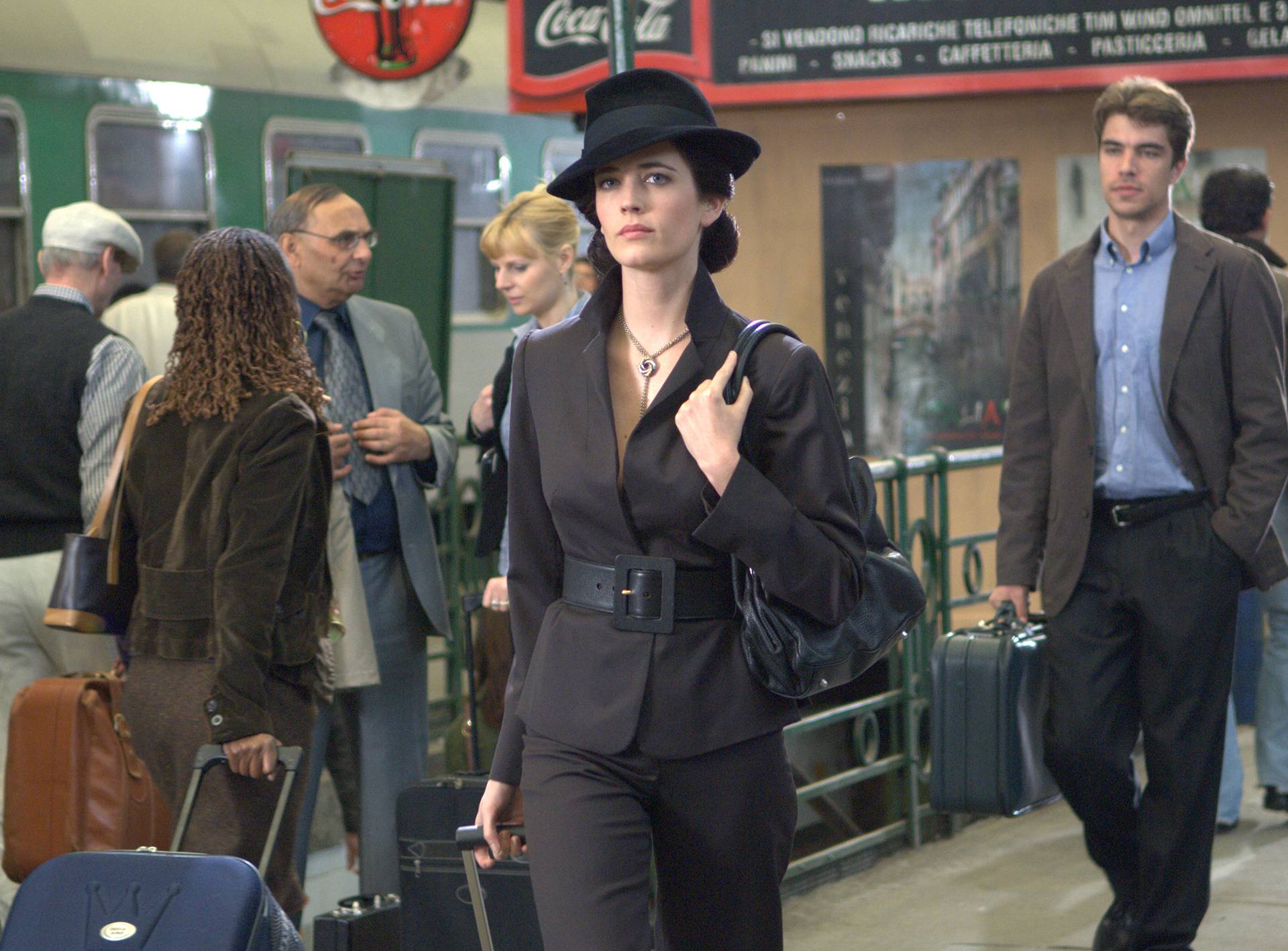 Academy Award-winning costume designer Lindy Hemming has designed five 007 films, from GoldenEye to Casino Royale. She shaped the debuts of Pierce Brosnan and Daniel Craig and helped reinvent the style of 007 for modern audiences. Here Lindy shares her experiences and tells us about the unique role that hats have played through the years.

Tell us how you start the design process on a 007 film?
For every character, the costume design draws inspiration from the writing and the story the director wants to tell. This is the same process working with the actors who play and create the characters. Our work is to imagine what the finished, costumed person will look like and to facilitate everything involved in bringing that look about. Whether it be tailoring, dressmaking, shoemaking, hat-making, knitting, fabric printing, anything that helps to create the finished look – which can be for a Wonder Woman, Peter Pan or a Bond villainess, the process is the same.

How was it working on two James Bond debuts?
Pierce Brosnan and Daniel Craig developed the character of Bond in different ways, with their own ideas of who he is and how he behaves. It is the work of the costume designer to help rethink the character and their clothes, and come to a look which tells us about the personality of this new version of James Bond.

How did Bond’s relationship with hats begin?
Of course everyone remembers the Lock & Co hat that many James Bond actors have tossed onto the office hat stand with varying degrees of bravura or nonchalance. I feel most of the surface appearance and lifestyle choices came from Ian Fleming’s stories, and then it was up to a long line of costume designers such as myself to interpret that information into the character as played by the different actors. Regarding the original decision to dress Bond in a hat, I imagine that it was because both pre and post war men of his class – and especially those like him of ex-naval/military status – almost always wore a hat when outdoors and would be undressed without one.

We know that Sean Connery’s 007 introduced the trilby hat – why do you think that style was chosen?
The trilby had become fashionable for the younger trendier 60’s man. It was produced in many different fabrics including straw for sporty occasions and summery situations so it was the ideal versatile design for James Bond’s first adventure.

Tell us about some of the hats you have created for Bond.
In the 1990s, when I started designing for Bond, hats were not very popular with younger actors, or for that matter cinematographers. Most designs were either military, naval or for sport. I have designed and commissioned quite a few hats for the series… my favourite I think is Eva Green’s Casino Royale trilby, worn on the train to Montenegro – a nod to Bond films of the past and a reminder of movie stars of the 40s and 50s. It was in keeping with Vesper’s style generally. Another great costume opportunity was for Sophie Marceau as Elektra King, the rich daughter of an oil billionaire. Sophie’s character had so many interesting costumes and a beautiful fur hat in the ski sequence with Bond made by the great Phillip Sommerville. I also love Famke Janssen’s hats in GoldenEye. She was my first Bond villainess and had lots of fun costume moments which allowed for hats. The Montecarlo sequence with the huge black hat made by Phillip Sommerville; and a very chic tall black Astrakhan style, reminding us that she was in the Russian military. It also gave a nod to Grace Jones as May Day in A View To A Kill.

What have been your standout Bond hat moments?
When I look back over the Bond films past and present, I first have a really strong visual memory of Sean Connery’s golf sequence with Auric Goldfinger and Oddjob. It has to be The James Bond Hat Moment. There we see the two characters defined by their clothing and their choice of headwear. Bond, physical and on trend for the 1960s, in his slim slacks and straw trilby, referencing the likes of Frank Sinatra and Sam Snead, the famous American golf champion. Then there is Goldfinger wearing his classic and staid golfing attire, with tweed and wool, putting him at an obvious fashion disadvantage. Now add in Oddjob, seemingly a caddy and gentleman’s gentleman, in his black bowler hat. What a triple whammy of men’s hats. Only a little later do we discover the hidden potential of this bowler hat, possibly the most famous movie hat ever.

Lock & Co. have released a 60th Anniversary collection of hats – find them here at 007store.com.