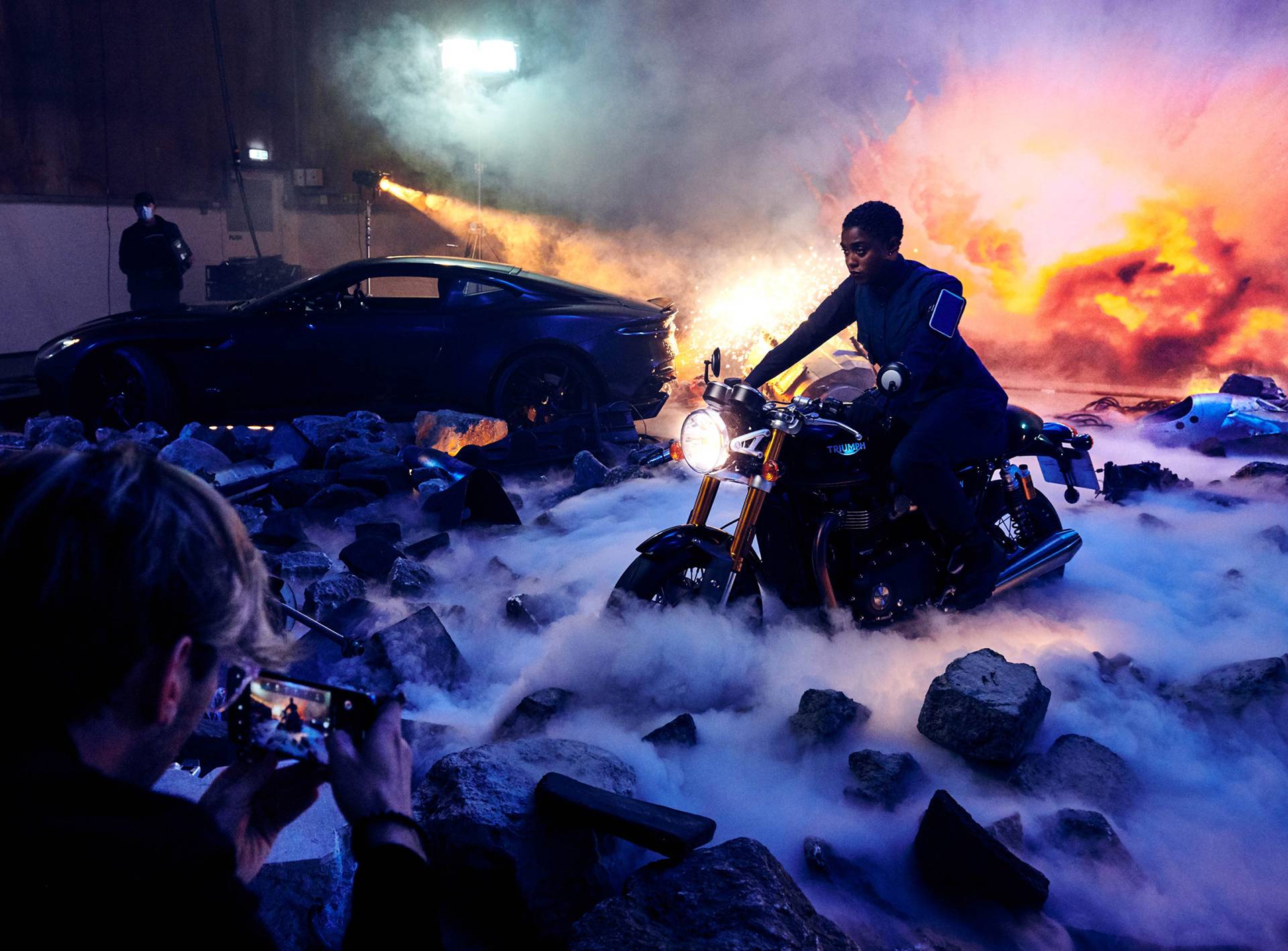 No Time To Die’s Lashana Lynch features in official phone partner Nokia’s campaign for the new Nokia 8.3 5G in character as 00 agent Nomi. The shoot was captured on the new phone and took place at Pinewood Studios. Also launched today is Nokia’s full length commercial which sees agent Nomi on a daring mission.
Lashana Lynch: “The world we live in now means we all have the ultimate gadget in our pockets. It’s amazing what smartphones can do nowadays. I’m excited to be unveiling this new smartphone to celebrate the release of No Time To Die in November, and the Nokia 8.3 5G is proof that Bond gadgets are always ahead of the game.”See Lashana as Nomi in No Time To Die in cinemas this November.