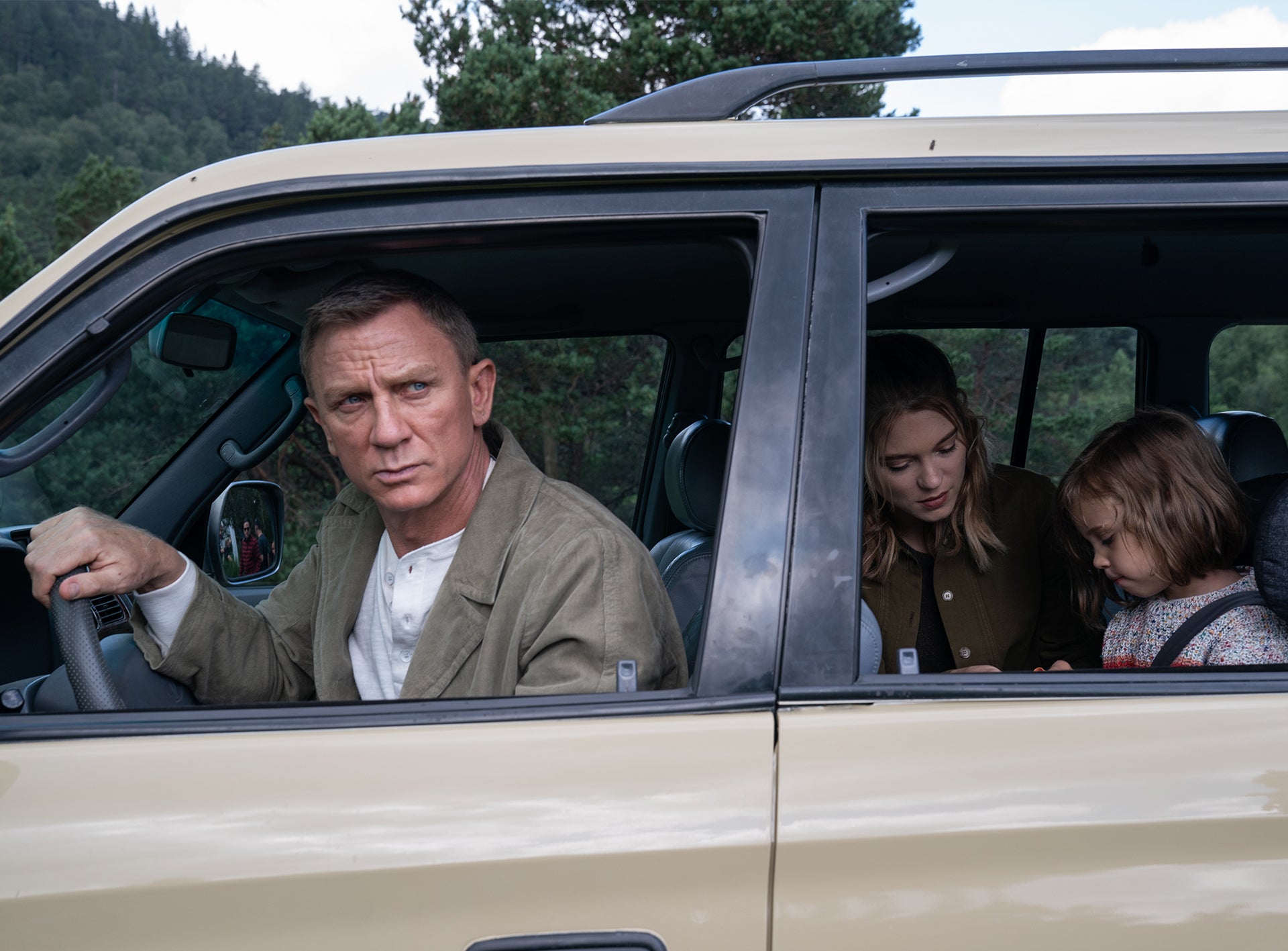 New archive items have been unveiled to Bond in Motion – No Time To Die, Beaulieu’s exhibition at the National Motor Museum. Joining the collection of vehicles, gadgets and costumes curated by Bond Archivist Meg Simmonds, is Madeleine Swann’s chase-damaged Toyota Land Cruiser Prado J90, complete with child seat. This is the family SUV that Bond uses to drive Mathilde and Madeleine to the forest hideout, fending off a fleet of 4x4s, bikes and a helicopter on route.

New No Time To Die gadgets on show include Cuban CIA agent Paloma’s handbag and spy-enhanced lipstick case which hides the listening devices she and Bond use at the SPECTRE gathering. Q’s state-of-the-art QDar tracking device, is another new arrival to Beaulieu, used by 007 agent Nomi to map out Safin’s island bunker in 3D.

Safin’s toxin vial, used by actor Rami Malek on the island set at Pinewood Studios, also joins the exhibition. When the vial breaks in the movie’s climatic moments, Bond is permanently infected with the potentially lethal toxin.

Bond in Motion – No Time To Die opened in 2021 and runs until October 2022 at Beaulieu, Hampshire, England.  Find out more here.