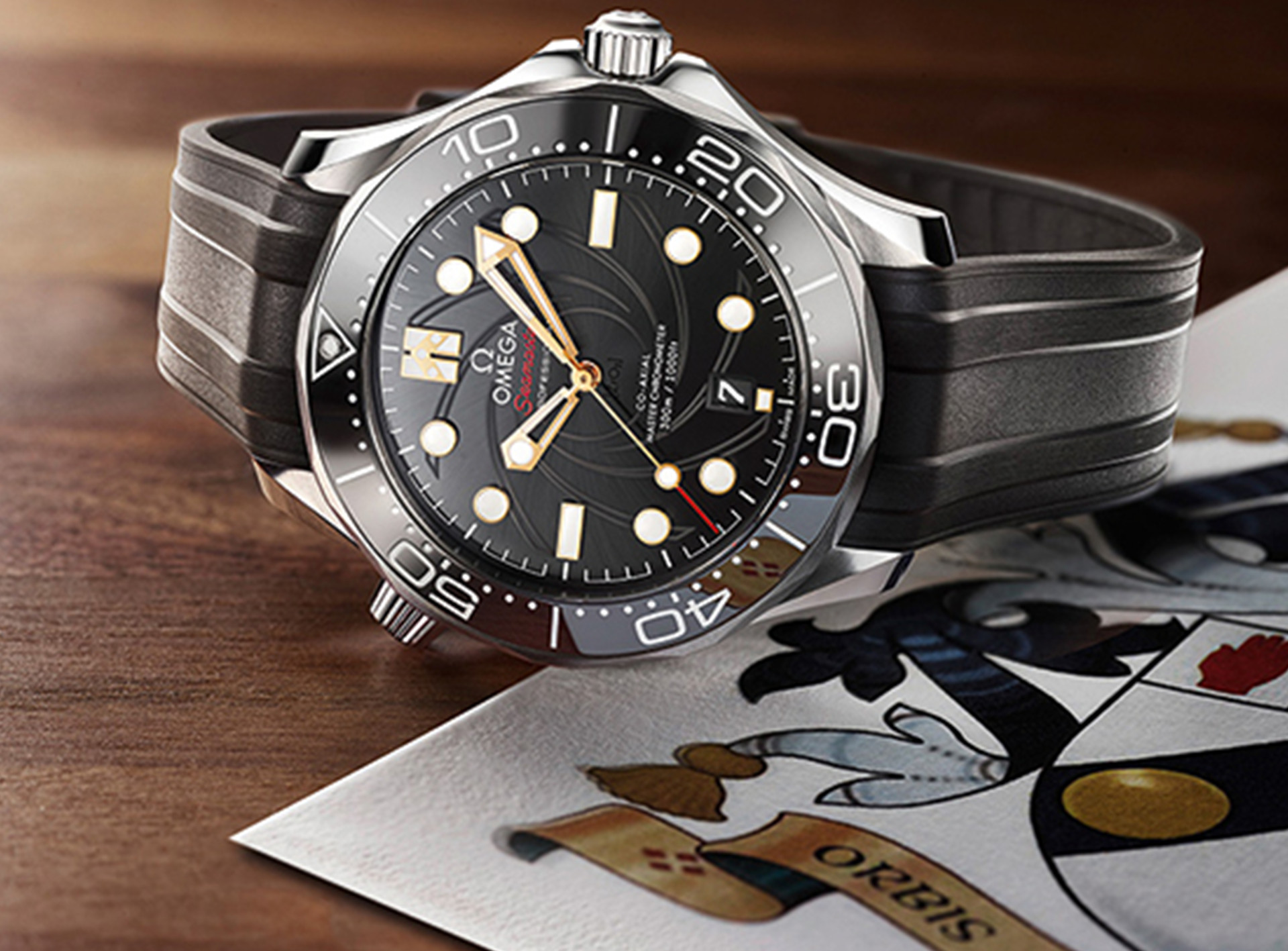 OMEGA have released a Seamaster Diver 300M to celebrate the 50th anniversary of On Her Majesty’s Secret Service (1969) with special 007 detailing.

OMEGA’s new 42mm Seamaster Diver 300M in stainless steel is limited to 7,007 pieces and features a black PVD on black ceramic dial, with a spiral-brushed gun-barrel finish and 9mm bullet head at the centre.

18K yellow gold has been used to create the hands and indexes, including the index at 12 o’clock, which follows the look of the Bond family coat-of-arms. On the 7th day of each month, the number 7 on the date window uses the same font as the 007 logo. There is also a hidden ‘50’ on the 10 o’clock index, which appears by night as a secret signature within the Super-LumiNova.

This includes the steel watch described above and a second model in 18K yellow gold, which sports a black rubber strap with an 18K yellow gold buckle. On this watch, the black ceramic bezel features a diving scale in OMEGA Ceragold™.