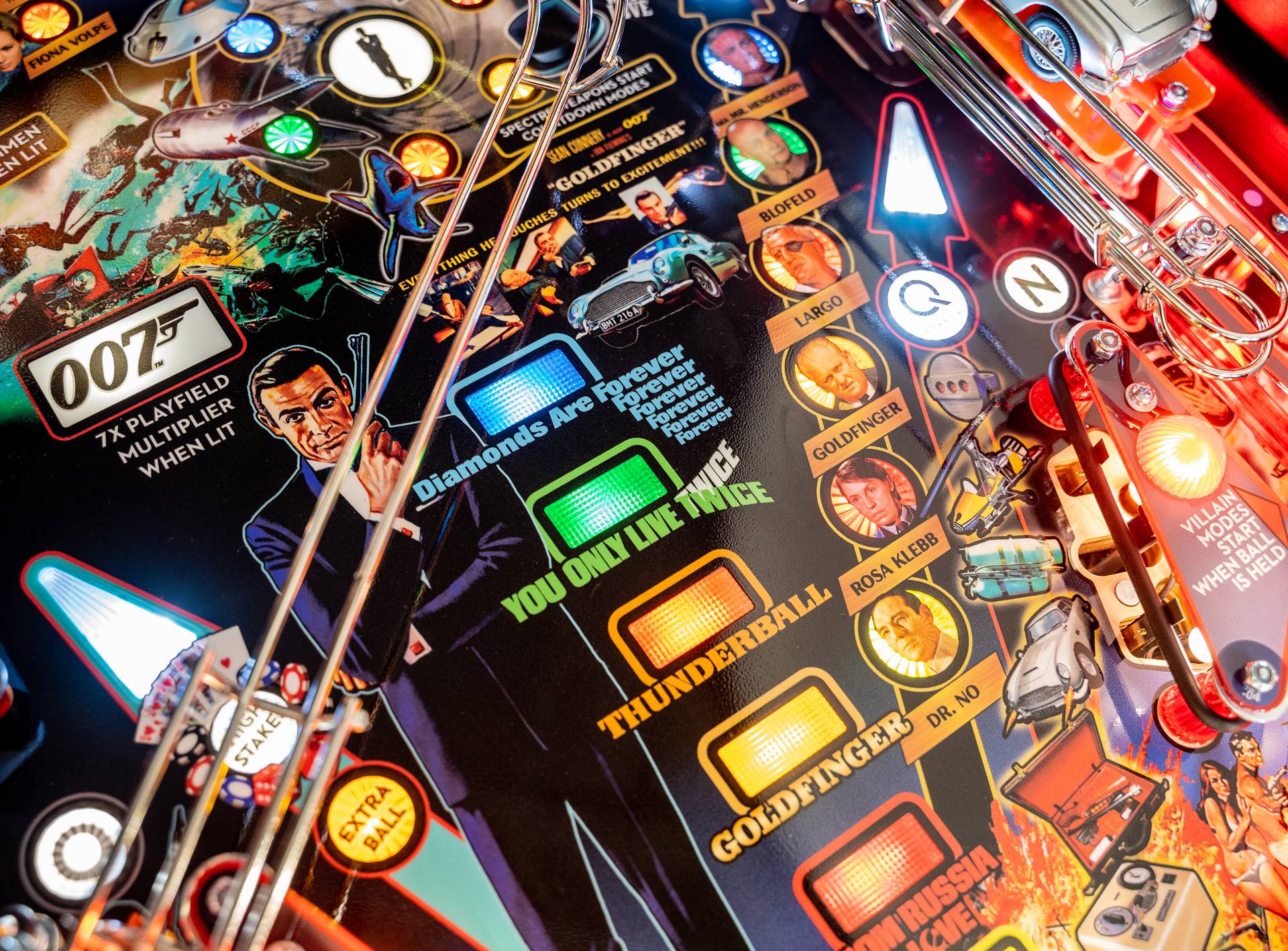 Flippers at the ready as Stern Pinball announces the release of a new series of James Bond pinball machines.

Three new games focus on the Sean Connery 007 films, with elements from Dr. No, From Russia With Love, Goldfinger, Thunderball, You Only Live Twice and Diamonds Are Forever, with a Limited Edition fourth model celebrating the 60th Anniversary of the franchise including all 25 films and Bonds, villains and henchmen.

Stern Pinball is the world’s largest and oldest pinball machine manufacturer and makes their arcade-quality games in the USA. We caught up with Lead Designer, George Gomez, Stern’s Chief Creative Officer and EVP to discuss his inspiration for this new era of 007 pinball.

How did it all start?

Bond has a history with pinball – there were games in the ‘80s and ‘90s based on Moonraker and GoldenEye. But I wanted to celebrate the original genre-defining films: the movies that built the legend. This is my James Bond. My aunt took me and a buddy to see Goldfinger in 1965 when I was 10: big theatre, marquee lights, red velvet seats. She dropped us off with popcorn and candy money and told us that she had seen it and we would love it. We called her from a pay phone in the lobby after the first showing and told her we’d like to stay to see it again. We did. Cool aunt – I’ve dedicated the game to her in the credit roll.

Tell us about the games.

We’ve created four models including the Pro Edition with a Dr. No design and the You Only Live Twice-inspired Premium Edition. The Limited Edition has Thunderball elements – made in a run of 1,000, and the 60th Anniversary machine is a retro-inspired playfield with just 500 being made.

What can players expect?

We’ve included iconic moments and locations from the films – you can gather gadgets from Q Branch as pinballs get ejected through the roof of a custom sculpted Aston Martin DB5. Break through the Osato Chemicals drop targets to battle SPECTRE at the Bird 1 rocket base. The Premium Edition includes Thunderball‘s jetpack and underwater fight scene… hold your breath on the gravity-defying magnetic jetpack as it transports pinballs across the playfield. Players can also track progress, earn achievements and connect with other machine owners across the world with our Insider Connected system.

The Pro and Premium Editions are available to order now at 007Store.com.