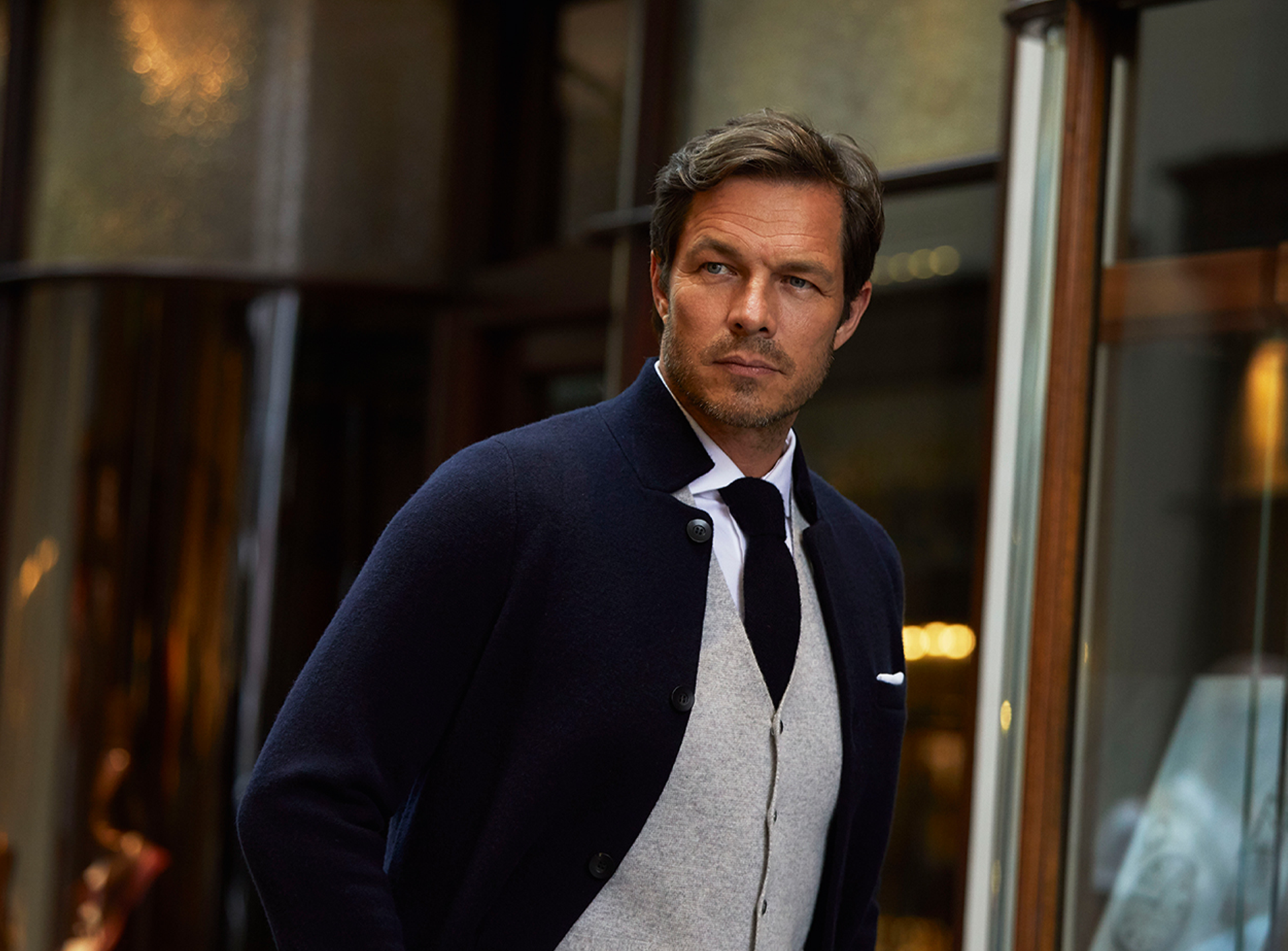 Luxury British brand N.Peal is launching an exclusive 007 Cashmere Collection inspired by more than 50 years of Bond. The collection offers 13 looks inspired by scenes from Goldfinger, On Her Majesty’s Secret Service, Live And Let Die, For Your Eyes Only, The Living Daylights and GoldenEye plus three pieces worn by 007 in Skyfall and Spectre. Available to buy from 18 October the collection includes 24 items in total.

N.Peal began its relationship with the 007 franchise in 2012 for Skyfall with a blue wave round neck knit worn by James Bond. Subsequently N.Peal were asked to create two knits which were worn by Bond in Spectre – a cable knit roll neck, and a superfine mock neck in charcoal which also featured on the Spectre teaser poster worldwide.

The range will be available to buy on the 18th October with exclusive pre-order from the 17th October on www.007store.com