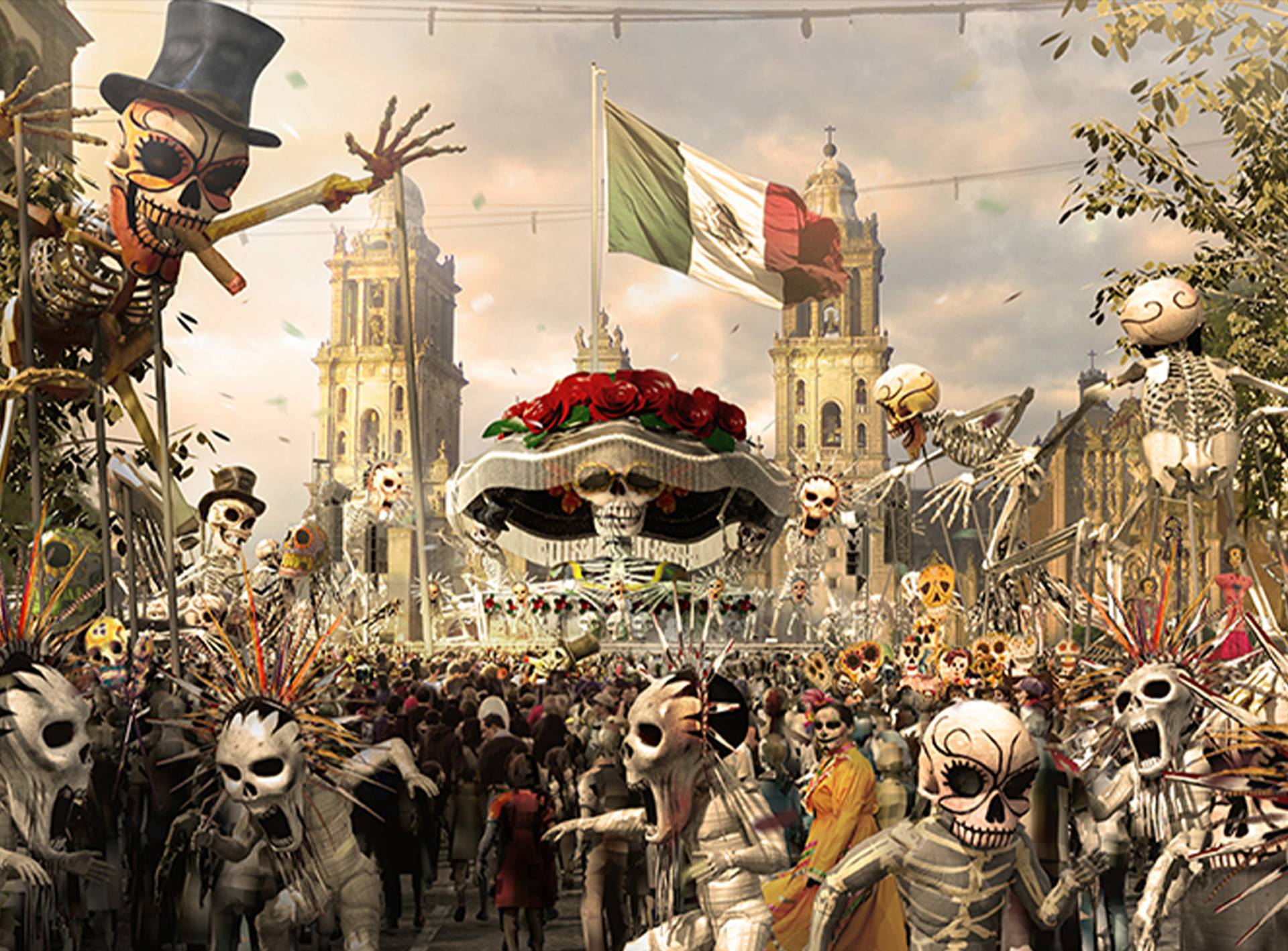 EON’s archivist, Meg Simmonds, is the author of Bond By Design: The Art of the James Bond Films which is published on 1 October…

The designs behind landmark sets including Stromberg’s Atlantis base in The Spy Who Loved Me (1977) and Blofeld’s Volcano Lair in You Only Live Twice (1967) feature in the book. Is there a set design that is your personal favourite and what is the story behind its design?
It is so difficult to just choose one. The six rough concepts of the Rumpus Room in Goldfinger (1964) and the six rough concepts for SPECTRE’s HQ in Thunderball (1965) are collectively my favourites. Once Sir Ken Adam had an idea for a set, he worked very fast. You can feel his excitement for the project and see it develop. These roughs illustrate part of the creative process and the viewer gets to witness what is discarded and what is kept. I love that behind-the-scenes insight.

Do you have a favourite Bond gadget design from the book? Tell us why.
Yes, it isn’t a very obvious choice. Bond’s Secondary Homer Concepts by Michael White, Goldfinger, (1964). This concept includes a variety of ideas and next to the sketch of a homer in a toothbrush is written ‘Ridiculous!’. From the very beginning the producers Broccoli and Saltzman encouraged everyone on the production team to be actively involved in the creative process, what Sir Ken Adam referred to as the ‘democratic debating society’. This concept shows one of the art directors experimenting with ideas and once again rejecting some of them. It is great fun to be contributing to the ingredients of the collaboratively creative Bond soup that keeps a popular icon vital for the audience.

In Bond by Design the reader sees everything from the earliest hand-drawn set sketches from Dr. No (1962) to a digital illustration from the latest James Bond film Spectre (2015). How has the design process behind Bond evolved over the years?
The design process has evolved along with technology. For instance in the early 1960s you did not have the ability to photocopy or scan, therefore original art was created and shared. In all of Sir Ken Adam’s concepts you will find a mass of little pin holes in the corners because these were working pieces of art, taken on and off a pin board for different departments to look at and use as a reference. In the 70s and 80s you begin to get photocopies of storyboards and concepts. The pin holes are reduced. And today you don’t have a physical piece of original art – you have a digital file – no pin holes whatsoever. In the 1960s very few sequences were storyboarded as the pace of the films and editing was slower than today. In the 1990s practically the entire film is storyboarded due to an increase in fast action sequences. Storyboard sequences today are being replaced with ‘previsual’ sequences which are digitally animated and provide more information about camera movement. Each new way the designs are executed increases the ability and speed to make changes and inform a large crew quickly.

Tell us more about some of the previously unseen designs that feature in the book?
In most of our publications that cover the behind-the-scenes process of film making there is only a minimal amount of space to illustrate the concepts behind the design process and therefore the same handful of final pieces are published over and over again. I’m so pleased that this book focuses in on this one aspect. 75 per cent of the concepts in this book haven’t been published before, to my knowledge.

How long does it take to design a Bond film?
The design process starts very early and continues throughout the film-making process to the very end. For Bond films – I’d say the average time it takes is about one year – give or take a few months.

How do you acquire items for the Archive? What’s the rarest/most
expensive?
Luckily most of the concepts and technical drawings were kept from the very beginning. Production Designer Peter Lamont was instrumental in making sure these were kept safe between films. The oldest Ken Adam concepts are the most valuable because of their age and because he set such precedent in the modern approach to designing Bond sets.

How did you become EON’s Archivist?
I worked with Jerry Juroe in the Publicity Department on The Living Daylights in 1987 providing picture research for some special 25th anniversary publications. In 1995 digital image scanning became accessible to the public. Producer Michael Wilson agreed that we should start a digital archive of images. At the same time Jane Wilson, Michael’s wife, suggested that we make an inventory and start a proper archive of all the physical assets, such as props, costumes and concept art. So Jane, Iris Rose, the Production Coordinator back in the 1980s and 90s, and I spent several days unlocking offices and garages peppered around Pinewood to begin the process of creating an inventory of all the physical Bond assets. I had a team of researchers headed by Tim Ryan from the GoldenEye art department start identifying some of the obscure objects and creating a database. It has just continued to grow from there.

Did you find iconic pieces of Bond history missing once you identified and inventoried everything that was kept?
Yes, Many pieces were inadvertently given away. We had to buy back Oddjob’s bowler hat! Many of the vehicles were sold off by the production company when the promotional period for a particular film ended. Thanks to dedicated Bond fans in the Ian Fleming Foundation many of these were tracked down and restored. They have collaborated with us on our Bond In Motion exhibition now located in Covent Garden. Right up to the 1990s the costumes were always given away or sold to cast and crew members at the end of filming – so I’ve had to keep my eye on auctions for those. Researching the art work for this book led me to get in touch with Robert Laing’s family. His son Martin has followed in his footsteps and is a very successful production designer. I met with Martin and his mother, Maureen, and they showed me original artwork from Thunderball, You Only Live Twice, On Her Majesty’s Secret Service and Live And Let Die that I didn’t know existed. That was a thrilling moment. Many of those pieces are included in this book.

Who do you think will enjoy this book?
I hope that anyone who is interested in the film making process and design will enjoy seeing the variety of styles and approaches employed over the years in visualising and making Bond’s world real.