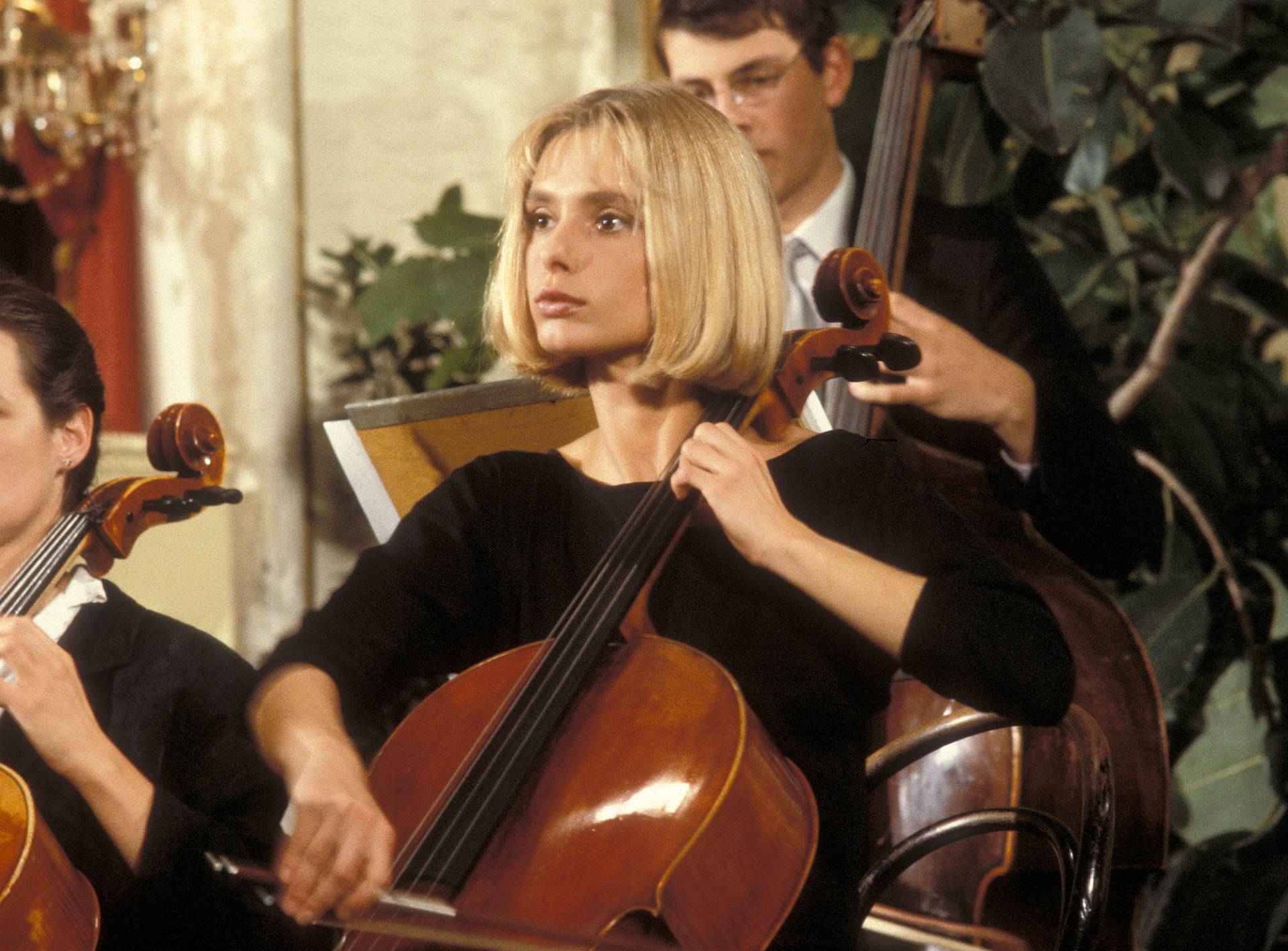 For Maryam d’Abo, the path to a Bond role involved three potential 007 lead actors, a part-made German art house film and a chance meeting with Barbara Broccoli in a health club. As part of our 60th anniversary celebrations we spoke to Maryam about her casting, being part of the 007 world and, of course, riding that cello case…

How did you first become involved with James Bond?
I was completely shocked when I was put up for a part. It was with Roger Moore on A View To A Kill and I didn’t see myself fitting the bill but John Glen, the director, saw something in me that day. Then before The Living Daylights came round, Cubby Broccoli was casting for the new James Bond actor and they were looking for somebody to run the lines. It was at Pinewood Studios and I did this one scene with Cubby, John Glen and the whole crew there. I then went to Germany to film a Nabokov novel but after a month, the film funding collapsed. The director had 20 minutes of footage and went to United Artists to discuss financing. They saw me in the footage and recommended me to the Broccoli family. I’d grown up and had my hair cut in a bob so I looked quite different to my previous Bond screen tests. Then I bumped into Barbara Broccoli in a health club. I was drying my hair upside down and she just did a double take and said ‘Oh my God, Maryam! You’ve changed. You look so different!’ So between Barbara’s opinion, the United Artists office and John Glen wanting to see me again, it all sort of tied together. I went for a meeting at Pinewood and next thing I knew, I got the part of Kara. I nearly fell over because I was absolutely stunned.

Is it true that you were almost run over the day the role was confirmed?
My agent called me and just said, ‘Guess what, you’ve got the part!’ I was crossing the street in a daze going to a singing lesson near Edgware Road in London. Suddenly this car was braking and honking at me… It wasn’t serious though as the car wasn’t speeding.

How was it when Timothy Dalton replaced Pierce Brosnan in the film?
It happened so fast. I was aware Pierce was going to be the next Bond, but by the time I was cast he was unavailable because of his contract in America. Then they approached Timothy. I remember Barbara organised dinner at this restaurant called Zen in Sloane Avenue. When I arrived they were already sitting at this little round table; Michael G. Wilson was there and Timothy, who was looking very dapper. So that’s the first time I met him. Timothy had this extraordinary presence: very handsome and that incredible operatic, deep voice. It was wonderful. All the tension disappeared. Michael and Barbara have an immense talent at making people feel relaxed and are great at connecting people.

How did your life change once you joined The Living Daylights cast?
It was just a whirlwind. I went from nobody knowing who I was, to paparazzi in front of my house. So that was all a bit new to me and I did feel a bit like a deer in the headlights. But at the same time, there was so much joy in preparing this film and it was like being welcomed into a family. It was a family for a whole year together because I had to prepare beforehand and I had to learn how to mime the pieces of music that I played on the cello. Then I also had to take horseback riding lessons. It was so exciting. I was learning – which is always wonderful as an actor – and the Broccoli family made sure that I was ready and I had the best treatment.

How was your time filming in Vienna?
We had a big press conference in Vienna to begin with. It is a beautiful city. We did two weeks of filming and then I got to work with composer John Barry. John was conducting and I was actually playing – they soaked the bow with dry soap so that the sound couldn’t be heard. I had to learn just the movements of the pieces that they were going to shoot on film, but I really felt carried and supported by the incredible orchestra. One minute I was on a small film in Germany, then working with John Barry and the orchestra… and the next thing I knew I was on a cello case with James Bond going down a mountain.

How was filming the cello case scenes? It doesn’t look the most comfortable thing to film.
It wasn’t but it looks so effective on screen. I had two wonderful stunt doubles too thankfully, but I still did a lot of the scenes with Timothy where we were sliding down the mountain. I had to make sure the cello case was going straight down the mountain and not curving to the left or right. Timothy was heavier than I was so it moved towards his side more. I had two little bars to hold on to make sure that we were going straight. We often ended up at the bottom of the hill on the case spinning around. They also put tiny little explosive charges underneath the snow so it would look like we were under fire. They are harmless but I hate anything that’s going to make a loud abrupt noise, so we used all my real reactions in the film!

Tell us about the Royal visit to the Pinewood set.
We had so much fun at Pinewood and Princess Diana and Prince Charles were charming. We were in the room with all the props and there was a prop champagne bottle which was made out of sugar glass. Princess Diana was clever and funny, she took the bottle and just smashed it on Prince Charles. There’s always a lot of laughter on a Bond production.

What sets a Bond film apart and makes it fun?
The fun really has to do with the Broccoli family and the people they hire. They are extremely nice people, which you don’t necessarily have all the time. Cubby always knew how to have fun and make everyone happy – whether that was camel racing in the desert or getting the best pasta and sauces imported for the whole crew to feast on. He was wonderful at keeping our spirits up. Michael and Barbara have continued to captain the ship in the same way and know how to run such a big production like 007. It’s a Bond family. You see it on the screen at the end of the day.