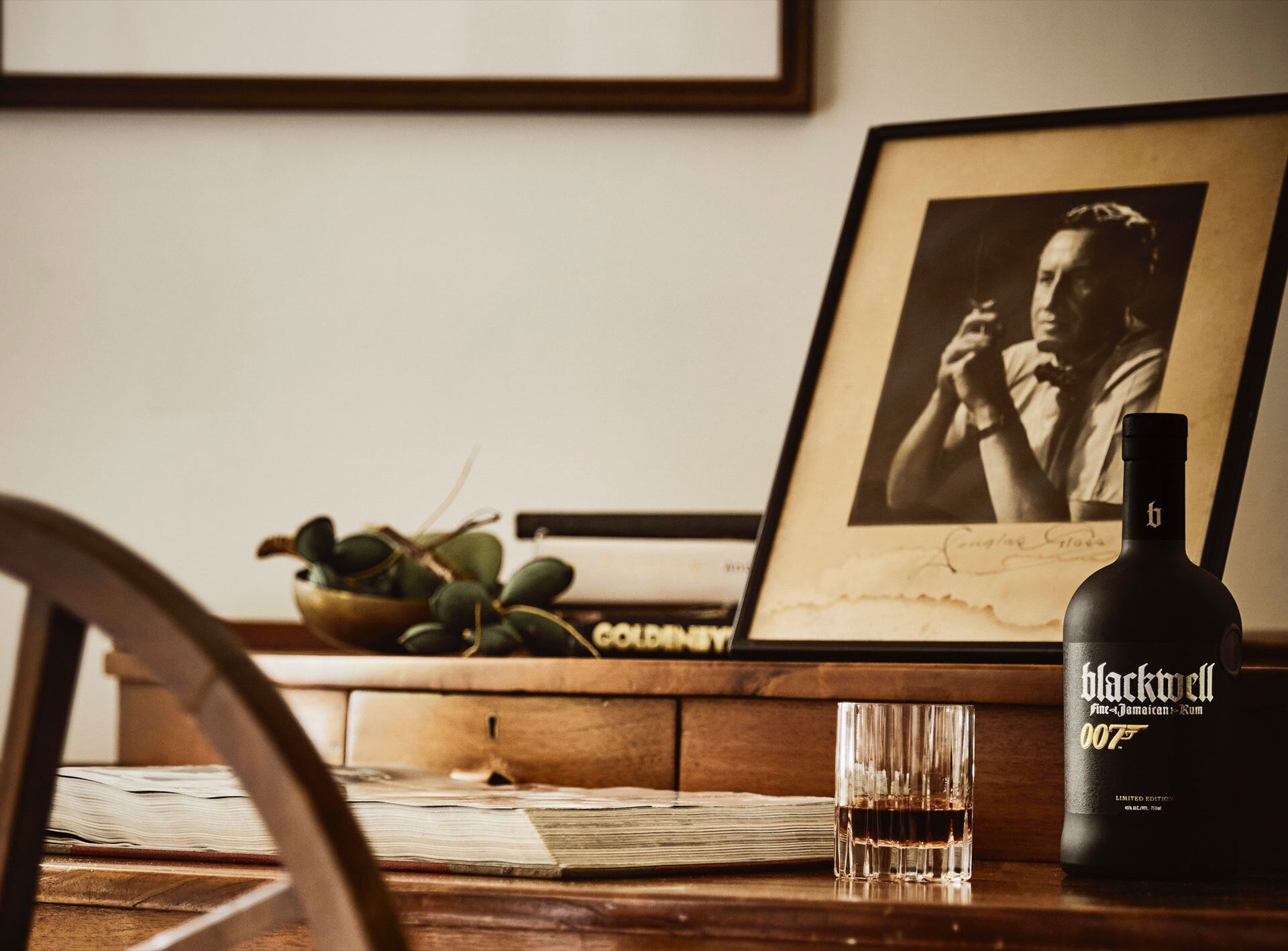 Ian Fleming first discovered Jamaica during a WWII mission in 1942. Four years later, he bought 15 acres of under-developed tropical land and named it GoldenEye: the title of the naval operation that first brought him to the island. He resided at the property each winter for more than two decades and wrote a new Bond novel each winter.

Today, the property is owned by Chris Blackwell, the founder of Island Records. Blackwell’s history with the property spans decades. In 1956, Fleming met Chris’ mother, Blanche Blackwell, who lived next door. They became close friends and Chris became a location scout in 1961 for Dr. No on Fleming’s recommendation. Chris and his mother spent many afternoons at GoldenEye enjoying lunch in Fleming’s sunken garden and swimming in the crystalline lagoon.

Chris went on to purchase the Goldeneye estate, now running it as a boutique resort where Fleming’s villa, with his original writing desk, remains available for overnight stays. He also created Blackwell Fine Jamaican Rum, inspired by his family’s time-honoured recipe, filled with the warmth and sensuality of Jamaica – “A rum that celebrates Jamaica, my friendships, and also my family legacy”.