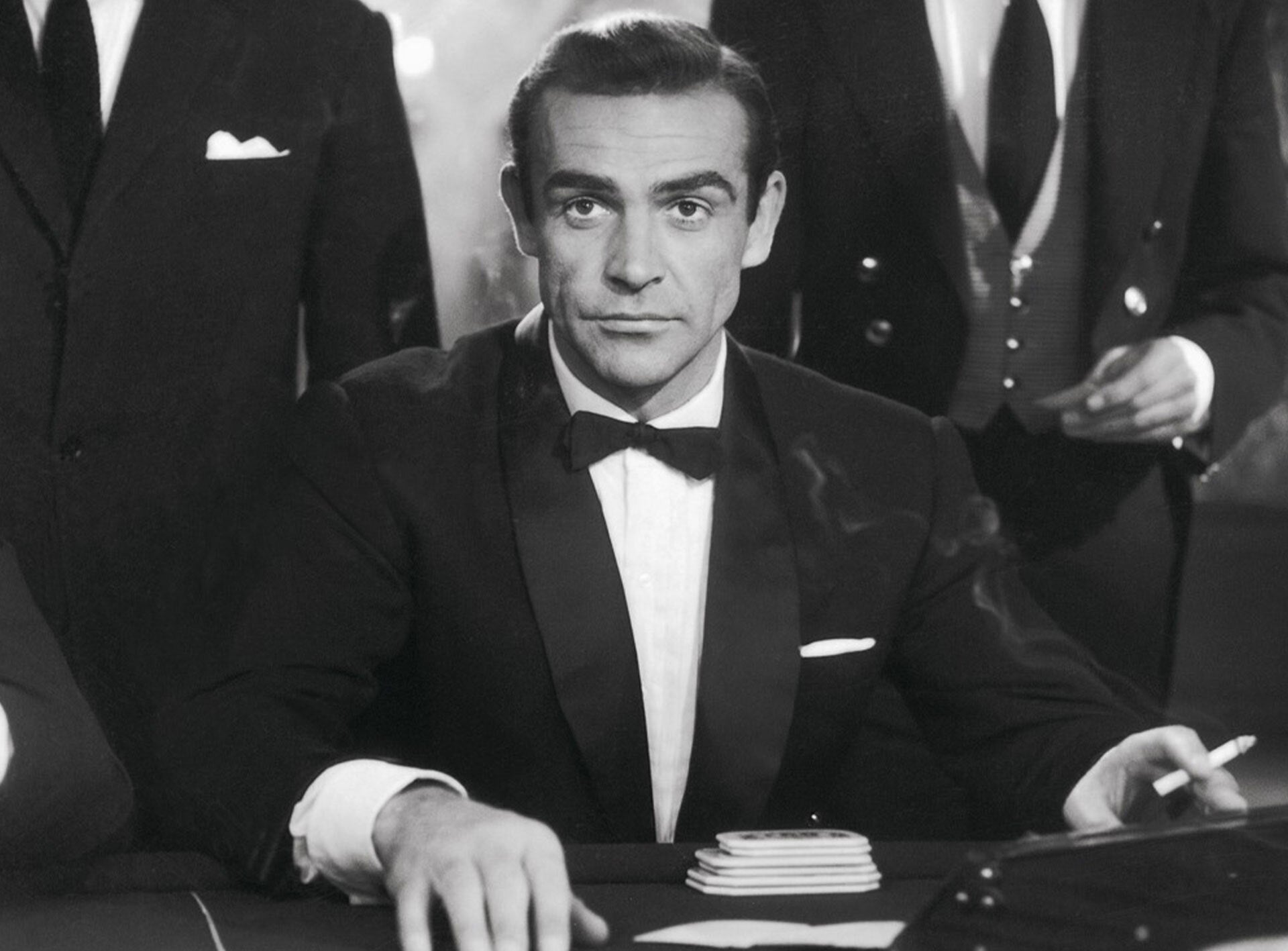 It’s James Bond Day – held on October 5th – the date of the World Premiere of the first James Bond film Dr. No in 1962.

In 1961, American producer Albert R. ‘Cubby’ Broccoli wanted to bring Ian Fleming’s James Bond novels to the screen. Teaming up with Canadian producer Harry Saltzman, who had optioned the rights to the series, Broccoli landed the financing from United Artists, raising $1 million to bring 007 to the screen.

Initially Broccoli and Saltzman wanted Thunderball to be the first Bond adventure. When their intention was scuppered by copyright issues, they turned to Dr. No, the sixth Fleming novel that featured a topical story (the space race) and plenty of action, all set in a dazzling tropical location. To direct the picture, the producers chose Terence Young, a filmmaker Broccoli knew could bring the elegance, style and panache that were hallmarks of the character.

To adapt the screenplay, the team selected Wolf Mankowitz, who initially introduced Broccoli to Saltzman, and Richard Maibaum who had penned Broccoli’s first big hit The Red Beret alongside Johanna Harwood and Berkely Mather.

The final screenplay cleaved closer to Fleming. James Bond (Sean Connery) is sent to Jamaica to investigate the suspected murder of a fellow agent. Bond, with the help of CIA operative Felix Leiter (Jack Lord) and islander Quarrel (John Kitzmuller), follows a trail that leads him to scientist Dr. No (Joseph Wiseman). Landing on Dr. No’s private island, Crab Key, Bond encounters sea-shell collector Honey Ryder. The pair are captured by Dr. No’s private army and Bond learns of the scientist’s plan to destroy the US space program as a first step towards world domination. Bond outwits Dr. No, knocking him into a nuclear reactor pool, and rescues Honey before the island explodes.

The biggest question revolved around the casting of James Bond. The producers considered casting big names such as Richard Burton, James Mason and Cary Grant (the best man at Broccoli’s wedding). When Mason and Grant refused to sign up to multi-picture deals, Broccoli and Saltzman sought an unknown, discovering a young exciting Scottish actor named Sean Connery. It took Terence Young, who had worked with Connery on Action Of The Tiger, to school the actor in the ways of sharp suits, expensive food and fine wines. The role ultimately fit Connery like a glove.

For Honey Ryder, the producers cast Swedish actress Ursula Andress, who took the role at the prompting of her husband John Derek. To play the title role of Dr. No, Ian Fleming himself suggested friend and playwright Noel Coward. Coward sent a typically witty response by telegram: “Dear Ian, the answer to Dr. No is No! No! No!” The producers finally cast New York stage actor Joseph Wiseman.

Filming began in Jamaica on January 16 1962 before moving to Pinewood to shoot interiors. From Maurice Binder’s title sequence to Ken Adam’s sets to Monty Norman’s theme arranged by John Barry, the film established many of the elements now associated with the series. Equally ground-breaking was the film’s sense of pace and action. “The secret of the James Bond fights is that they are dramatic but are never real enough to be violently sickening,” said stunt arranger Bob Simmons. Dr. No opened in England on October 5th 1962 to huge critical praise and box office success. A new cinematic hero was born. The 5th October now marks, ‘James Bond Day’.