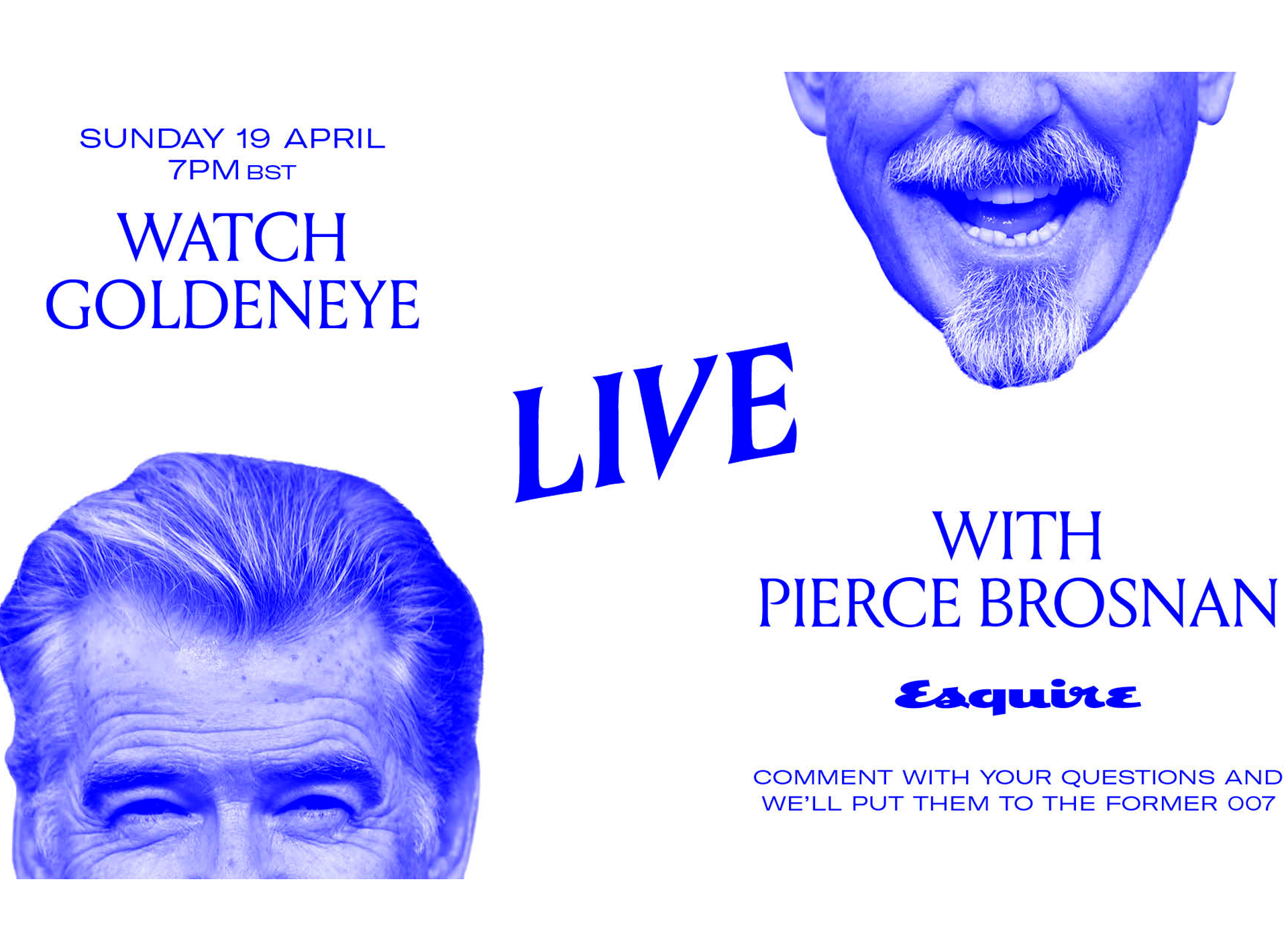 Pierce Brosnan will take part in a special live watch along of GoldenEye on Sunday 19th April at 7pm BST (2pm EST). A special commentary from the Bond actor will be live streamed on Esquire UK’s Facebook, Twitter and YouTube feeds.

To join the watch along, simply press play on your copy of GoldenEye at the same time as Pierce and listen along to his analysis and commentary. GoldenEye is available to rent on YouTube, Amazon Prime and Google Play.

Find more information about the watch along here: trib.al/0LWMyjE

1. The competition is only open to people aged 18 years or over excluding employees of the Promoter or anyone else professionally connected with this promotion. This competition is open globally.

2. A winner will be chosen at random during the Promotion Period to win the prize and will be contacted directly. The competition ends on Sunday April 26.

3. The winner will need to get in touch with the 007 Twitter page via a direct message by 6pm (GMT) the next day to claim their prize otherwise the right to the prize will be lost and the Promoter reserves the right to re-award the prize.

4. The prize will be sent at the promoter’s expense by post to the winner following such notification.

5. No entries from agents, third parties, organised groups or applications automatically generated by computers will be accepted for the Prize Competition.

6. Anyone found to use multiple accounts to enter will be ineligible.

7. Multiple entries in a single day will not be accepted.

8. Proof of submitting your entry is not proof of receipt of any entry by the Promoter. The Promoter is not responsible for any entries that fail to be submitted for any technical reason whatsoever. Entries submitted by any other means will be rejected. The Promoter can accept no responsibility for, and reserves the right to refuse entries which are corruptor incomplete. Any entries containing offensive or inappropriate content will be rejected.

9. No cash or alternative in part or full will be offered in lieu of the specified prizes. Prizes are not transferable.

10. By entering participants will be deemed to have accepted and be bound by the rules. All entry instructions form part of these Terms and Conditions.

11. The Promoter reserves the right to amend, alter or terminate this promotion at anytime due to circumstances beyond its control.

12. The Promoter’s decision is binding in all matters.

13. These rules are governed by the laws of England and subject to the exclusive jurisdiction of the English courts.

14. Twitter is not a sponsor of this contest and bears no responsibility or liability for the administration, operation, judging, or conduct of the contest, or the fulfilment of the Prizes associated with this Promotion. Promoter and Data Controller: Ai, The Metal Box Factory, 30 Great Guilford Street, London, SE1 0HS. By participating you hereby release and hold harmless Twitter from any and all liability associated with this promotion.