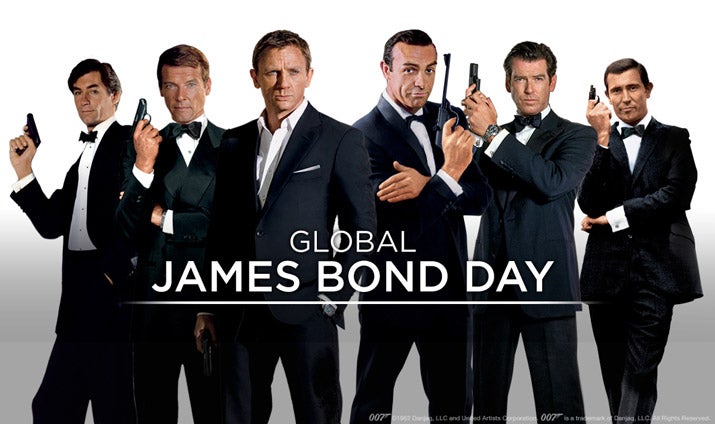 Today, Monday 5th October, is official Global James Bond Day – a celebration of 53 years of the Bond franchise. This date marks the anniversary of the release of Dr. No in 1962. This special day of celebrations first began in 2012 when the Bond films celebrated their golden anniversary with events all around the globe and the release of the theme song for Skyfall by Adele. This year the day is marked with the release of the official video for Writing’s On The Wall, the theme song for Spectre, by Sam Smith.