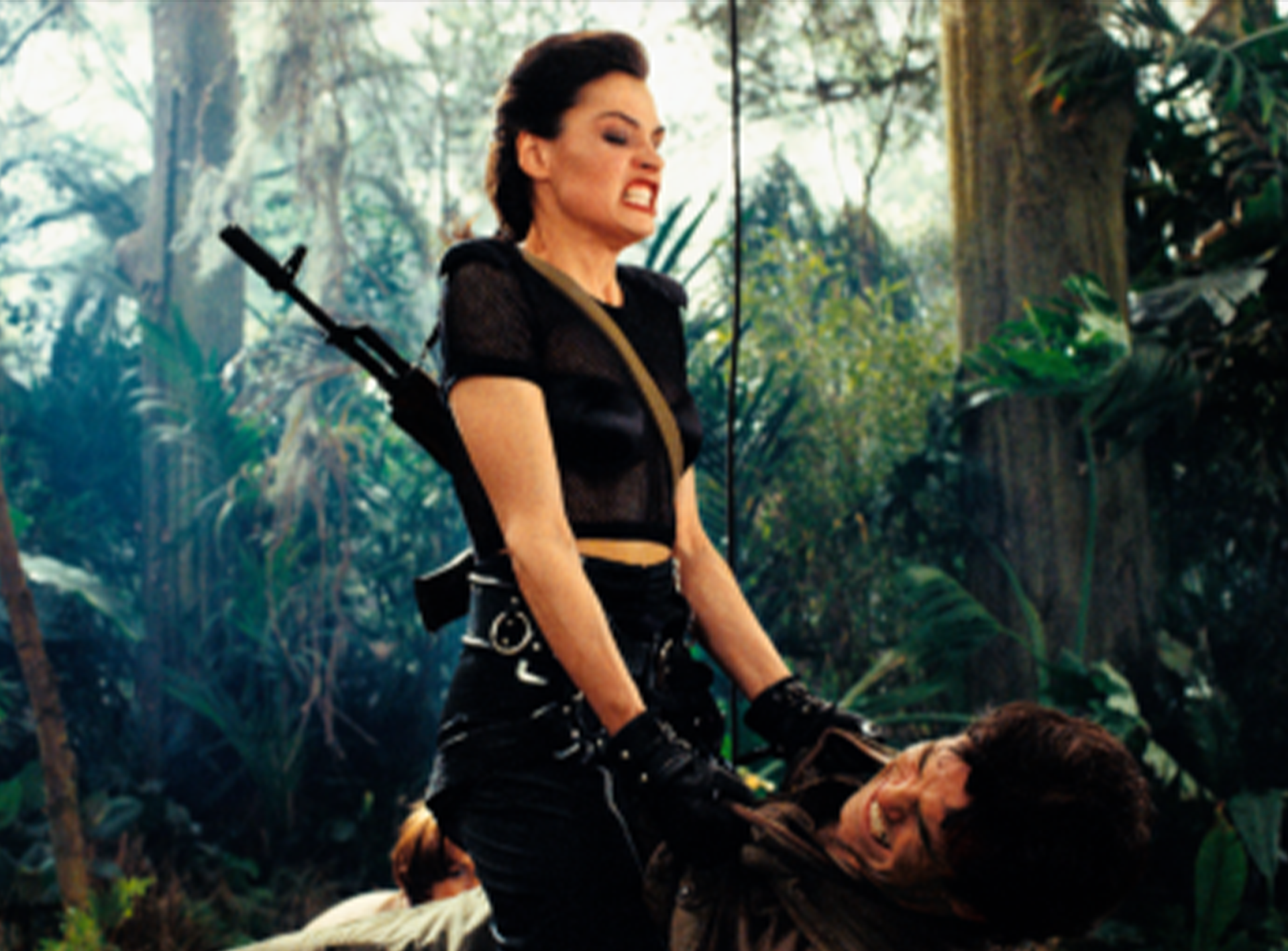 Seductive, sadistic and psychotic, ex-Soviet pilot Xenia Onatopp (Famke Janssen) is a femme fatale to be reckoned with. Dressed in leather or outlandish gowns, she gains sexual satisfaction from killing, her preferred method of murder crushing helpless men between her thighs.

Onatopp is a key figure in the Janus Crime Syndicate operated by Alec Trevelyan. She first meets Bond in a red Ferrari chasing 007’s Aston Martin DB5 down the twisty roads heading towards Monte Carlo. After meeting him in person in the casino, she does what she does best, killing Canadian Navy Admiral Chuck Farrel by her trademark move. She subsequently shoots two French pilots and steals the Tiger, the latest NATO helicopter immune to all electronic interference. Under General Ourumov’s leadership, she participates in the murder of the staff at the Severnaya satellite station in Siberia and the destruction of the area holding the GoldenEye weapons system.

In St. Petersburg, Xenia kidnaps Natalya Simonova and attempts to ensnare Bond. After a sexually charged fight in a steam room, Bond cajoles Xenia into taking him to Trevelyan then knocks her unconscious. 007 rescues Natalya yet she is recaptured by Xenia and Ourumov who hold her hostage on board an armoured train as bait to draw in Bond. Xenia and Trevelyan head to Cuba leaving 007 and Natalya to escape just as the train explodes.

They meet again in Cuba, when Xenia rappels from a helicopter to ambush Bond. 007 shoots the pilot, sending the helicopter spiralling out of control, flinging Xenia into the fork of the tree. With the weight of the helicopter fastening her to the branches, Xenia discovers, in an ironic twist, what it means to be crushed to death.