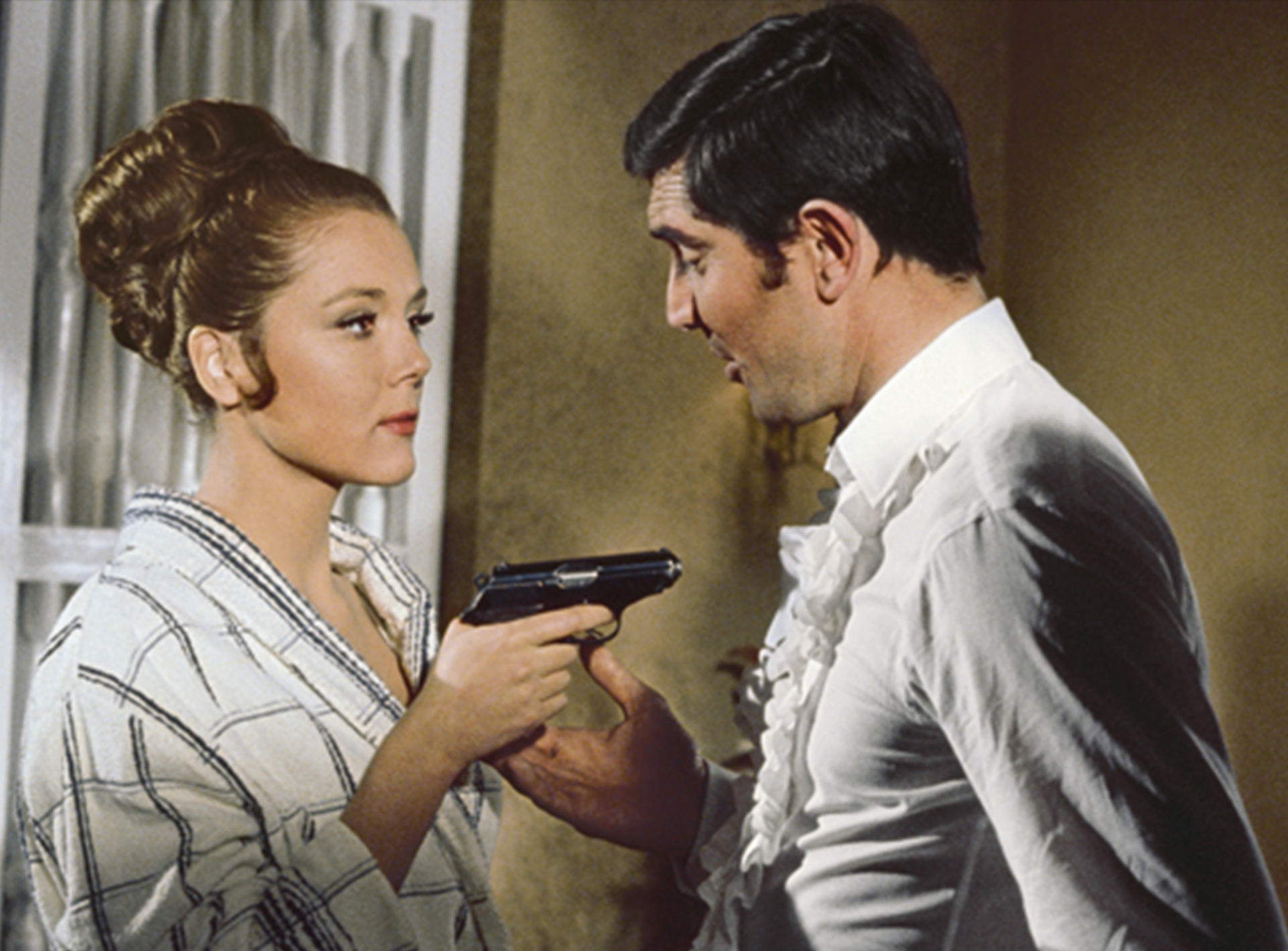 In On Her Majesty’s Secret Service Bond (George Lazenby) first meets Tracy Di Vicenzo (Diana Rigg) when she is at her very lowest point, attempting suicide walking into the sea in Portugal. Bond saves her but she soon flees. In the casino at Estoril, she recklessly gambles with money she does not have, and Bond volunteers to cover her losses. They later meet in 007’s suite.

The next morning Tracy’s father, the head of the biggest European crime syndicate Union Corse, Marc Ange Draco (Gabriele Ferzetti) kidnapped Bond. It is here that Tracy’s father reveals her troubled past to Bond and offers him information on Blofeld in return for Bond spending time with Tracy.

Tracy and Bond meet again at her father’s birthday celebrations. There, she discovers her father’s arrangement. Angry, Tracy nearly leaves, but Bond confirms his feelings for her are genuine. They remain together until Bond disappears on assignment to Switzerland to find Blofeld.

Tracy pries his location out of her father and rescues James from Irma Bunt and a host of SPECTRE killers. During a blizzard, Bond and Tracy take refuge in a barn, where Bond proposes marriage. The next morning, Blofeld captures Tracy and holds her prisoner at his clinic, Piz Gloria, until her father and 007 arrive, rescue her, and destroy Blofeld’s labs.

Bond returns to Portugal and buys Tracy an engagement ring. At their wedding, Draco offers Bond a dowry of £1 million, but 007 refuses. Leaving on their honeymoon, Tracy expresses her desire to have three boys and three girls. Bond tells Tracy, “We have all the time in the world.” A Mercedes approaches with Blofeld at the wheel. From the rear window, Irma Bunt fires nine shots from an MP40 submachine gun. One bullet hits Tracy, killing her instantly. Her death remains one of Bond’s few unhealed wounds.