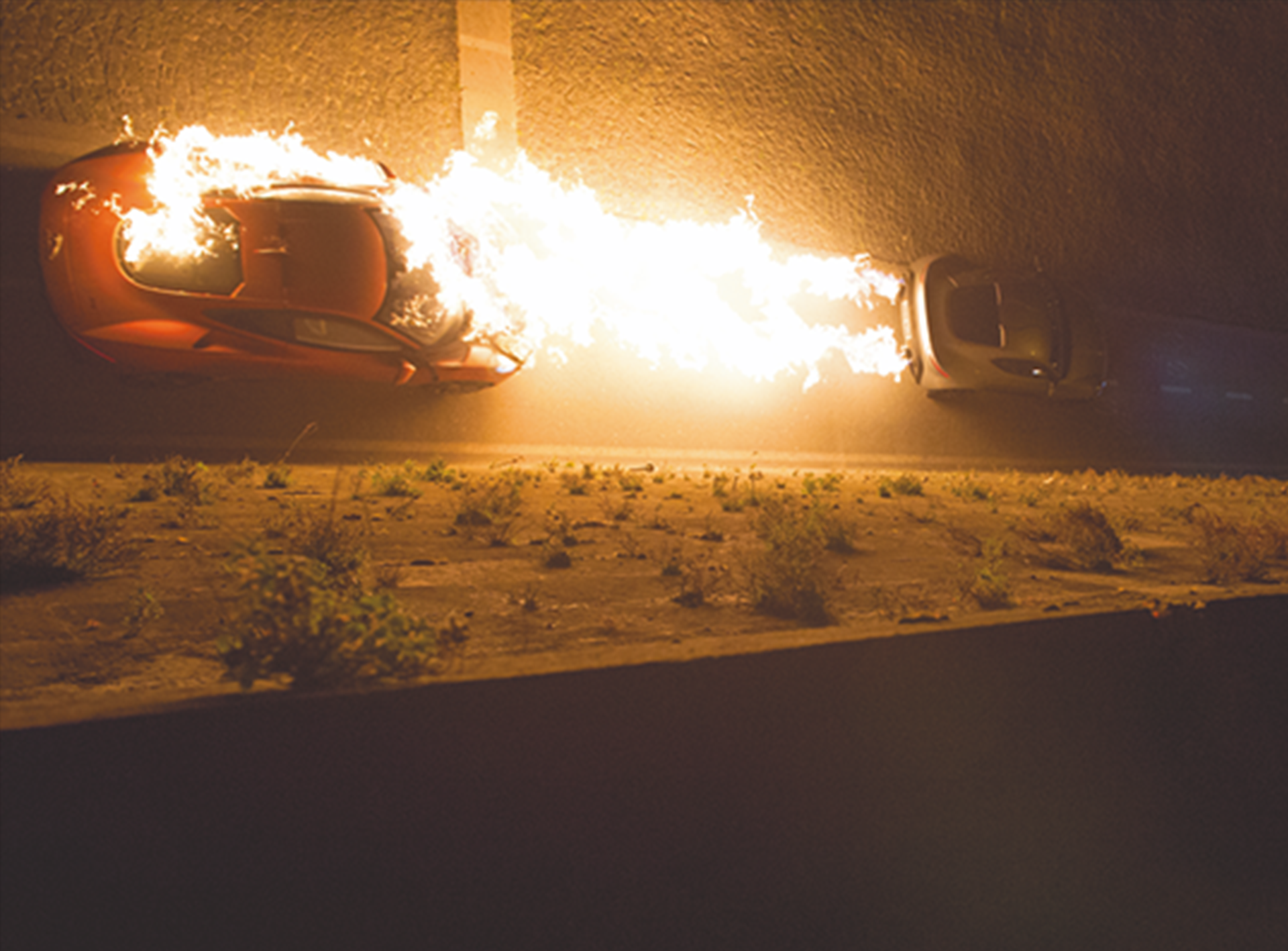 On February 19 2015, the Spectre unit began shooting the exciting car chase through the cobbled streets and alongside the river Tiber in Rome.

As Sam Mendes put it, “I loved the car chase being a one-on-one speed battle, a game of cat and mouse between two of the fastest cars in the world, neither of which had been seen before.”

Director Sam Mendes conceived the sequence with three elements running parallel; Hinx in relentless pursuit of Bond, 007 calling Moneypenny to track down ‘The Pale King’ at Lake Altaussee and a lighter strand of Bond experimenting with the DB10’s gadgets. “Bond steals the car from Q’s workshop without really knowing what it does,” says Mendes. “That just adds another little twist.”

The Rome location raised the challenge of shooting a car chase in one of the busiest cities in the world. Associate Producer Gregg Wilson recalled “Via Nomentana was one of the longest city lock-offs our location department had ever done — it was about three kilometres of main roads entering Rome.” The cars swerve down the Scala de Pinedo steps and onto the towpath of the Tiber. Concrete wedges, disguised as cobbles were placed on the steps as protection and the walls were clad in steel, painted over to look like concrete, to avoid damage from the DB10’s flamethrower. Care was taken to preserve the city’s rich heritage.

With cars jumping and landing at speeds of 70mph the rigours of filming demanded eight Aston Martins and seven Jaguars be on hand. Without the easy option of a factory providing spare parts, three crews worked day and night to keep the cars on the road.