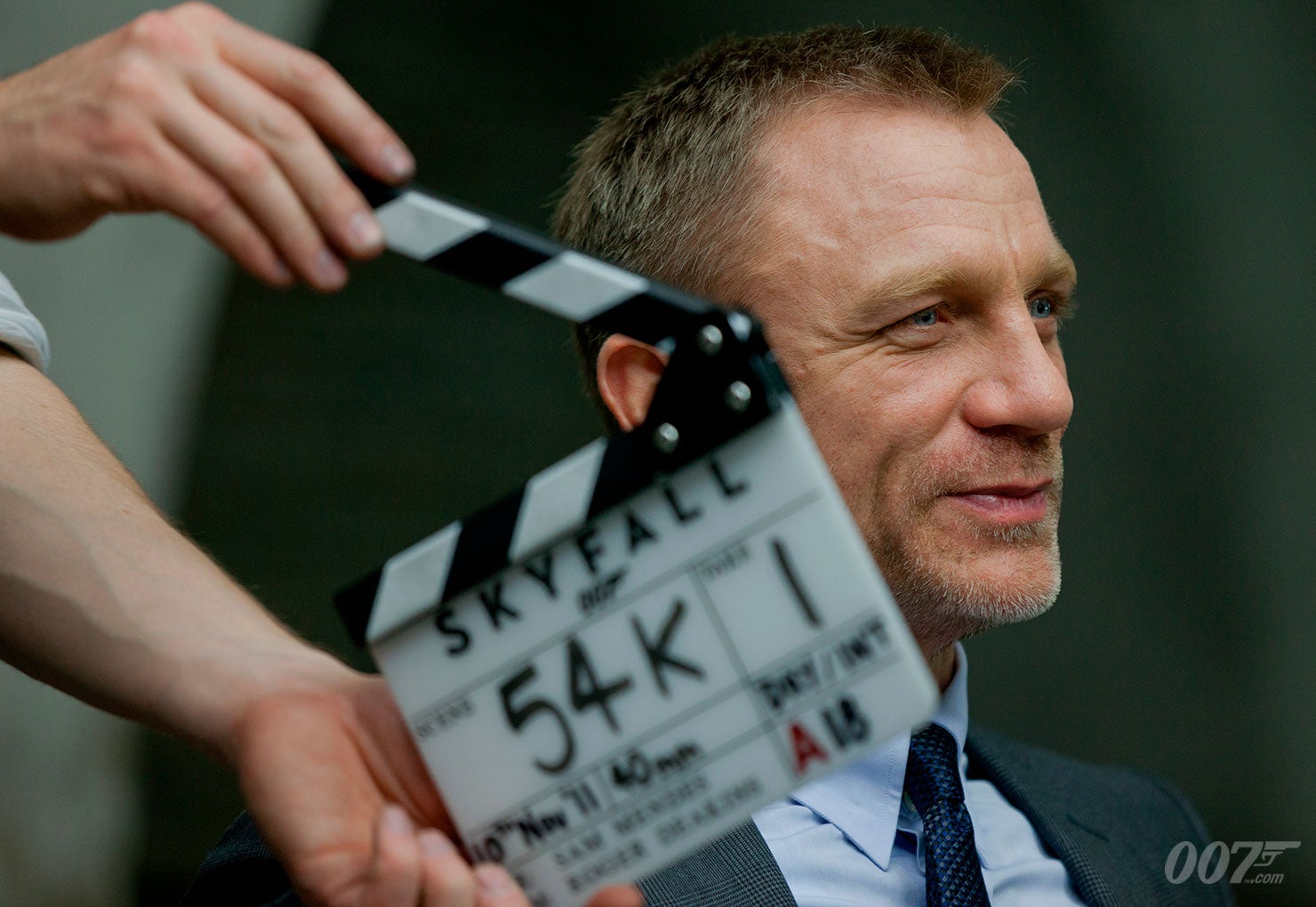 Synopsis: Daniel Craig returned for his third outing as 007 in Skyfall, the 23rd James Bond film. In Skyfall, Bond’s loyalty to M (Judi Dench) is tested as her past returns to haunt her. 007 must track down and destroy the threat, no matter how personal the cost. When Bond’s latest assignment goes gravely wrong and several undercover agents around the world are exposed, MI6 is attacked, forcing M to relocate the agency. These events cause her authority and position to be challenged by Mallory (Ralph Fiennes), the new Chairman of the Intelligence and Security Committee. With MI6 now compromised from both inside and out, M is left with one ally she can trust: Bond.  007 takes to the shadows – aided only by field agent, Eve (Naomie Harris) – following a trail to the mysterious Silva (Javier Bardem), whose lethal and hidden motives have yet to reveal themselves.

“Bond with a capital B” was Daniel Craig’s desire for Skyfall. It also turned out be the most personal look at the character to date, and revealed the turmoil and conflicts of 007’s inner life in ways audiences had never seen before.

The early ideas for the story were very different to the finished film. When director Sam Mendes, an Academy Award winner for American Beauty, came on board, he signalled a change in direction. “It needs to be about Bond only,” Mendes said. “He is the story.”

Subsequently, Wade and Purvis’ first draft screenplay — titled Nothing Is Forever — had many of the elements of the finished film in place. Bond meets a new Quartermaster; a villain called Raoul Sousa (changed to Silva) wants revenge on M and executes a metro train crash (this time in Barcelona not London) as a diversion to get M to a safe house. Following her death, a bureaucrat called Mallender (Mallory in the film) takes over the position. In a later draft, Wade and Purvis introduced a third act set in Bond’s ancestral home named Skyfall. Mendes invited John Logan to collaborate on the script, bringing back Moneypenny as a field agent, giving her a first name — Eve.

Javier Bardem signed on to play Silva — early versions of the script dubbed the villain ‘Javier Bardem’ in anticipation of the actor joining the cast. The rest of the line-up was equally stellar; Ralph Fiennes as Mallory; Naomie Harris as Eve Moneypenny; Bérénice Lim Marlohe as Severine; Ben Whishaw as Q; and Albert Finney as Skyfall’s game keeper Kincade. Judi Dench returned as M for the character’s swansong.

The first ten weeks of shooting during early 2012 took place mainly in locations in Central London while a splinter unit shot exteriors in Shanghai, China. For the pre-titles sequence, in which Bond chases Ola Rapace’s Patrice on a speeding train, the unit travelled to the Turkish cities of Istanbul and Adana. Both Craig and Rapace performed their own stunts, attached to safety wires atop a train travelling at 30mph above a 300ft drop.

Back at Pinewood, production designer Dennis Gassner created numerous sets including a spectacular Macau Casino and Silva’s Dead City Lair. On the 007 stage, special effects supervisor Chris Corbould devised and executed a London underground train crashing into a service chamber. An overhead track was fitted with two-full sized carriages hung underneath and hooked up to a powerful truck and cable system. This facilitated two carriages weighing approximately 15 tons to get up to speed and then dip down onto the set. Ten cameras controlled remotely captured the stunning one-take stunt.

Long time Mendes collaborator Thomas Newman composed the score for Skyfall, earning a BAFTA Award for Best Film Music. The theme song was written by singer-songwriter Adele and producer Paul Epworth and released on October 5th as part of Global James Bond Day, celebrating the 50thanniversary of Dr. No. It became the first Bond theme to win at the Golden Globes, the Brit Awards, the Academy Awards and the Grammy’s.

Prior to Skyfall’s October release, Daniel Craig featured in a segment of the 2012 Summer Olympics Opening ceremony alongside Queen Elizabeth II, directed by Danny Boyle. The film itself had its Royal Premiere at the Royal Albert Hall on October 23, 2012. It became the first in the series to be shown on IMAX screens and the highest grossing 007 film to date.