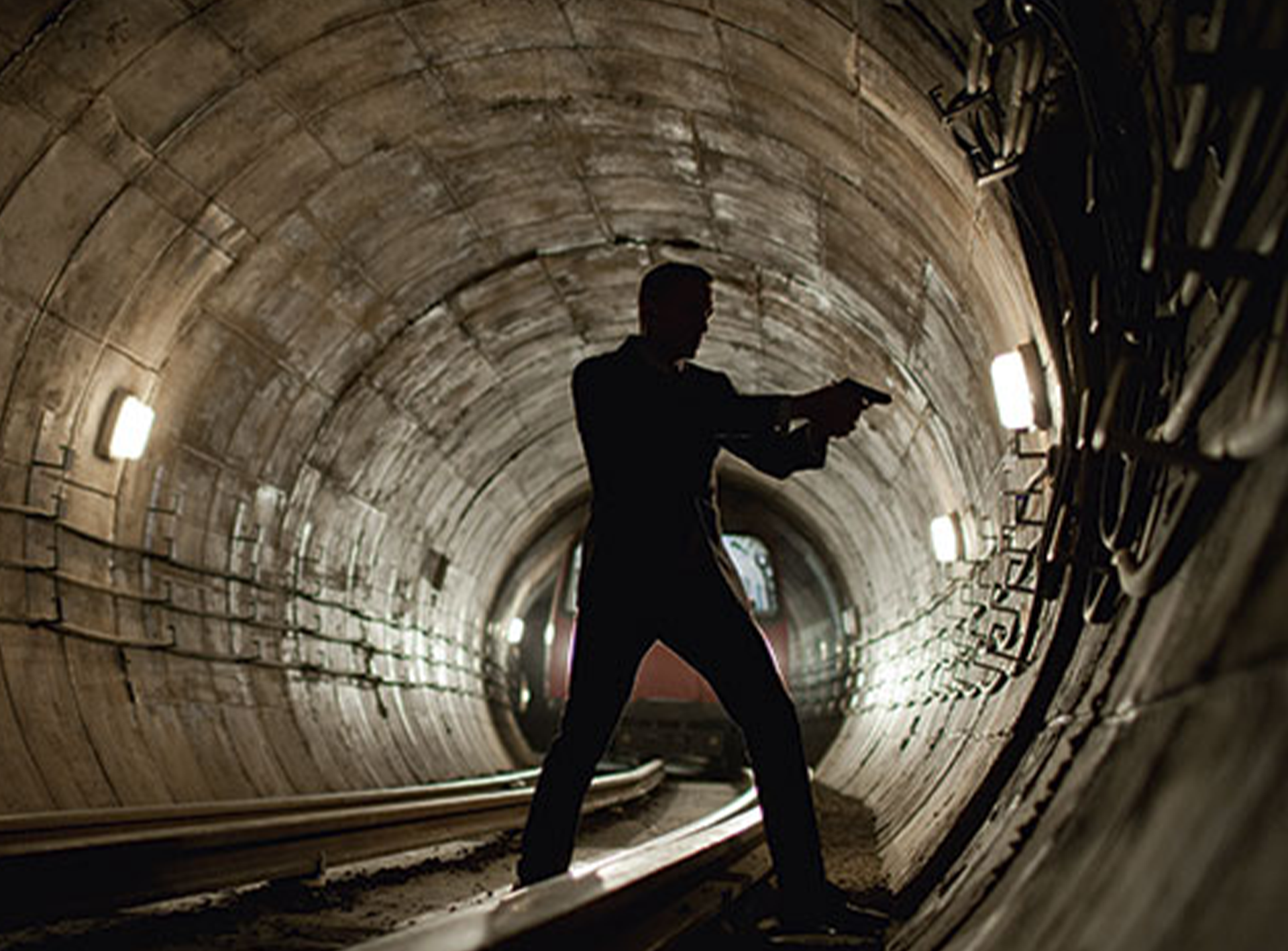 One of Skyfall’s (2012) standout stunt sequences is a chase through London’s underground system. After Silva (Javier Bardem) escapes from MI6’s new subterranean HQ, Bond pursues him through an underground station, running through ticket areas, corridors and platforms before leaping onto a speeding tube train as the criminal mastermind, disguised as a policeman, evades him.

Prior to the main unit shooting on the sequence’s climax on April 3 2012 on the 007 stage at Pinewood, both the main unit, directed by Sam Mendes and second unit, led by Alexander Witt, shot interiors at Charing Cross Station. Here the crew captured the moment where Silva slides down the escalators and Bond follows suit.

“We came up with this sliding rig that made it much easier for the actors and we could put the camera close to them,” recalled stunt coordinator Gary Powell. “Javier and Daniel went down on the rig, then Daniel did the slide by himself which was great because it gave us more options for the camera and gave us so much more energy to the scene.”

007 finally catches Silva at gun point in a service area just as the criminal detonates a hole in the roof. A tube train comes crashing through allowing Silva to escape. The stunning sequence was the brainchild of special effects and miniature effects supervisor Chris Corbould.

“During pre-production, Sam rang me and said, ‘We’ve got the great chase in the underground of London but I feel we are short of one spectacular set piece,’” recalled Corbould. “That night I dreamt about a train crash. I mentioned it to Sam and it evolved from there. I didn’t realise how big it would become. It turned into a monster.”

Corbould and his team fitted an overhead track like a rollercoaster with two full-sized carriages hung underneath and linked to a powerful truck and cable system. This allowed the two 60 ft long carriages to get up to speed and then dip down into the set. With the vicinity cleared of crew personnel for safety reasons, ten remotely operated cameras covered the crash from practically every conceivable angle.

“We were concerned about stopping it,” recalled Corbould. “The carriages weighed something like 15 tons and we only had a small area to stop it in. I think it stopped about an inch before it hit the side of the water tank on the 007 Stage. It was one-off and it worked a treat.”