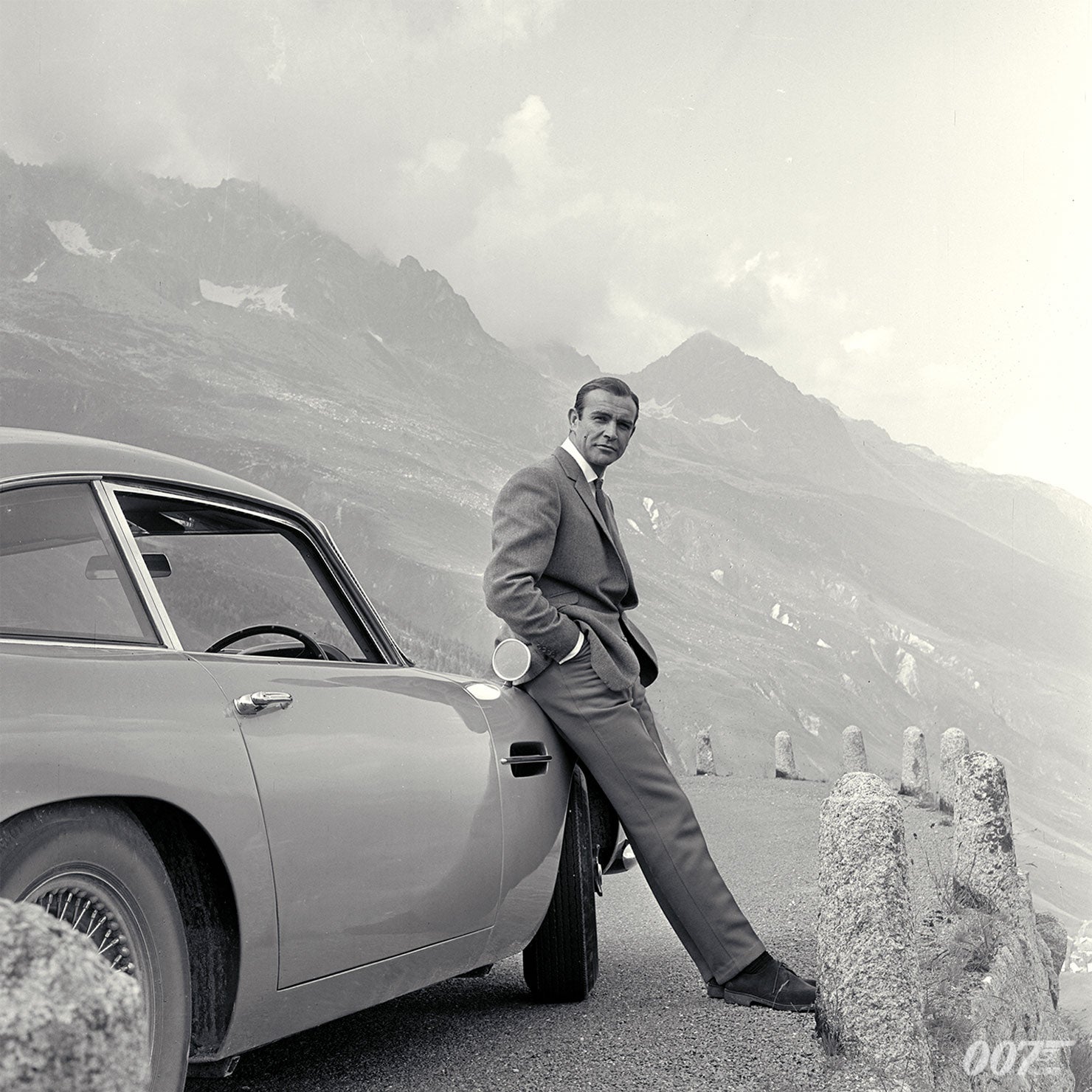 Sean Connery was the first actor to play Ian Fleming’s James Bond. His sense of style, self-confidence, always with a dash of humour and charisma, helped defined the cinematic 007.

Thomas Sean Connery was born in Edinburgh, Scotland on 29 August 1930.  His upbringing in working class Fountainbridge was a far cry from the privileged background of Fleming’s Bond. Leaving school in his teens to work on a milk delivery route, he joined the Navy at an early age and subsequently worked as a bricklayer, lifeguard and French polisher. In his spare time he enjoyed bodybuilding and earned a bronze medal in the 1953 Mr Universe competition. Here, he learned a production of South Pacific was looking for male dancers for the sailor’s chorus. A natural athlete, he landed a role and started a career as a professional actor.

Following a brief flirtation with a career in football — manager Matt Busby offered him a contract to play for Manchester United — Connery joined a suburban London repertory company giving him exposure and experience on a weekly basis. He started gaining roles in low budget films including 1957 Action Of The Tiger directed by Terence Young, who promised the young actor a much better role in the future.

Connery garnered strong reviews taking the lead in Requiem For A Heavyweight after Jack Palance dropped out. Roles in Hollywood films such as Another Time, Another Place and Darby O’Gill And the Little People followed, leading to a variety of film, theatre and television roles but no big break.

After Cary Grant and James Mason had refused to sign contracts for multiple films, Broccoli was looking for an unknown to play his new secret agent hero and remembered Connery from Another Time, Another Place. Broccoli arranged for a screening of footage from Darby O’Gill And the Little People and invited his wife Dana for another perspective. “That’s our Bond!” she exclaimed. Dana’s enthusiastic reaction confirmed Broccoli’s instincts and the actor was called in for a meeting.

In the summer of 1961, Connery entered the Mayfair offices of producer Albert R. Broccoli for a meeting that would change his life “Connery walked into our office and had a strength and energy which I found riveting,” recalled Broccoli. “Physically, and in his general persona, he was too much of a rough cut to be a replica of Fleming’s upper-class secret agent. This suited us fine, because we were looking to give our 007 a much broader box-office appeal, a sexual athlete who would look great in Savile Row suits but with the lean mid-riff of a character who starts his day with 20 push-ups. Everything about Connery that day was convincingly James Bond.”

After the meeting was over, Broccoli, his producing partner Harry Saltzman and United Artists executive Bud Ornstein watched Connery stride across the street, his gait informed by movement lessons from Swedish dancer and drama teacher Yat Malmgren. “He moved,” Saltzman said later, “like a jungle cat.” They knew they had found their 007.

Dr. No director Terence Young, who had worked with Connery in Action Of The Tiger, became a pivotal figure in shaping the actor as Bond, taking him to restaurants and teaching him how to order expensive food and fine wines. “Terence insisted that Sean actually sleep in his Savile Row suit, together with his shirt collar and tie, so that he could wear it with the ease and nonchalance everyone associated with Bond,” remembered stunt coordinator Bob Simmons.

The role fit like a glove. Connery played 007 six times in EON Production’s Bond films. From Dr. No to Diamonds Are Forever, his adventures established the panache, danger and wit of the character.