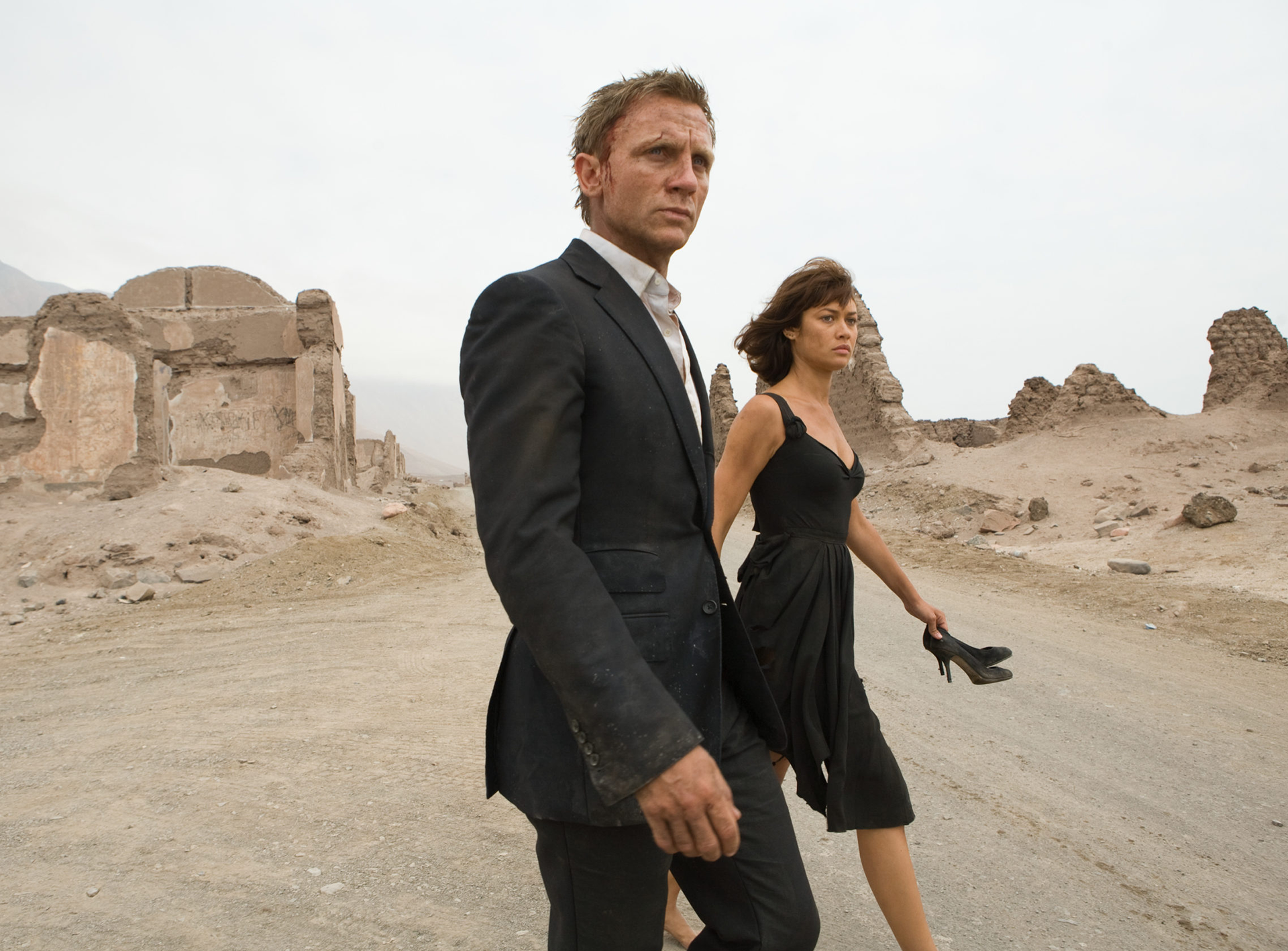 Quantum Of Solace (2008) represented a first in the 007 series. With the action picking up just ten minutes after the end of Casino Royale (2006), it became the first direct sequel produced by EON Productions.

The idea for the film initially had much closer ties to Casino Royale, with Bond going in search of Vesper’s boyfriend. The finished story ultimately took a different path. Bond’s search for the reasons behind Vesper’s betrayal brings him into contact with Quantum, a sinister organisation with operatives all over the world. 007’s investigation takes him to Haiti, where he meets Camille, an agent looking to avenge the death of her family at the hands of former Bolivian dictator General Medrano. Camille leads Bond to Dominic Greene, the CEO of eco-friendly company Greene Planet and a high-ranking member of Quantum. Greene, who is in league with Medrano, is plotting to store away Bolivia’s water supply underground with the idea of using it as leverage to run the entire country.

Marc Forster (Monster’s Ball, Finding Neverland) was hired to direct a screenplay by Paul Haggis, Neal Purvis and Robert Wade. On January 25 2008, the production confirmed the title as Quantum Of Solace, after a 1960 Ian Fleming short story in which Bond is told an anecdote over dinner in Jamaica. “Ian Fleming always had an emotional line through his books,” recalled Daniel Craig. “Quantum Of Solace is a moving story debating relationships and how they hurt. He suggests if you don’t have a quantum of solace in your relationship, you should give up.”

Quantum Of Solace filmed in more overseas locations than any previous Bond film to date — 13 out of the 22 weeks were on location. Filming started at Pinewood Studios, the production travelled to Panama City and Colón in Panama and the Atacama Desert in Chile before moving onto Italy, visiting Siena, Carrara and Lake Garda. The main unit ended in Bregenz, Austria, with additional aerial sequences shot in Mexico. For a moment when Bond and Camille freefall out of a DC-3, the unit took over the world’s largest sky-diving wind tunnel in Bedford. Working with stunt coordinator Gary Powell, Craig and Kurylenko simulated the experience of freefalling at 170 mph.

The film’s other stunning action set-pieces included a rooftop foot-chase in Siena, a high-speed pursuit through the streets and tunnels of Lake Garda and a boat sequence shot in Colón doubling for Haiti. The production took a more believable approach to spectacle. As Producer Barbara Broccoli puts it: “One of the reasons we had much more realistic action was because Daniel was able and wanted to do it. When your leading-man does it, then everyone follows suit.”

Quantum Of Solace had its royal world premiere on 29th October 2008 at the Odeon Leicester Square. Opening to the public two days later, the film would go on to earn a phenomenal box office gross of $586 million.