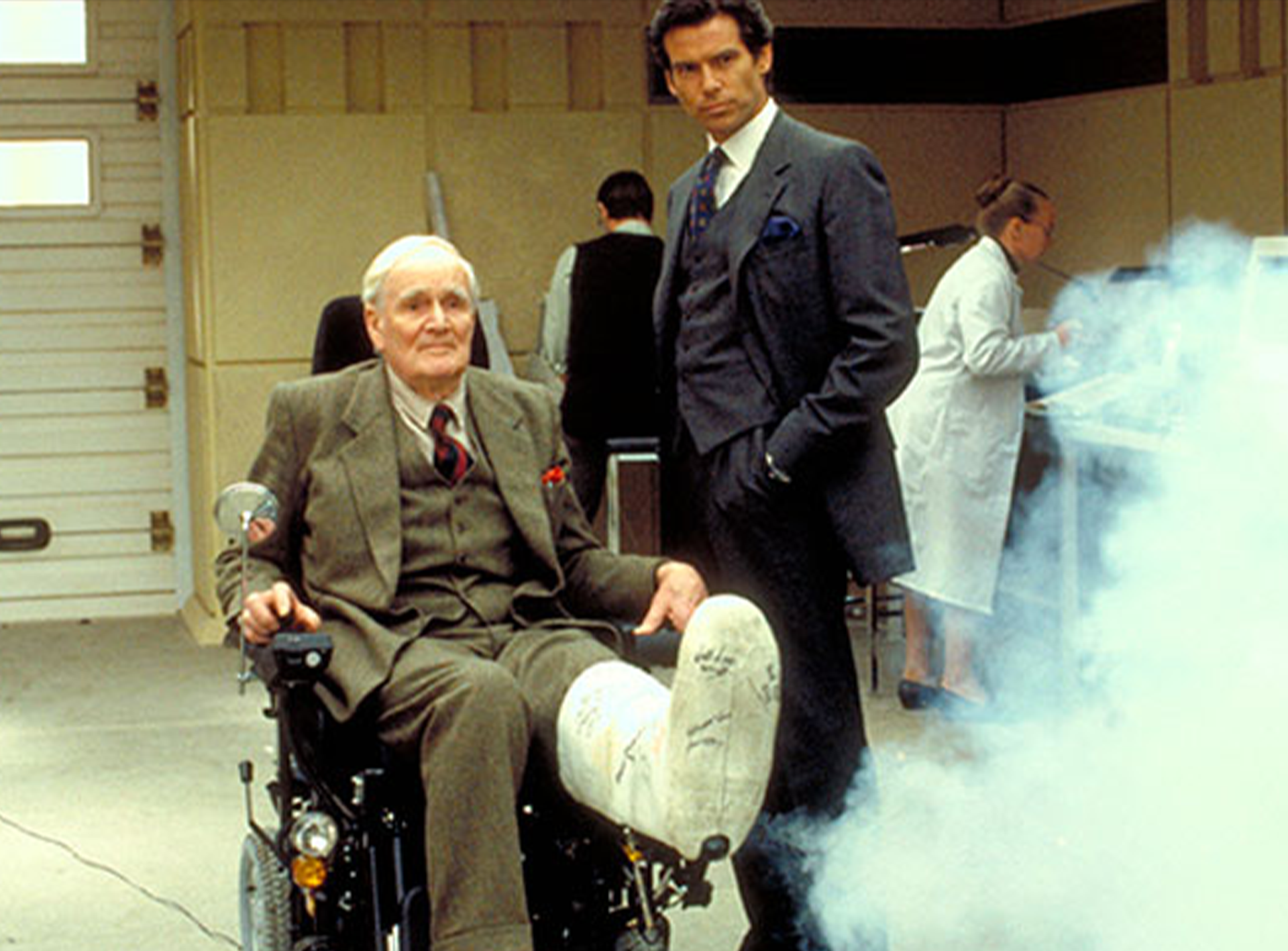 Q is so much more than the Quartermaster his initial stands for. An endlessly inventive scientific genius, he runs a department within British Intelligence that stands at the forefront of technological innovation and often lifesaving ingenuity. His creativity and craftsmanship have rescued Bond in tight situations on many occasions.

After Peter Burton played armourer Major Boothroyd in Dr. No (1962), Desmond Llewelyn stepped into the role in From Russia With Love (1963), the first time the character is addressed as Q. He presents Bond with a seemingly normal attaché case that conceals some exotic but deadly gadgets; .25-calibre ammunition, a flat throwing knife, an ArmaLite AR-7 folding sniper’s rifle and a tear gas cartridge disguised as a tin of talcum powder — the latches must be turned horizontally before opening or the cartridge will explode.

In Goldfinger (1964), Q’s irritation with Bond’s wit (“Now pay attention”) and reckless disregard for his equipment comes to the fore. In return, Bond regards Q as a slightly dotty inventor. This sense of unease continues between the pair as Q travels into the field with bespoke gadgetry, be it in the Bahamas (Thunderball, 1965) and Japan (You Only Live Twice, 1967). The ice finally melts between the pair when Q attends Bond’s wedding to Tracy Di Vicenzo in Portugal (On Her Majesty’s Secret Service, 1971), finally demonstrating affection for the man who has used — and often abused — his equipment while saving the world. This sense of warmth and loyalty between the two men is evident when, in Licence To Kill (1989), Q travels to Isthmus a city with a bag of tricks to help Bond in his personal mission of vengeance against Franz Sanchez.

Just as Bond’s adventures have broadened in scope, so have Q’s operations, setting up bustling research labs in Egypt, Brazil and India. His technical wonders have also grown even more ambitious; a portable stereo housing a rocket launcher, a fake sleeping gaucho (South American horseman) that splits in two to reveal two firing machine guns and a set of bagpipes that transforms into a flame-thrower.

Llewelyn’s Q retired in 1999, mentoring his assistant R to become his replacement. He delivers his final piece of advice to Bond — “Never let them see you bleed and always have an escape plan” — as he exits on an elevator.